The annual National Geographic Photo Contest is now accepting entries. Every year photographers from around the globe share photographs that transport us to another place, connect with us emotionally, or stir us to action.

Official categories are People, Places, and Nature. The contest begin on September 1, 2015 and will be accepting entries until November 16, 2015 at 12:00 pm EST. Entry fee is $15 per submission and prizes include:

Click here to submit your own photo to the 2015 National Geographic Traveler Photo Contest.

Calbuco Volcano is located in the lakes region south of Santiago, Chile’s capital city and is one of the 10 most dangerous volcanoes in the country. After more than 40 years of inactivity, the day April 23 the volcano erupts, spewing more than 200 million tons of ash and causing the evacuation of more than 2,000 people. In the picture is seen one of the most violent moments of the eruption, which occurred in the early hours of April 24.

Nepal is a special place to me for a number of reasons and I was fortunate enough to go back to see the Himalayas on a trek that offers amazing views of Mount Dhaulagiri and Mount Annapurna. The mountain landscape continued to blow my mind! After a strenuous and exhausting 6 hour trek to Kopra Ridge, I took this photo of Mount Dhaulagiri at sunset. In the foreground, a local Nepalese man is helping usher his mules up the ridge to a nearby eco-lodge that was in the middle of construction.

3. The Fire Down Below

The effect is entirely natural but decidedly surreal as the swirling tannins of the Santa Fe River mix with clear spring water as Lesley Gamble begins her dive at of Devil’s Ear Spring in North Florida. The Land of a Thousand Springs, Florida is home to the largest collection of freshwater springs in the world. 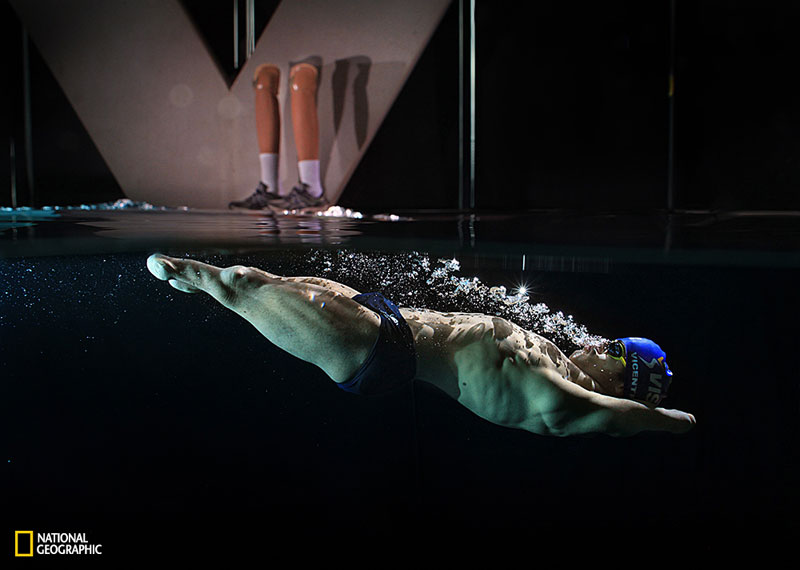 Born in 1991 with significant disabilities in all four limbs, Ahmed Kelly was left at a Baghdad orphanage where he spent the majority of the first seven years of his life. He was adopted by an Australian woman, Moira Kelly, and now lives and in Melbourne. Ahmed finished forth in the London 2012 Paralympic Games for 50m Breaststroke, and is in great shape to win a medal in twelve months when the Paralympics start in Rio, Brazil. Picture: Alex Coppel.

5. The look of nature

Flamingos are going to fly 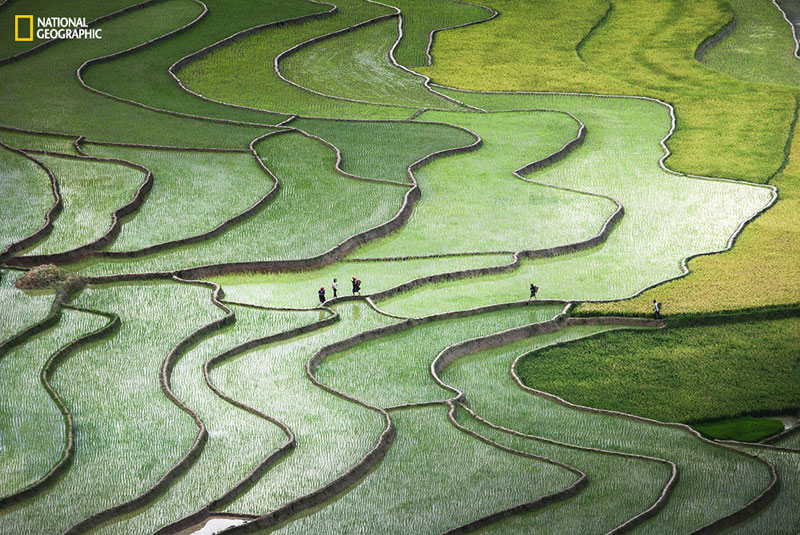 Terrace rice paddies in Tu Le Valley, Yen Bai province, north Vietnam at the beginning of new season. The Hmong people are crossing the fields on their way home at the end of the working day.

Even though there were a lot of people in Ben Youssef, still here was more quiet and relaxing compare to the outside of street in Marrakesh. I was waiting the perfect timing to photograph for long time. 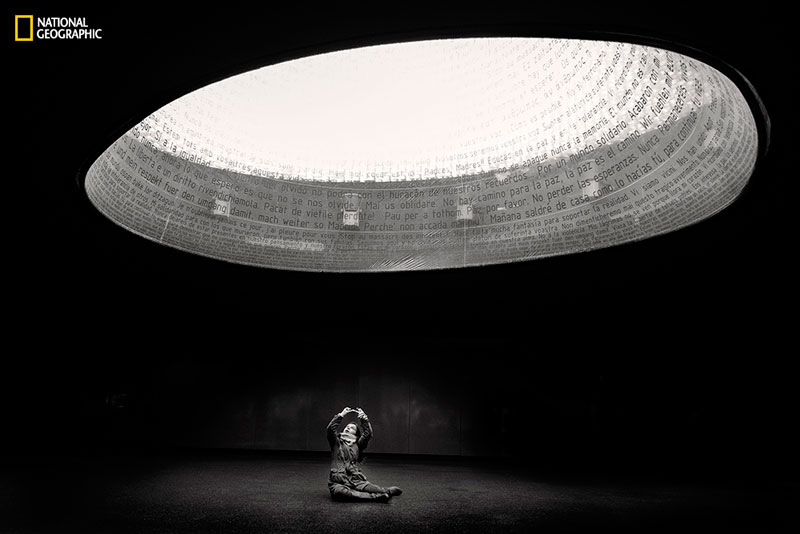 This aerial shot was taken from a small plane over Namib desert, Namibia

Mt. Hakkoda is snowy mountains to watch the rime in Aomori Japan. All around is covered with white world.

I arrived at my guest house in Varanasi at 5:30am, I instinctively climbed the 7 sets of stairs to the rooftop (which happened to be the highest in the vicinity) to see the sunrise over the famous Ganges River. As the sun was rising I looked over the right hand side of the balcony and my jaw dropped with disbelief. Below were families – mothers, fathers, children, brothers, sister and dogs all sleeping on the top of their houses. It was mid summer in Varanasi and sleeping sans AC was difficult.

A young Daasanach fisherman guts and cleans a fish on the Eastern shore of Lake Turkana near the boarder of Ethiopia and Kenya. The Daasanach are Kenya’s second smallest tribe with between 60,000-80,000 members. They are traditionally nomadic, roaming between the two countries although with continued drought over the last 20 years about 30% have looked to the lake for food and income in fishing.

Kokia is one year grass. This hill is planted nemophila before spring, it replanted to Kokia before summer. Kokia summer grew up in green, will autumn leaves to fall.

Russia, Yakutia, rock pillars on Sinyaya river (tributary of Lena river). Locals call this group of pillars “Singing rocks” because of the wind whistling in them sometimes. In the summer of 2015 UNESCO recognized Sinyaya Pillars as part of the Lena Pillars Nature Park world heritage site

17. Enchantment of light and shadows 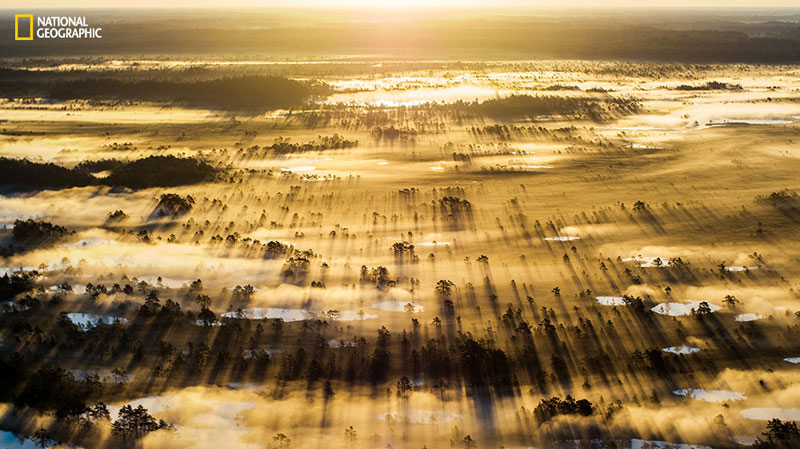 After the sunset we saw that fog was forming and hoped that it would not fade away till morning so we set our alarm clock 3 hours before sunrise. Then we drove for two hours to the location and along the road we could see through the trees that the bog was fully covered in fog. We quickly set up our octocopter drone and flew over the trees, the opening view was breathtakingly beautiful – sunrays, fog, shadows, pools.

The Aurora Borealis making a grand appearance over Kirkjufell Mountain.