Like so many projects, the ‘sharpie art car’ evolved from humble beginnings. Back in 2010, Collen Kelton was in the market for a GT-R. He was looking for a ‘midnight purple’ version but the only two he found were asking too much—so he ended up with a silver 1995 Nissan Skyline R33 GT-R. In a lengthy thread on Skyline Owners Club, Kelton explained silver was his second least desired colour after white. 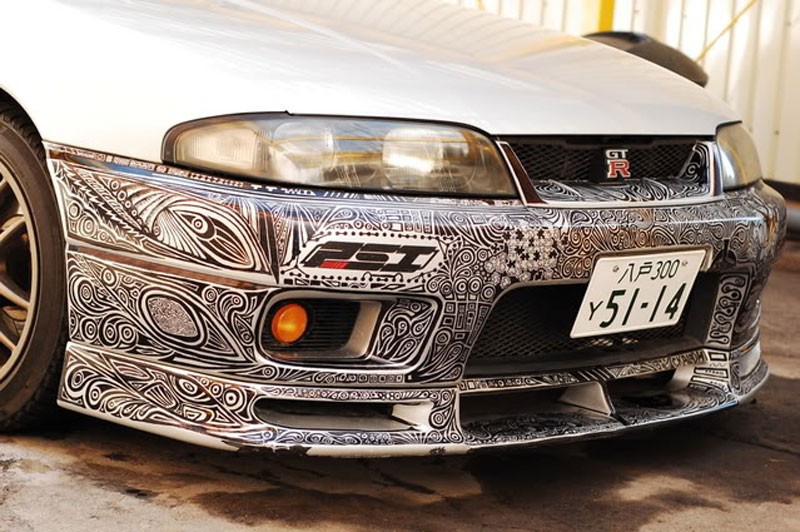 15 hours of sharpie drawing later and the bumper was complete. Not only were the scratches a distant memory but the sharpie design looked really cool! Kelton decided to scrap the paint job and gave Allison the green light to go nuts on the car. And did she ever… 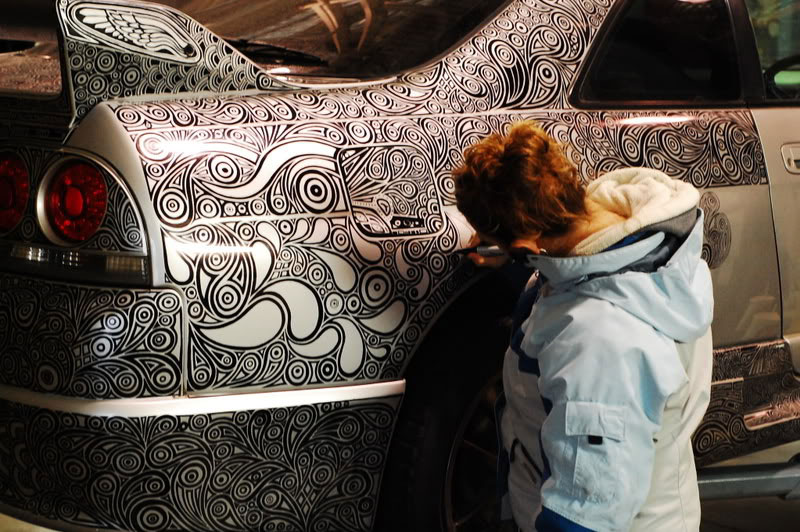 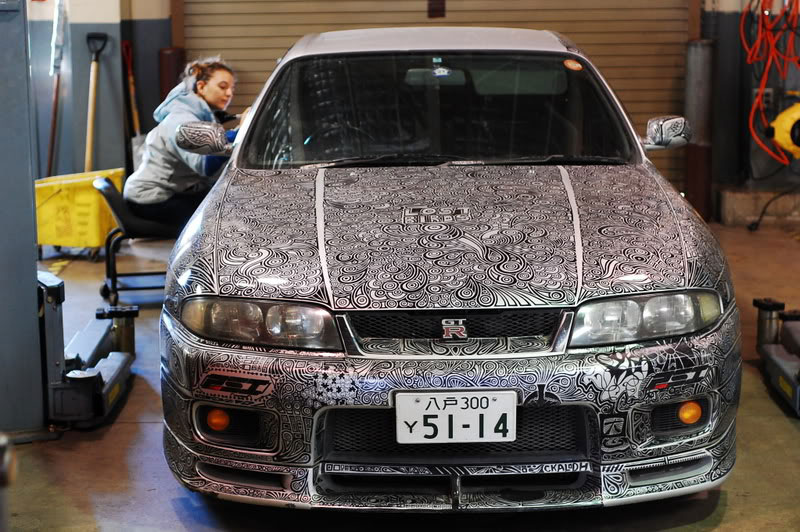 In addition to the amazing, one of a kind paint job, the car has also been highly modified and customized by Collen. You can track the entire build journey in a detailed thread on the Skyline Owners Club forum. If you dig the artwork, be sure to check out more from Allison on her website. She also has an Etsy store with some of her crafts for sale.

The talented husband and wife are also musicians and have a band together called Lost Birds. Allison is the vocalist while Collen plays all of the instruments. You find them on Bandcamp and Facebook. 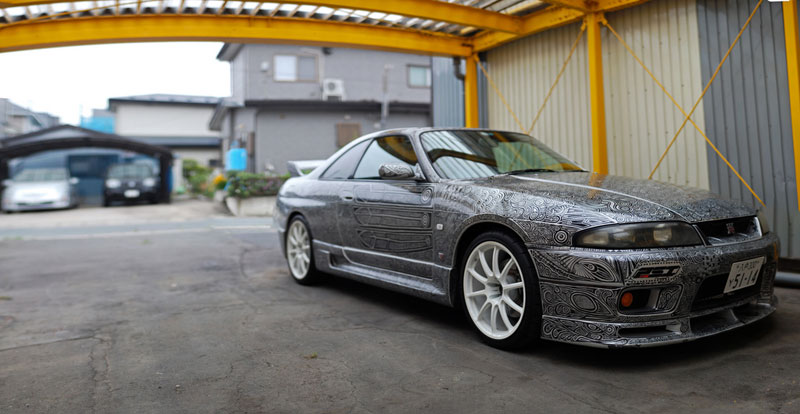