Alexander Groves and Azusa Murakami of Studio Swine recently sailed 1000 nautical miles, collecting discarded plastic as they made their way from the Azores to the Canaries via the North Atlantic Gyre.

Onboard was a ‘solar extruder’, a machine the two designed and built that melts and extrudes sea plastic by harnessing the power of the sun.

The two then created five beautiful works of art from the discarded plastic in a wonderful project and film entitled, Gyrecraft. Groves and Murakami explain:

Gyrecraft is an exploration into maritime crafts which exists in every coastal or island culture around the world each with its own unique identity, utilising what the sea provides. Many of these crafts took place onboard boats during long voyages as a way of making vital repairs or passing the time at sea.

In the swirling gyre, most of the plastics have broken down into tiny fragments which are spread over massive stretches of the Ocean. Due to their size, they are incredibly difficult to recover in any large quantity making this once disposable material very precious. In the Gyrecraft collection Studio Swine uses sea plastic as a valuable and desirable material reminiscent of turtle shell and corals. The 5 objects represent the 5 major Ocean gyres. [source]

Before examining the works below, check out the embedded video first to get a feel for the project and the end results. For more from Swine, check them out at the links below. 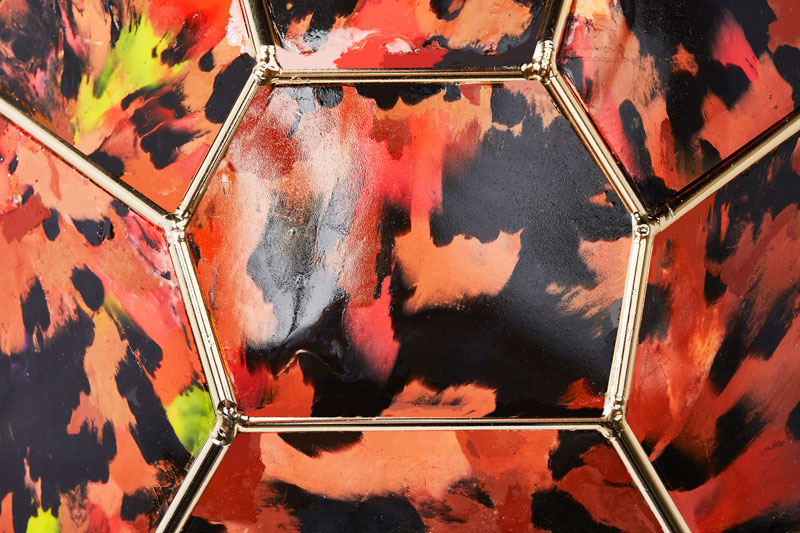