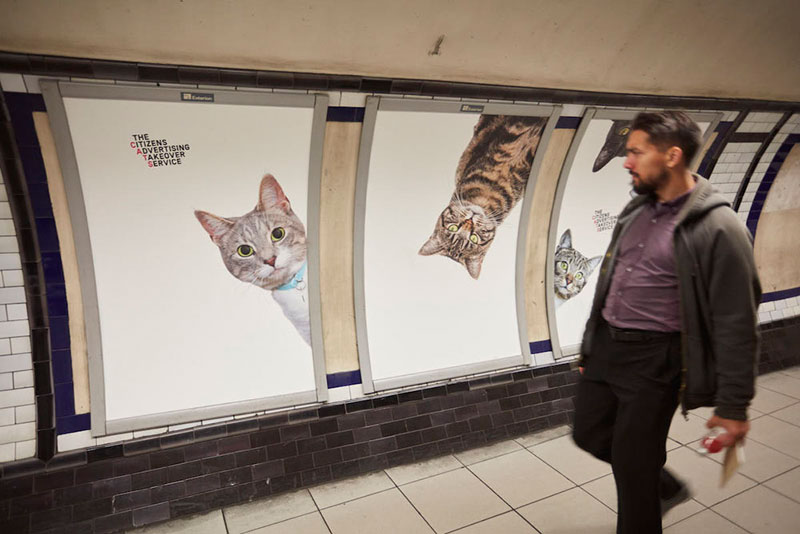 After a successful crowdfunding campaign back in May, the Citizens Advertising Takeover Service (C.A.T.S) has triumphantly replaced all ads in South London’s Clapham Common Tube Station with photos of cats.

For the next two weeks (the campaign launched on Monday) all 68 advertising boards will be replaced with cats. Founder James Turner explained his thought-process behind the campaign in a recent post on Medium (read here).

For more information on the initiative, visit Cats Not Ads.

Many of the cats featured in the takeover are from Cats Protection, the UK’s largest feline welfare charity. Though the charity helps 200,000 cats and kittens each year, they still have many thousands of unwanted cats and kittens in desperate need of new homes. If you’re interested in giving a cat a home, visit Find-a-cat.

Other cats in the takeover are from Battersea, who have over 150 years of experience and expertise rehoming dogs and cats. Since it was founded in 1860, the Home has rescued, reunited and rehomed over 3.1 million dogs and cats. More info here. 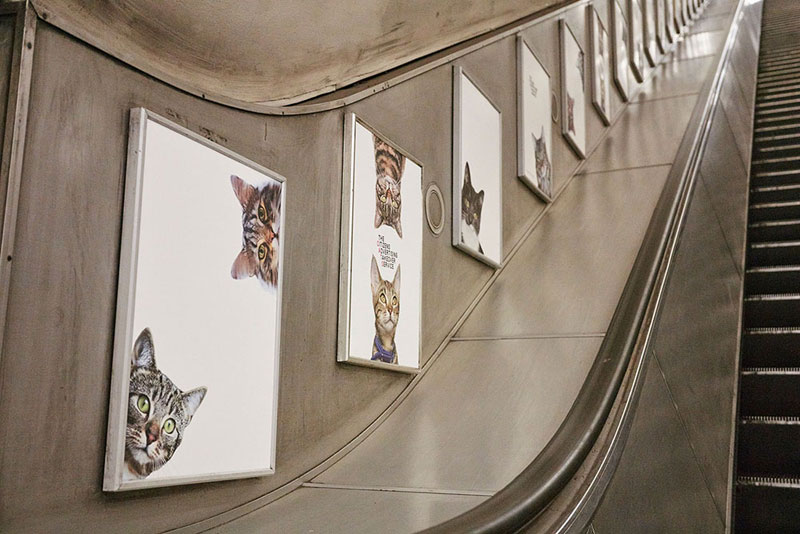