Removing 200 Years of Varnish from a Painting Looks Deeply Satisfying

A video of 200 years of varnish being removed from a painting has gone viral on Twitter after it was uploaded by Philip Mould, an art dealer and host of BBC’s Fake or Fortune?

Check out the incredible video embedded below:

A remarkable Jacobean re-emergence after 200 years of yellowing varnish 1/2 pic.twitter.com/yBGNGDcNd7

Details on the ‘Woman in Red’ are sparse but we do know that she is 36 years old and from the inscription, that it was painted in 1618! You can see the uncleaned image below: 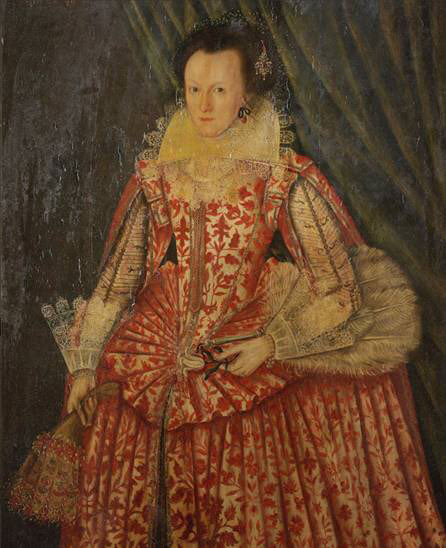 Below you can see a last smear from the chin removed. It’s amazing to see the dramatic difference:

A last smear from the chin removed. I will post an image of the completed picture as soon as it is ready. pic.twitter.com/K7TSl2XdqE

Varnish is applied to help protect and preserve paintings but over time the varnish will start to yellow and even brown. It is not uncommon to remove old varnish and reapply a new coat to help further preserve the painting.

Below you can see some additional close ups of the work in progress by Mould:

“Small area of her astonishingly elaborate dress revealed. We don’t know identity yet but certain iconographic clues are starting to emerge….” – Philip Mould on Twitter 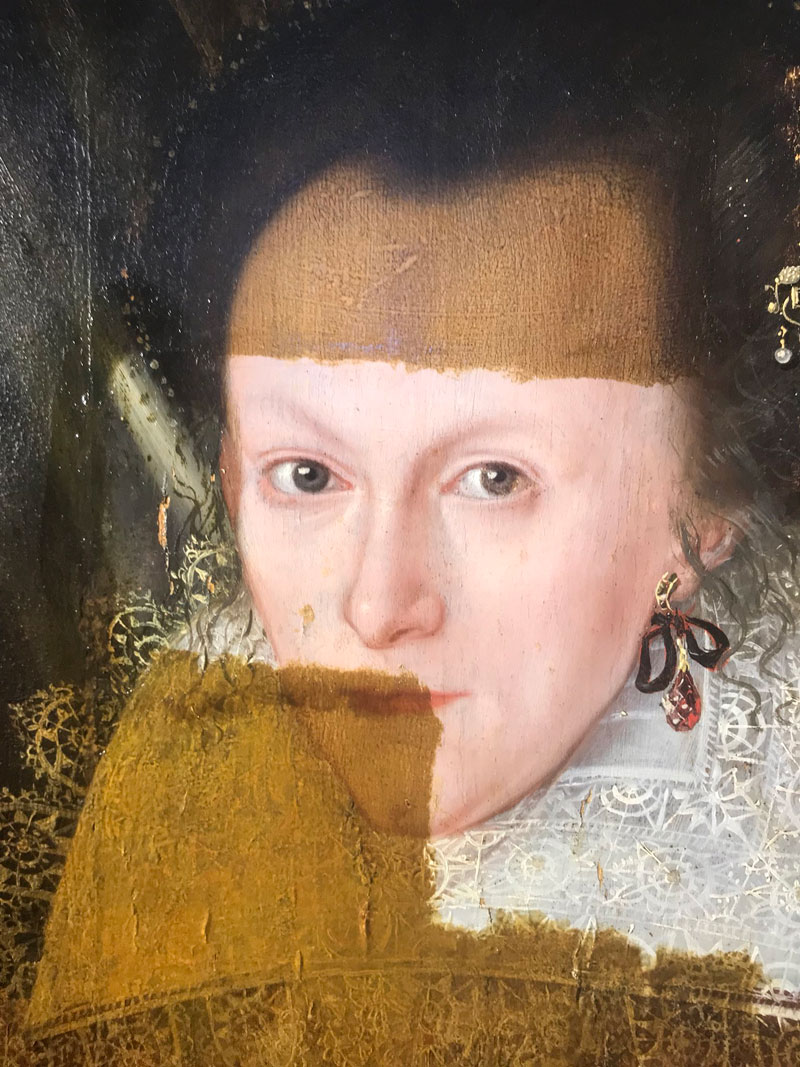