Smithsonian has just announced the winners for their 13th annual photo contest, which includes the grand prize, readers’ choice and 7 category winners. Smithsonian.com’s 13th Annual Photo Contest ran from March 31, 2015 December 1, 2015 and received over 46,000 submissions from photographers in 168 countries and territories.

The 14th Annual Photo Contest will launch with the same categories and prizes at 14:00:00 on March 22 and run through November 30, 2016 at 23:59:59. Please refer Smithsonian’s rules for more information about the contest, categories, awards and eligibility: http://www.smithsonianmag.com/photocontest/rules/

Congratulations to all of the winners!

GRAND PRIZE WINNER
Remaining on the Slopes of Mount Sinabung 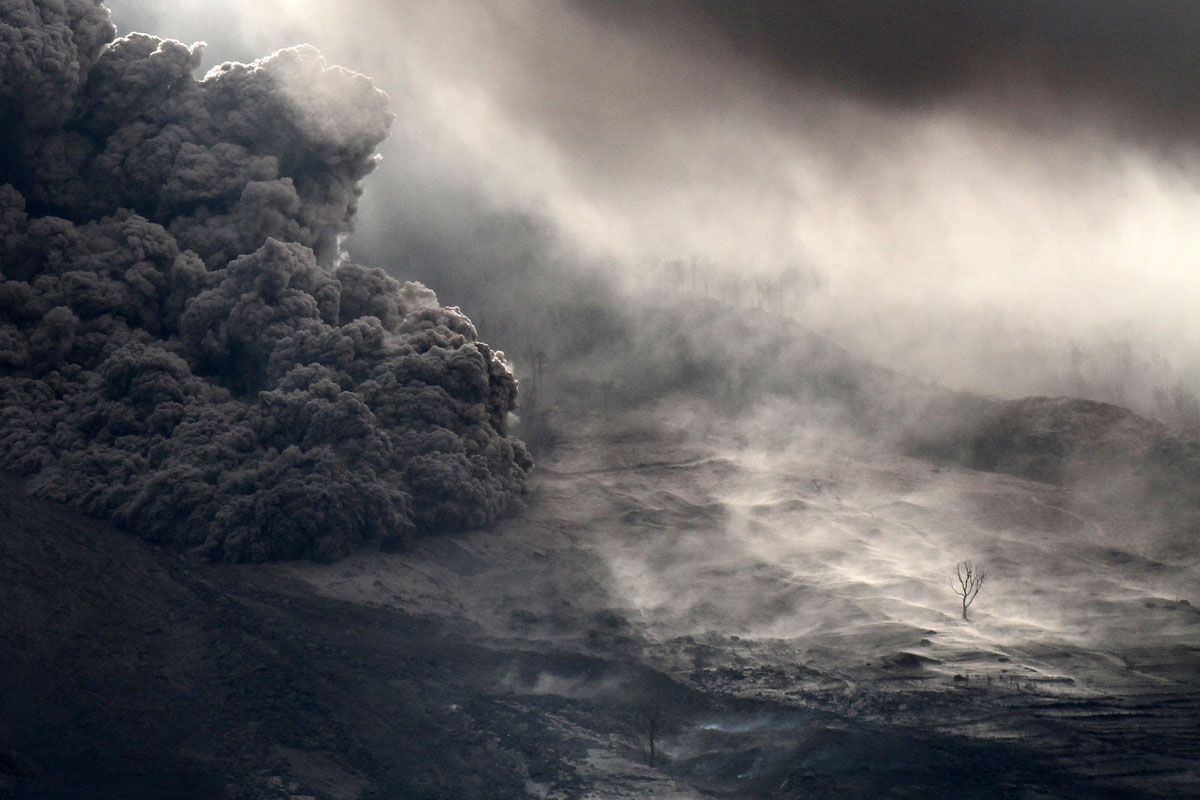 My bull terrier Claire photographed in an abandoned train, one of a series that I am currently working on. The series is called “Leave Only Pawprints: Urbex Adventures With My Bull Terrier Claire.” Alteration note: This image is HDR and composed of three different images. Location of Photo: Belgium

NATURAL WORLD CATEGORY WINNER
A Little Monkey on the Cliff

Every day millions of people make use of the suburban trains in Mumbai. Almost every train has separate compartments for women to avoid sexual abuse. Location of Photo: Mumbai, India

In February and March of 2014, I took a month off and went to work as a photographer/videographer in an orphan school in Likoni, one of the poorest neighborhoods in Mombasa, Kenya. My videos and pictures helped raise money to finish the building of the school for 150 children and a sleeping building for 30 orphan kids. This is the school director’s daughter on her break, while at school.

I took one month off because it was my time to give back again. It was my second volunteering project, after a month in Peru working with local knitters the year before. I used my photos and videos to promote their cause on [the organization’s] website and Facebook page, which I was taking care of. The main goal at that particular moment was to gather enough means to finish the new buildings, which would be able to accommodate their needs.

My experience was great, they are amazing people and took me as a part of the family and community. We still keep in touch, and I am proud I was able to help out.

When you travel sustainably, you find a place that gives you something, that makes you whole. But you also feel more than happy to give back. Both the place and you need a change. It is your job to find a way to make it work in unison. Usually, it is not you that is making the big change in the place though, it is the other way around. Location of Photo: Likoni, Mombasa, Kenya

This picture was taken in Kyoto, Japan in January 2015. There is no fiction, the photo was caught while I was wandering in the streets of Kyoto. My intent was to capture the life of night workers. Shift work, even at night and on holidays, often affects workers psychophysically. The requirements imposed by the “society of work” do not recognize the natural alternations of day and night and workers’ biological clocks. Location of Photo: Kyoto, Japan

Truck driver Ben Blackburn, 46, participates in a Bible study session at the Transport For Christ (TFC) mobile chapel in Lodi, Ohio, on October 23, 2013. TFC chaplains helped Blackburn enroll in trucking school after he lost his job during the recent economic recession.

Transport For Christ, an international trucker ministry, has placed 45 mobile chapels at truck stops across the United States. The chapels offer Bible study, worship services and counseling from volunteer chaplains. They also give drivers a break from the struggles and solitude of life on the road. Location of Photo: Ohio, United States

In front of this Chinese red wall walks a lady in a red dress. Location of Photo: Olympic Forest Park, Beijing, China

I took this photo of fireflies (lightning bugs) in almost complete darkness using the latest low-light camera technology. I was completely surrounded by the fireflies and witnessed one of the most amazing and magical natural phenomena: fireflies that synchronize.