A Real Time 4K Journey Around Earth from Orbit 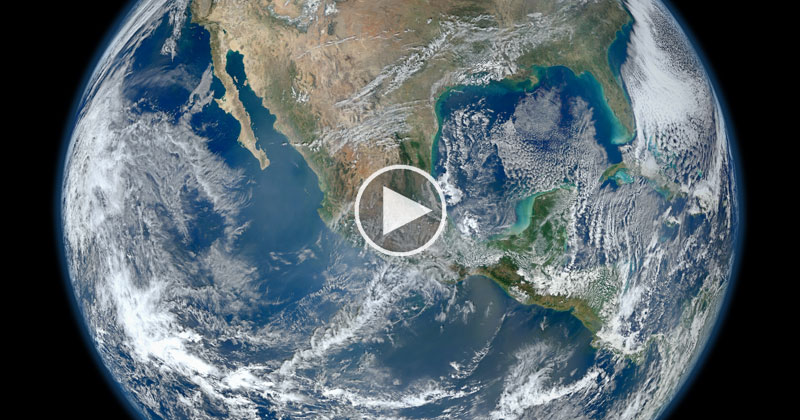 “Orbit” is a real-time reconstruction of time-lapse photography taken on board the International Space Station by NASA’s Earth Science and Remote Sensing Unit. The structure of the film is built around the world of Phaeleh’s last three albums: Lost Time, Illusion of the Tale, and Somnus.

According to the creator, Seán Doran, the tone and pacing of each track influenced the choice of material used. Typically each time-lapse sequence was photographed at 1 frame per second. Each sequence was processed in Photoshop. A dirtmap was made in order to repair dust, blemishes and hot pixel artifacts that would otherwise confuse the re-timing phase of the workflow resulting in strobes and distracting blurs. Image processing techniques were used to emphasize features on the Earth’s surface. Each sequence consists of a number of layers that when masked, processed and blended correctly produce the final look of each shot.

To make sure each sequence has been recreated to the highest level of accuracy he referenced time-stamps on the first and last frame in the sequence and used frame interpolation software to produce the other 59 frames. The length of the film is exactly the same as that of ISS to orbit the Earth, 92 minutes and 39 seconds.