This Ceiling Fresco at Palazzo Te in Italy 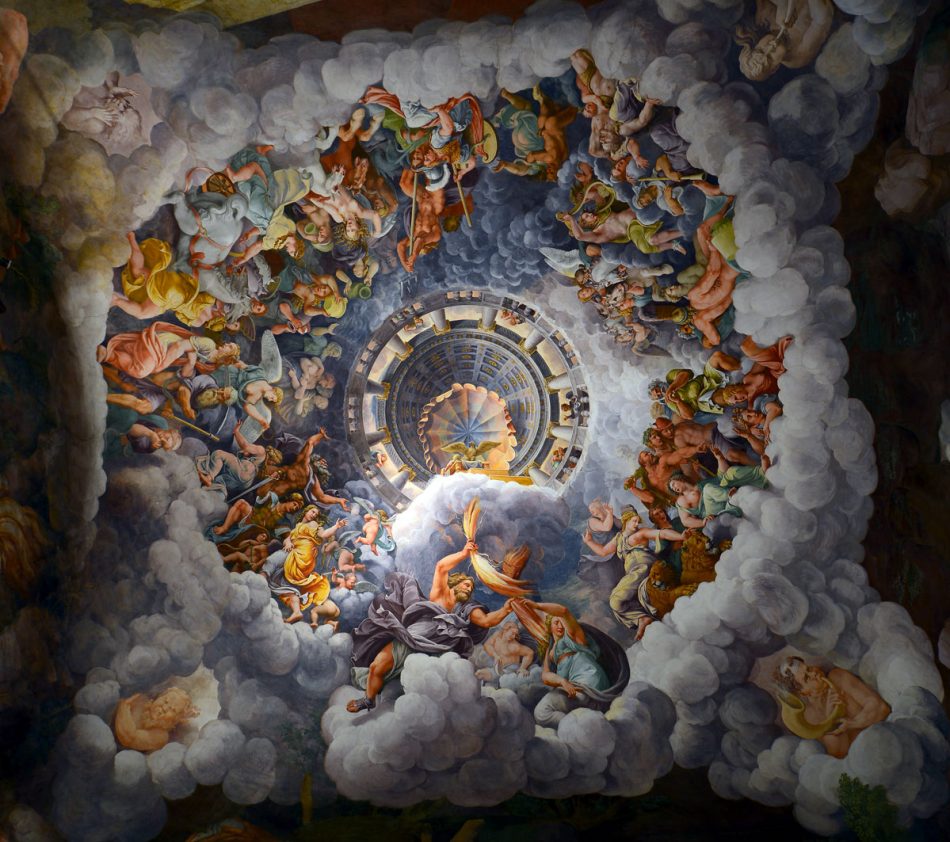 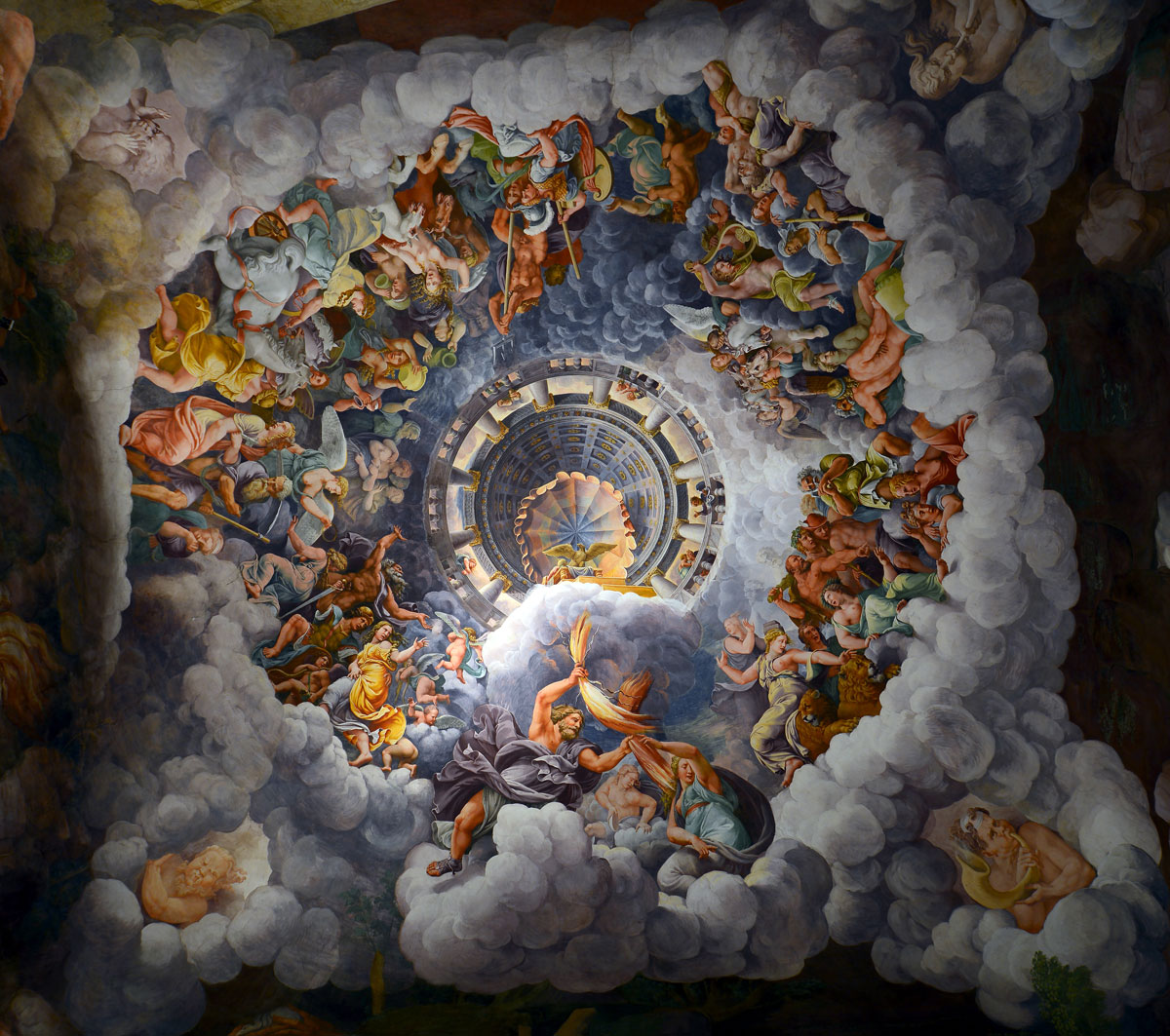 Artwork by Giulio Romano | Photograph by Livioandronico2013 on Wikimedia Commons

Seen here is a breathtaking ceiling fresco by Italian painter and architect Giulio Romano. As a young assistant in Raphael’s studio, he worked on the frescos in the Vatican loggias to designs by Raphael and in Raphael’s Stanze in the Vatican painted a group of figures in the Fire in the Borgo fresco. He also collaborated on the decoration of the ceiling of the Villa Farnesina. Increasingly he became the master’s right-hand man, despite his relative youth. After the death of Raphael in 1520, he helped complete the Vatican frescoes of the life of Constantine as well as Raphael’s Coronation of the Virgin and the Transfiguration in the Vatican. [source]

This fresco can be seen in the ceiling of the Room of the Giants in Palazzo Te, a palace in the suburbs of Mantua, Italy.

via Livioandronico2013 on Wikimedia Commons