Aspiring toy and game designer Brady Whitney has struck Kickstarter gold with his Codex Silenda, a 5-page book where every page is an intricate puzzle that must be solved before the next page can be unlocked.

Constructed from laser-cut wood, the puzzle book also features a short story of an apprentice in Da Vinci’s Workshop. The project, which launched on Kickstarter last week, has been suspended due to overwhelming demand.

The team was originally seeking US$30,000 so they could purchase a laser cutter. They quickly amassed over US$170,000 before deciding to halt the campaign so they could be sure they could fulfil the rewards of the original project backers.

To learn more about Codex Silenda check out the Kickstarter project along with Whitney’s personal website. 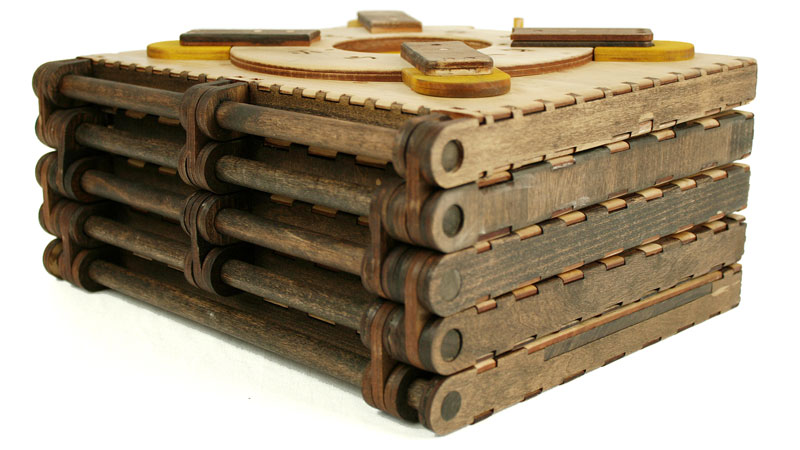 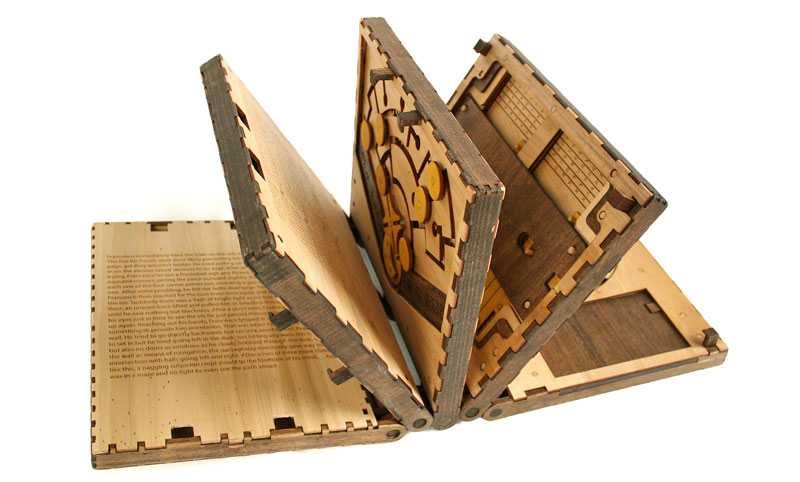