Ed Fairburn (featured previously here and here) is back with a new series of beautiful portraits drawn directly onto maps.

Fairburn has an uncanny ability to make visual connections with map elements like roads and contours with human facial features; and for the last three years he has been experimenting with this series, continuing to incorporate map elements in novel and creative ways.

New releases include a star chart depicting the first mother in space, astronaut Anna Fisher; and new map portraits including Los Angeles, Denver, Sydney; and a series of World War I Trench Maps from Northern France. 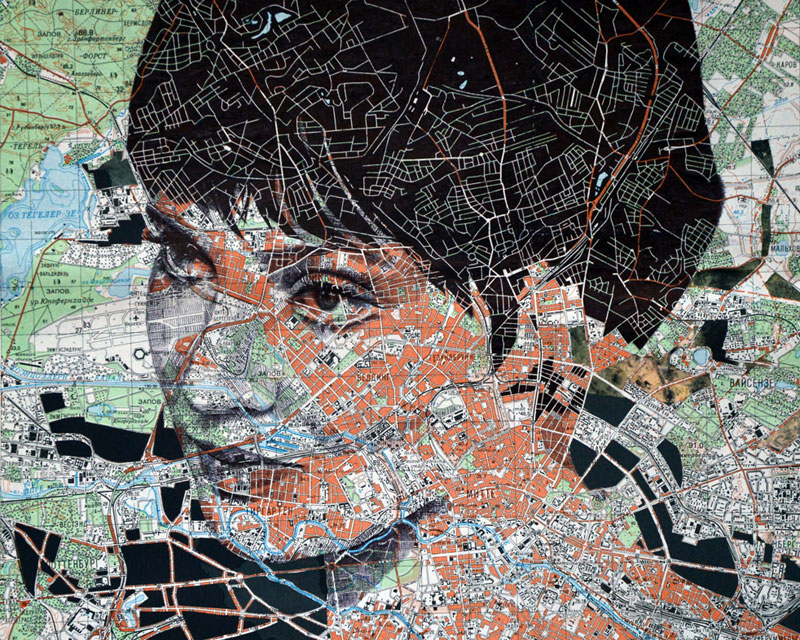 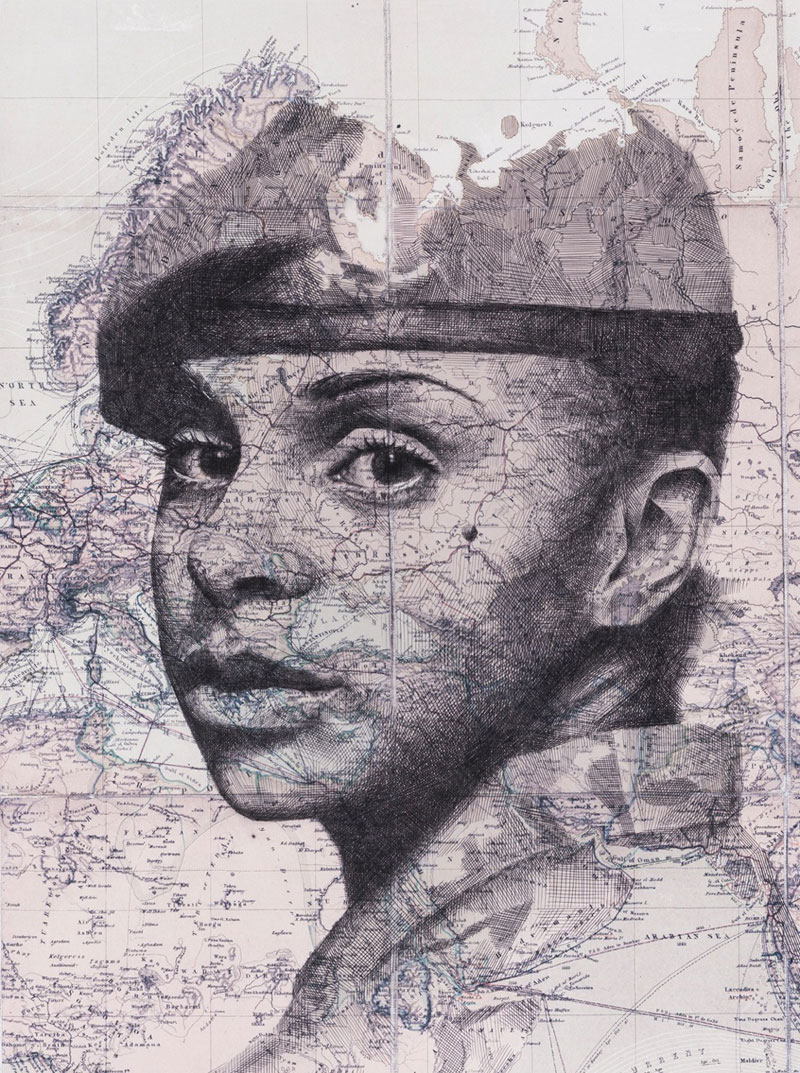 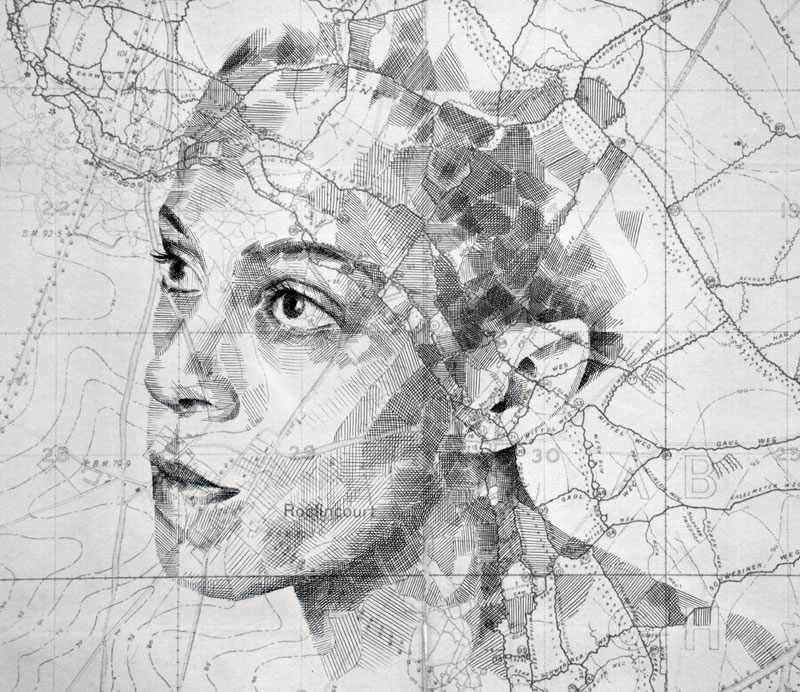 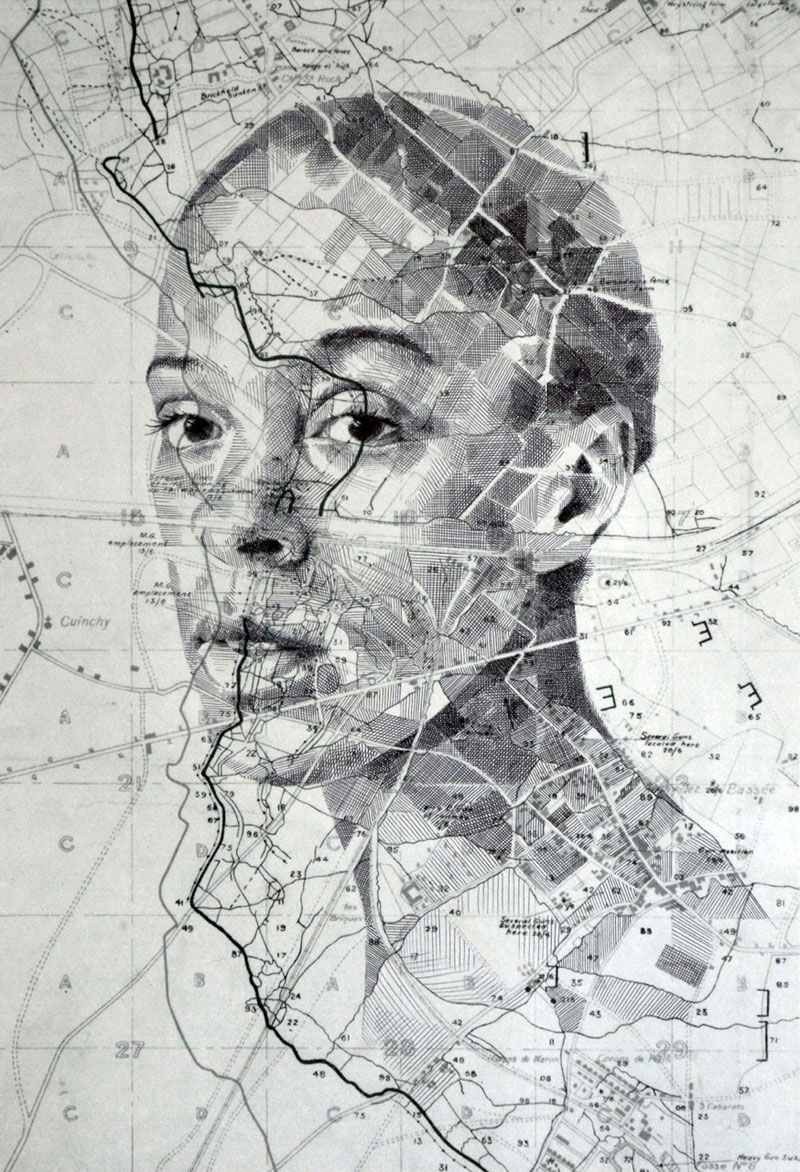