Every US Highway Drawn in the Style of a Transit Map

Graphic designer Cameron Booth’s ambitious Highways of the United States project shows every single current and signed Interstate Highway and U.S. Highway in the contiguous 48 states in the style of a transit map.

In addition, the giant map includes 4,385 named places. Booth says the Illustrator file was a staggering 144 inches wide by 88 inches tall. The digital art file was so big because Booth, in addition to offering prints of the US map, also offers prints of individual states and regions. 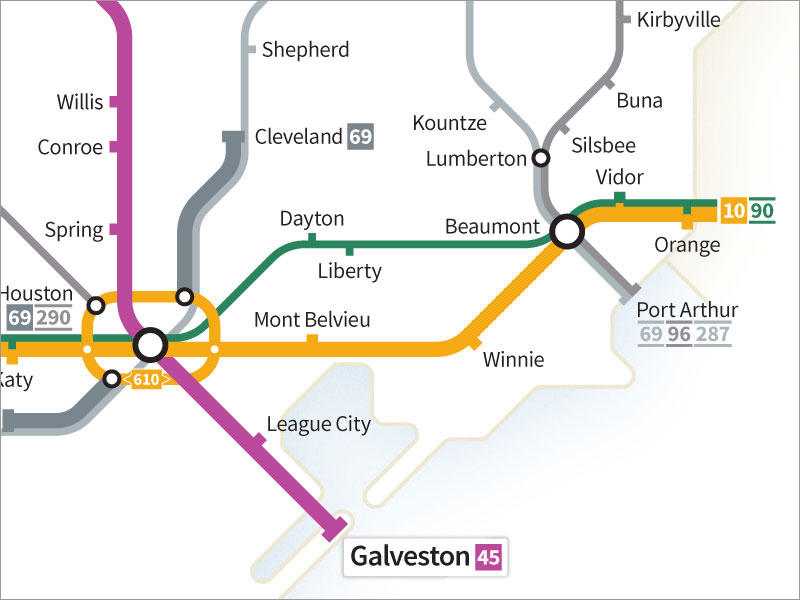 I decided that stroke width was the best way to differentiate between two-digit Interstate Highways, three-digit Interstates and U.S. Highways… Bright colours were assigned to the “major” routes as defined by AASHTO.. The U.S. Highways use a lighter tint of the corresponding Interstate colour to differentiate between them if they ever run in close proximity. Four different greys are then used for the “minor” routes, with cool greys being assigned to odd-numbered routes and warm greys used for even routes. Minor Interstates are represented in darker greys than the minor U.S. Highways to reinforce their higher position in the information hierarchy. [source] 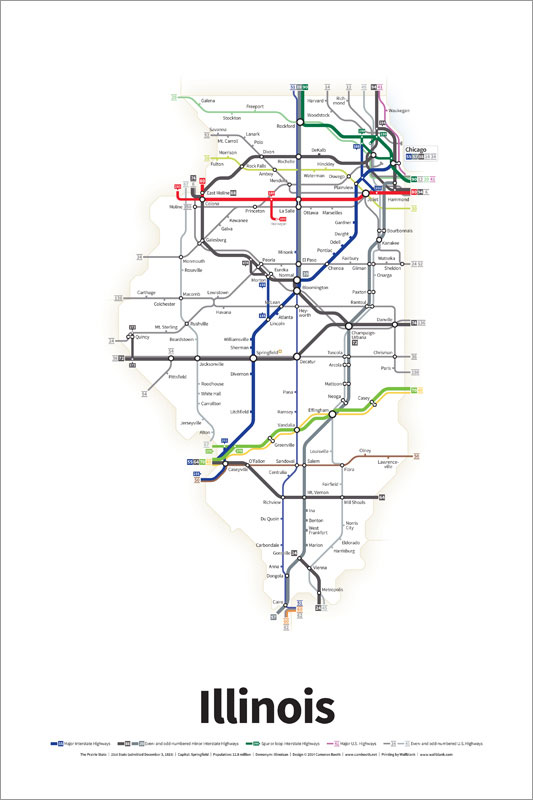