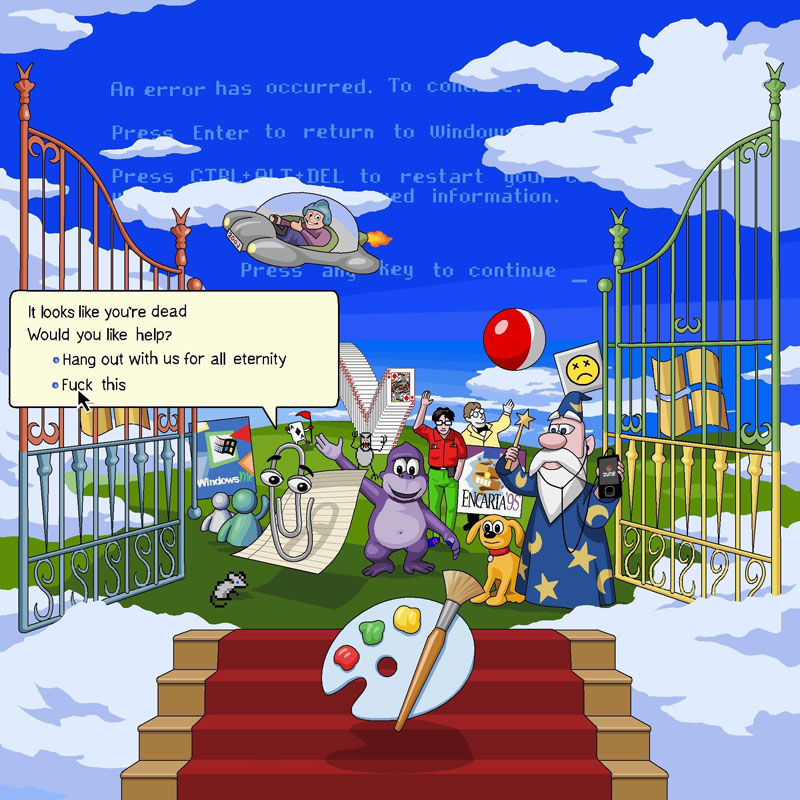 Artwork by Jim’ll Paint It

When word spread that Microsoft was planning to ‘deprecate’ MS Paint in its next Windows 10 Update, the Internet rallied in a collective uproar against the plan.

An outpouring of sadness, nostalgia and protest ensued at the loss of the 32-year-old program and Microsoft has since backtracked, saying it will still remove Paint from the next Windows 10 update but make the program available on the Windows Store.

First released with the very first version of Windows 1.0 in 1985, Paint in its various guises would be one of the first graphics editors used by many and became a core part of Windows. Starting life as a 1-bit monochrome licensed version of ZSoft’s PC Paintbrush, it wasn’t until Windows 98 that Paint could save in JPEG. [source]

Artist Jim’ll Paint It, who has become famous for his free MS Paint drawings of random requests by fans, created the tribute above in memory of the beloved program.

How many other Windows programs and Easter eggs can you find in the drawings above? So far I spot: