In an ongoing series entitled Dancing With Costică, Australian artist and photographer Jane Long colorizes old black and white photos and adds a surreal twist to them.

The original portraits were taken by Costică Acsinte, whose incredible archive of nearly 7,400 photographs are available on Flickr Commons (Cezar Popescu, who is responsible for digitizing much of the archive, also deserves a shoutout).

In an interview with Fstoppers, Long explains:

“I wanted there to be some ambiguity about the images. Things that are almost real or not quite right. That’s why I like to place them in a slightly surreal context. But I think it should be up to the viewer to determine if the characters in my images are good or bad, light or dark…

After finding the Costică Acsinte Archive on Flickr I became fascinated with the images and their subjects. I wanted to bring them to life. But more than that I wanted to give them a story. I will probably never know the real stories of these people but in my mind they became characters in tales of my own invention.”

You can see the entire series at the links below. If you’re interested in prints, they are available through Jane’s website. Long has also published some BTS videos that show timelapse sequences of her artistic process on her YouTube channel. 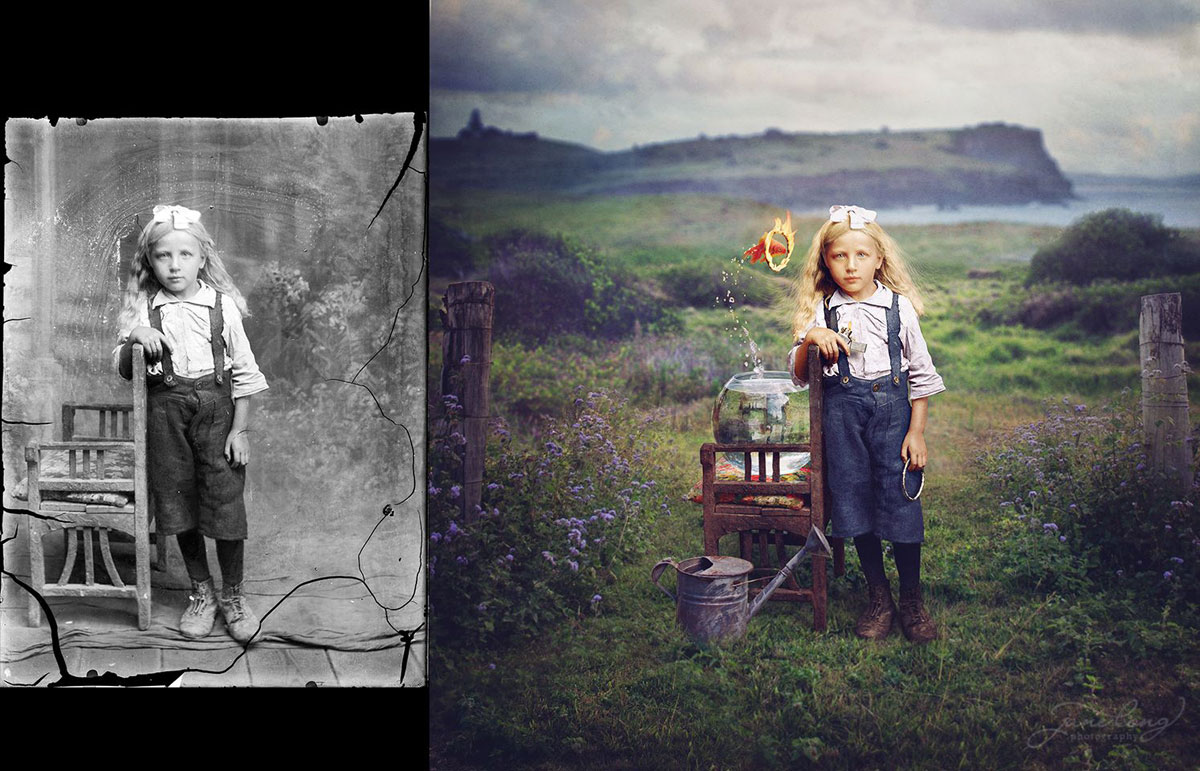 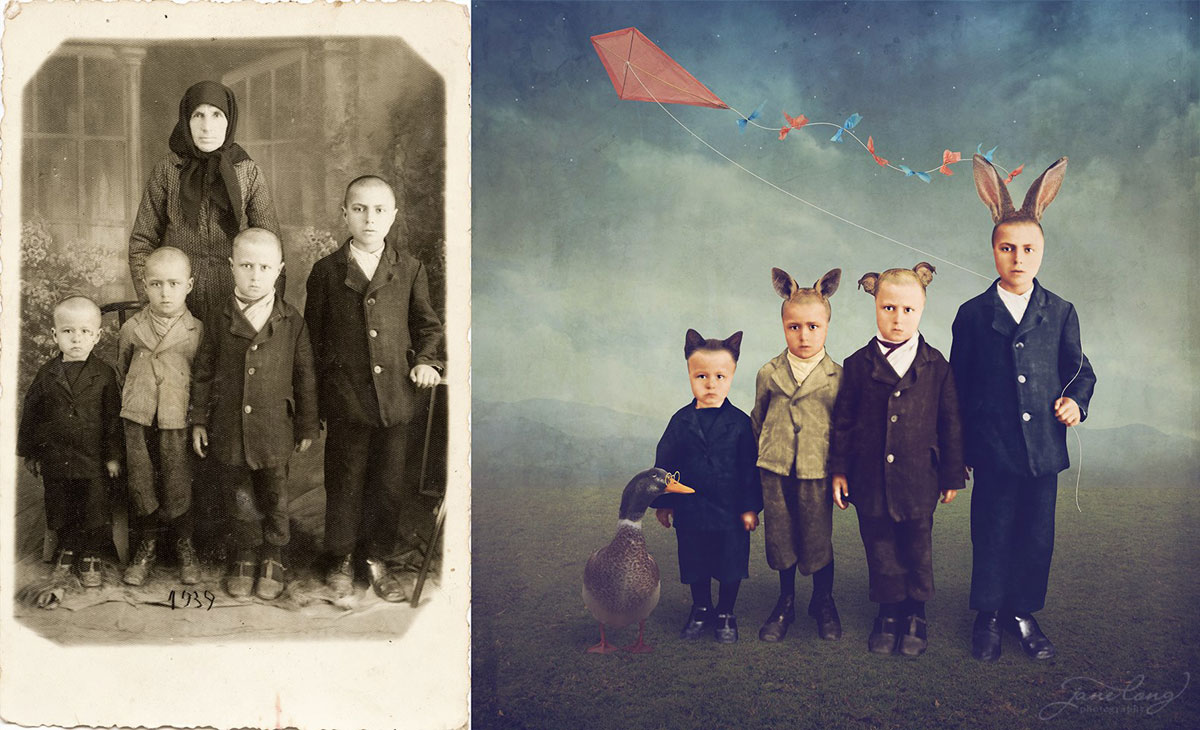 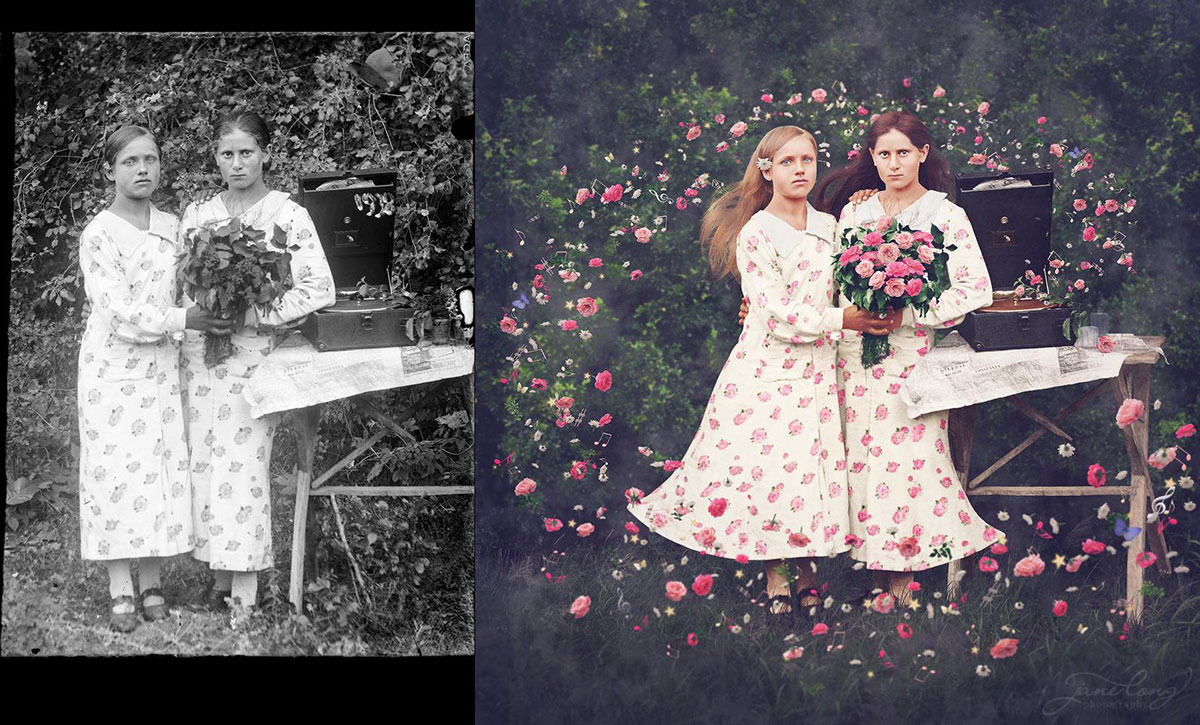 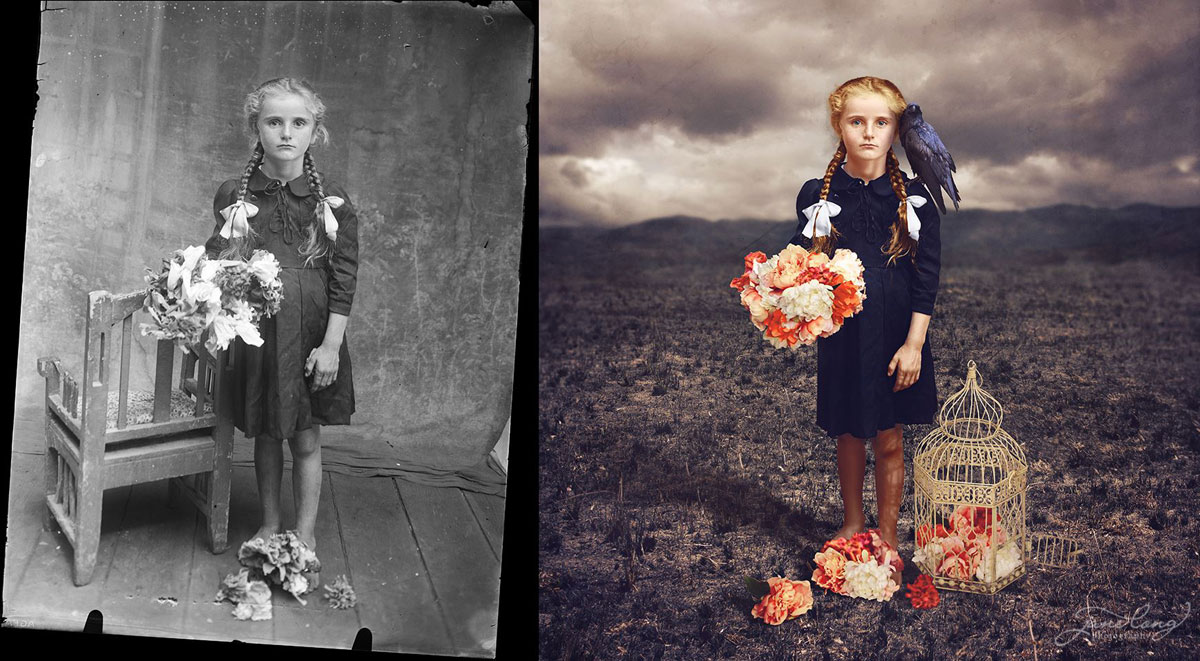