The two-part mural highlights immigration issues in the two countries and MTO also links to two articles on the topic in his Facebook album (Malta Independent, Huffington Post)

The latest mural is a continuation of last year’s piece, “The Mediterranean Door“, that MTO completed for the Malta Street Art Festival at Sliema’s sea front. You can see the full album of that piece here. 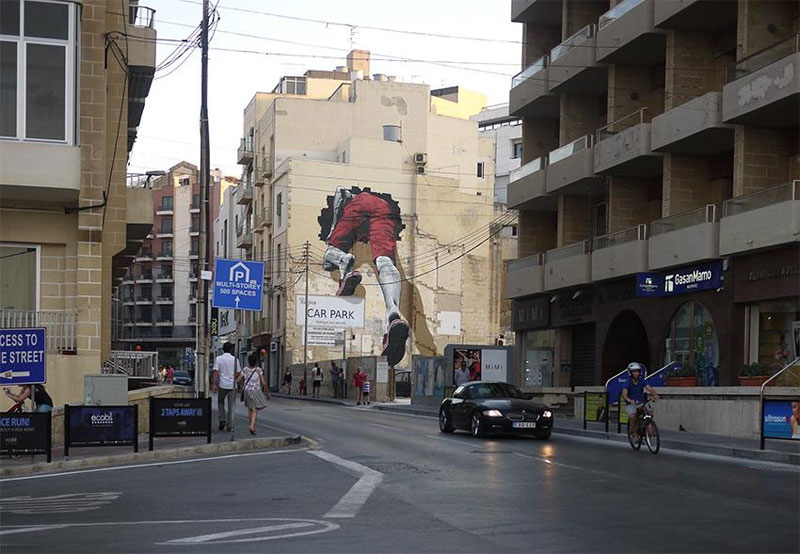 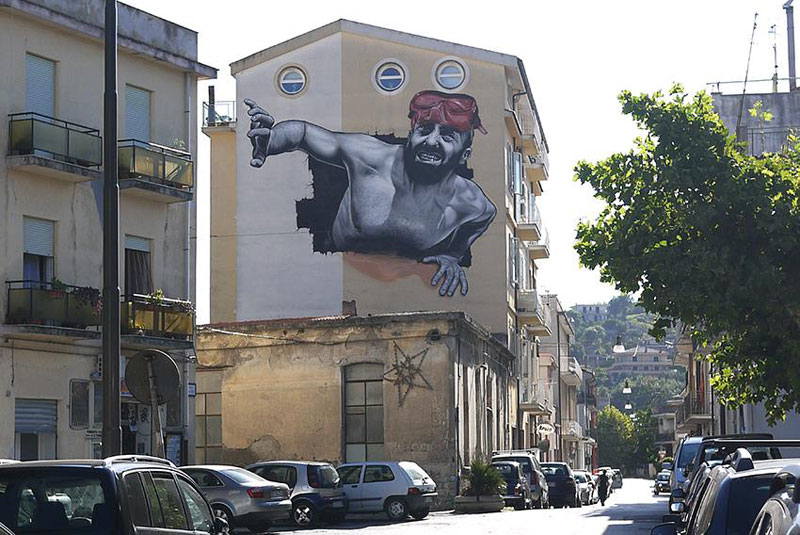 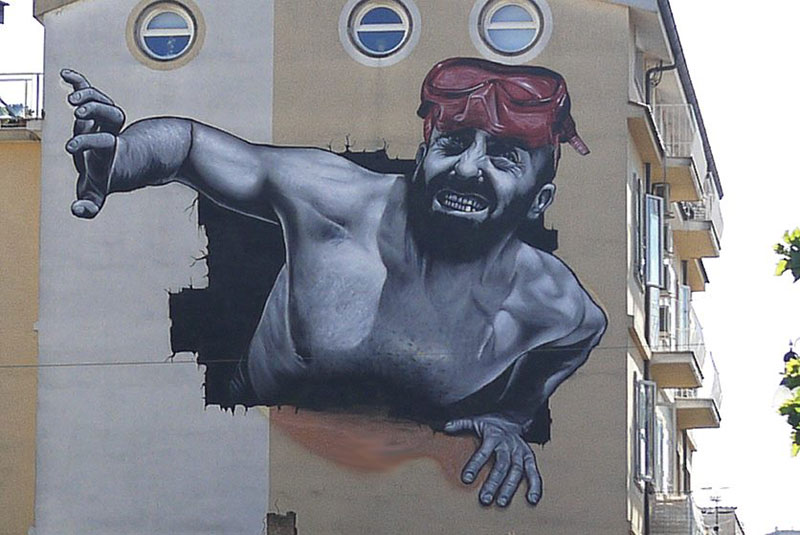 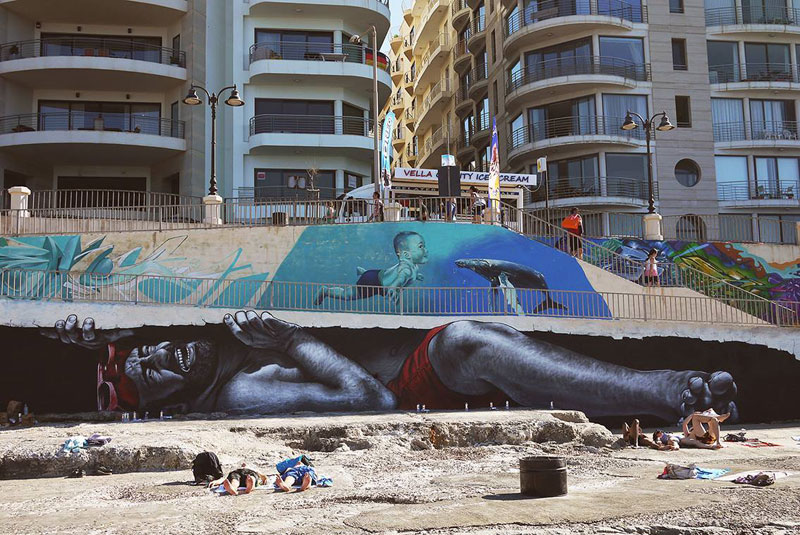