Banksy unveiled new artworks today in ‘The Jungle’, a refugee camp in Calais, France. One piece features Apple co-founder, Steve Jobs, with an Apple computer in one hand and a black bag in the other. In a rare statement accompanying the work, Banksy added:

“We’re often led to believe migration is a drain on the country’s resources but Steve Jobs was the son of a Syrian migrant. Apple is the world’s most profitable company, it pays over $7bn a year in taxes – and it only exists because they allowed in a young man from Homs.” 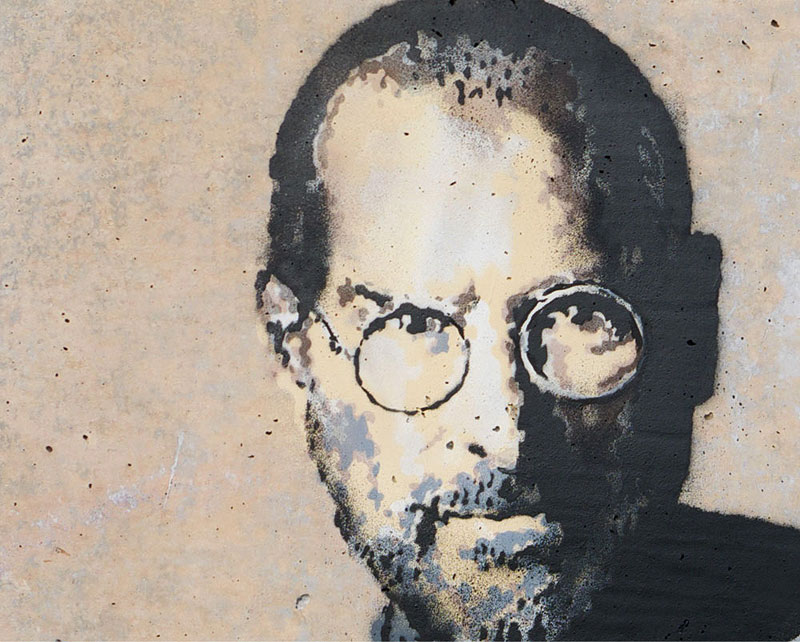 Jobs’ father, Abdulfattah ‘John’ Jandali, was born in Homs, a city now ravaged by Syria’s brutal civil war, in 1931. He studied at the American University in Beirut, and then came to the US to continue his education at the University of Wisconsin. There he met Joanne Schieble, who would become Jobs’ biological mother. The couple gave the baby up for adoption in 1955 in San Francisco. [source] 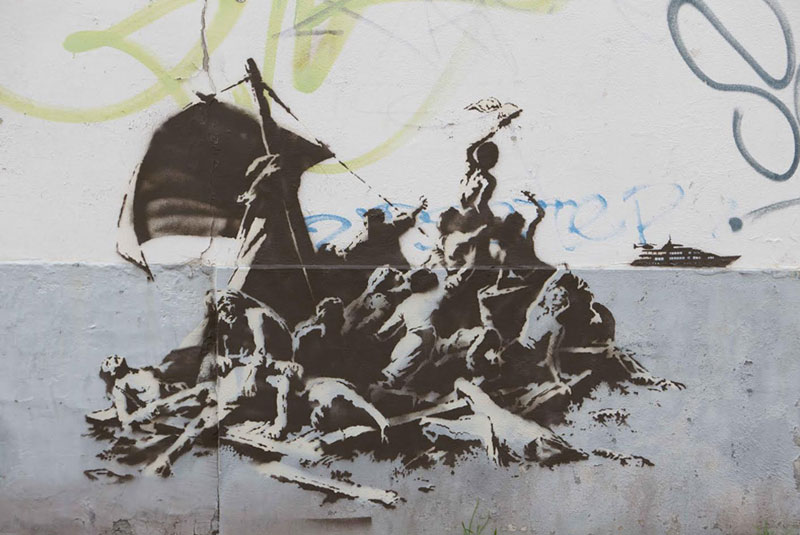 Other artworks erected in Calais include: a play on Theodore Gericault’s ‘Raft of the Medusa‘, featuring a luxury yacht and helicopter; a young boy looking through a spyglass; and a tongue-in-cheek line scrawled in orange paint saying, ‘maybe this whole situation will just sort itself out…’

In addition to the artworks, members from Banksy’s team installed 12 permanent structures and a makeshift play area inside the refugee camp. They used leftover materials from his Dismaland ‘Bemusement Park’, which opened earlier this year.

You can see a complete gallery of the ‘Dismal Aid’ project here.