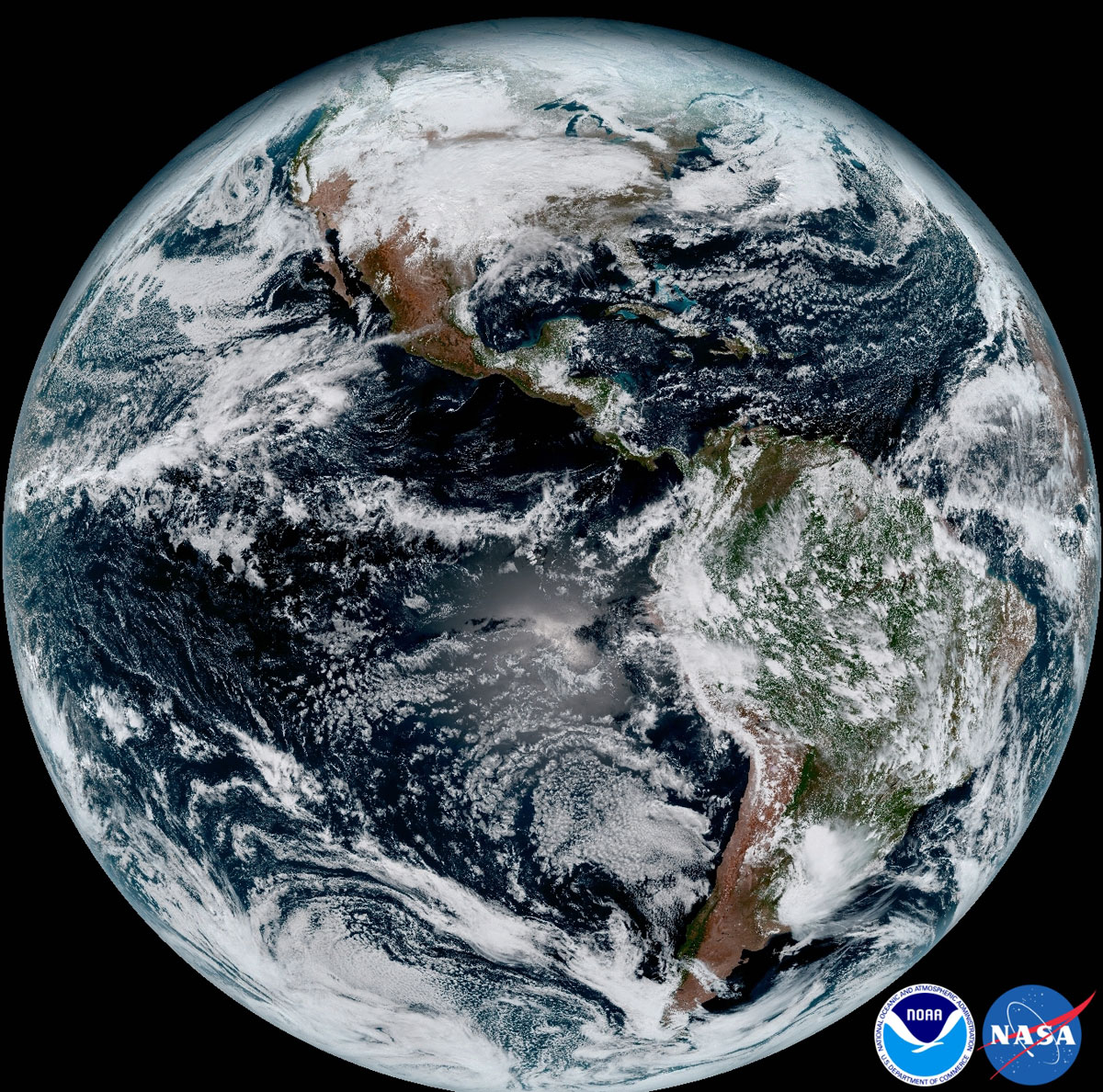 The release of the first images from NOAA’s newest satellite, GOES-16, is the latest step in a new age of weather satellites. This composite color full-disk visible image is from 1:07 p.m. EDT on Jan. 15, 2017, and was created using several of the 16 spectral channels available on the GOES-16 Advanced Baseline Imager (ABI) instrument. The image shows North and South America and the surrounding oceans. GOES-16 observes Earth from an equatorial view approximately 22,300 miles high, creating full disk images like these, extending from the coast of West Africa, to Guam, and everything in between.

That’s here. That’s home. That’s us. On it, everyone you ever heard of, every human being who ever lived, lived out their lives. The aggregate of all our joys and sufferings, thousands of confident religions, ideologies and economic doctrines, every hunter and forager, every hero and coward, every creator and destroyer of civilizations, every king and peasant, every young couple in love, every hopeful child, every mother and father, every inventor and explorer, every teacher of morals, every corrupt politician, every superstar, every supreme leader, every saint and sinner in the history of our species, lived there – on a mote of dust, suspended in a sunbeam. [source]

via NASA Image of the Day