Picture of the Day: Stargazing from the International Space Station 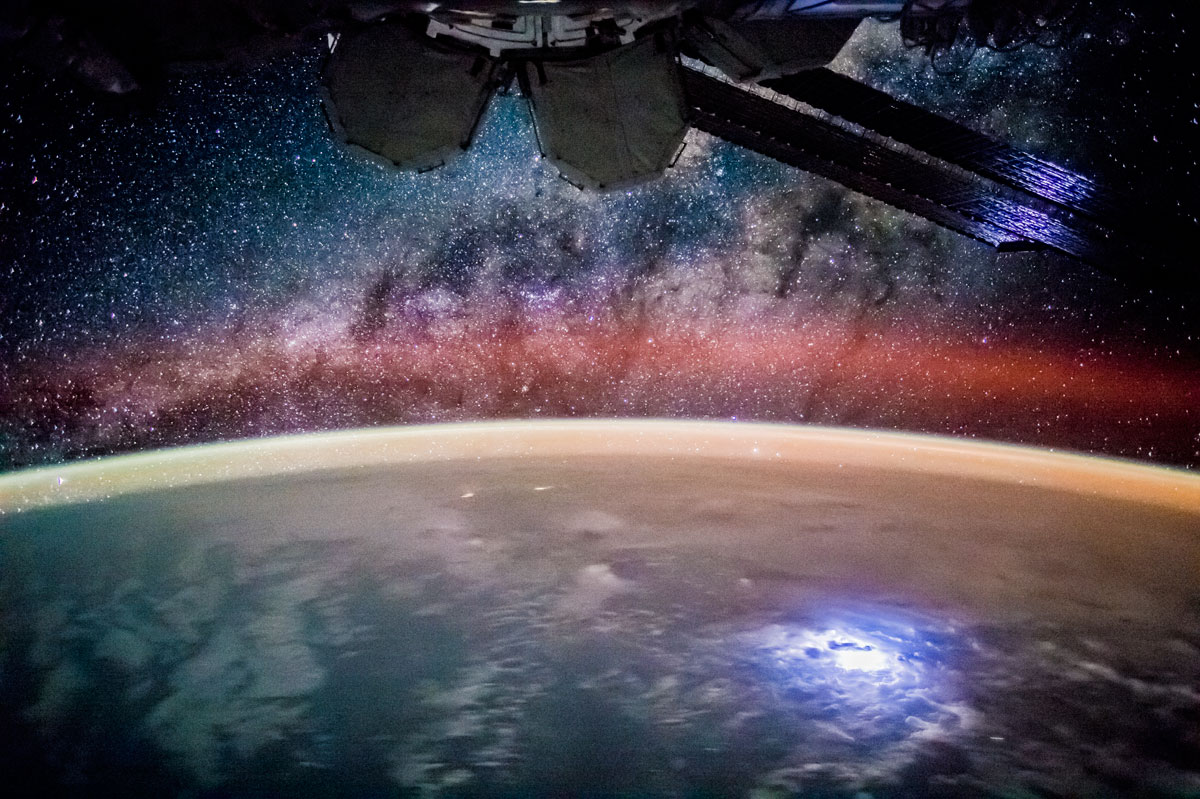 16 times a day, the crew aboard the ISS will see a part of the world at night. On this particular pass, taken on August 9, 2015 the ISS is above the island nation of Kiribati at night, which is located about 2,600 km (1,600 miles) south of Hawaii. Also illuminating their view are breathtaking stars in one of the inner spiral arms of the Milky Way Galaxy.

The curvature of the Earth crosses the center of the image and is illuminated by a variety of airglow layers in orange, green, and red. Setting stars are visible even through the dense orange-green airglow.

The brightest light in the image is a lightning flash that illuminated a large mass of clouds. The flash reflected off the shiny solar arrays of the ISS and back to the camera. The dim equatorial cloud sheet is so extensive that it covers most of the sea surface in this view.

Astronaut photograph ISS044-E-45215 was acquired on August 9, 2015 by a member of the Expedition 44 crew, with a Nikon D4 digital camera using a 28 mm lens, and is provided by the ISS Crew Earth Observations Facility and the Earth Science and Remote Sensing Unit, Johnson Space Center.