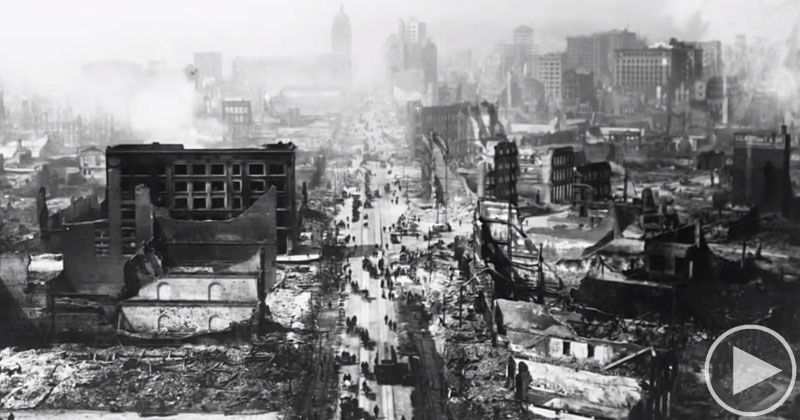 In this fascinating PBS NewsHour Segment, rare footage of Market Street four days after the devastating San Francisco Earthquake of 1906 is shown after the lost footage was rediscovered at a Flea Market in 2017.

The video was filmed by the Miles Brothers, who also filmed the famous Market Street footage right before the earthquake. The footage was rediscovered by historian David Silver at a Flea Market and sold to English photo collector Jason Wright.