These Persian Bear Rugs Are Awesome and I Want Them 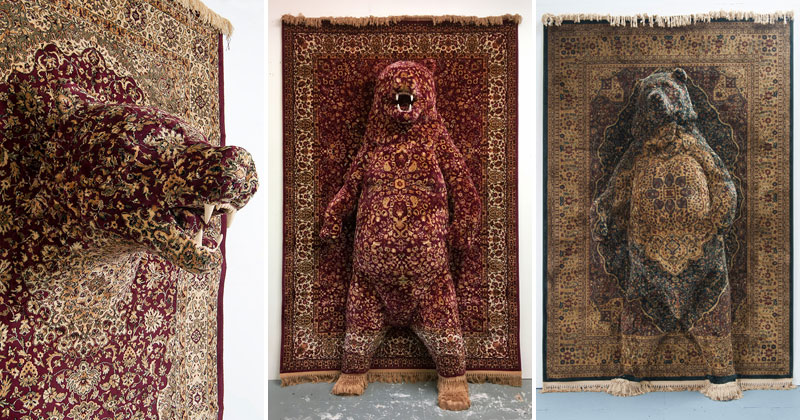 In an ongoing series of works, Scottish artist Debbie Lawson builds animal sculptures out of chicken wire and then wraps them in Persian rugs. The sculptures are then placed in front of a hanging rug of the same pattern or appear to be emerging from the rug itself.

In addition to bears, Lawson has also created stags, boars and tigers. The Red Bear (seen below) is currently on display at the Royal Academy of Arts in London and a similarly styled moose is on permanent display at London’s Town Hall Hotel. Lawson’s work is held in several prominent galleries as well as private collections around the globe.

For more, check out her work at the links below. 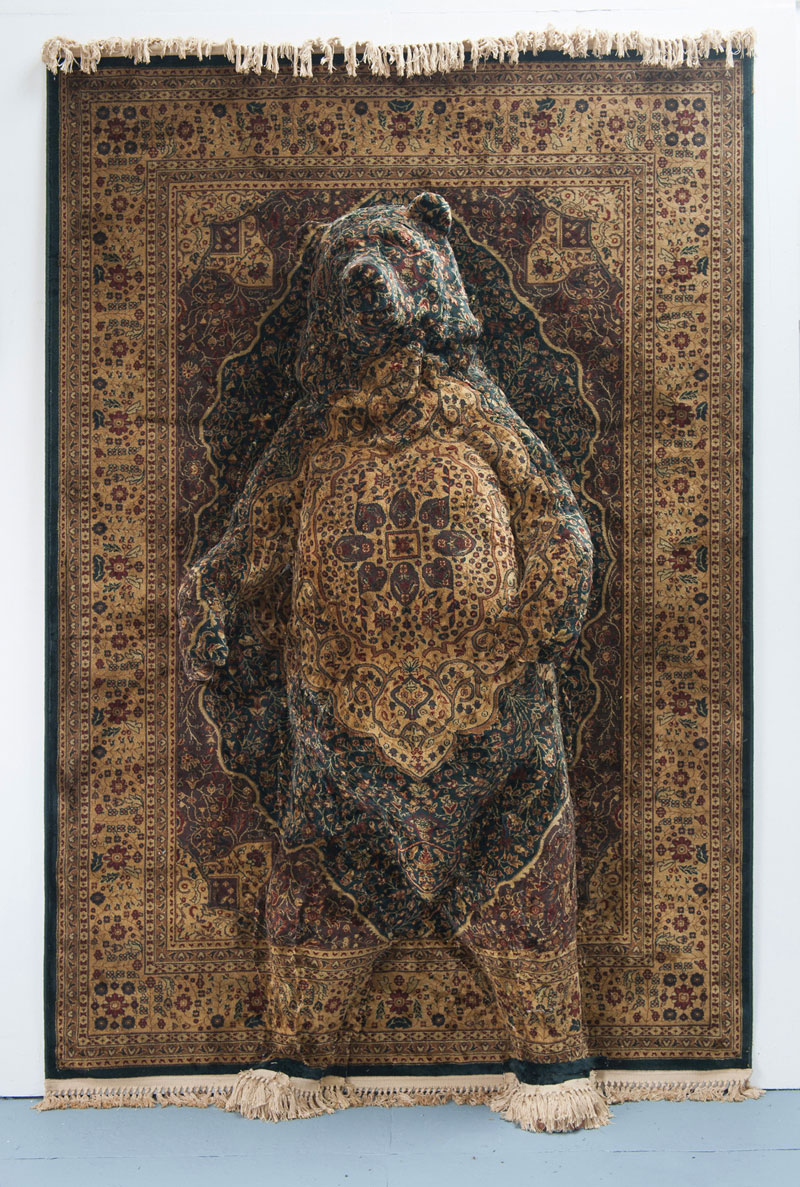 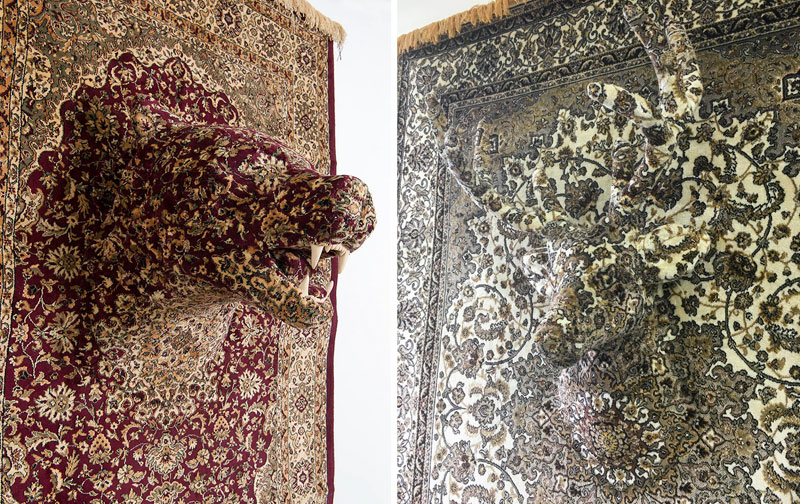 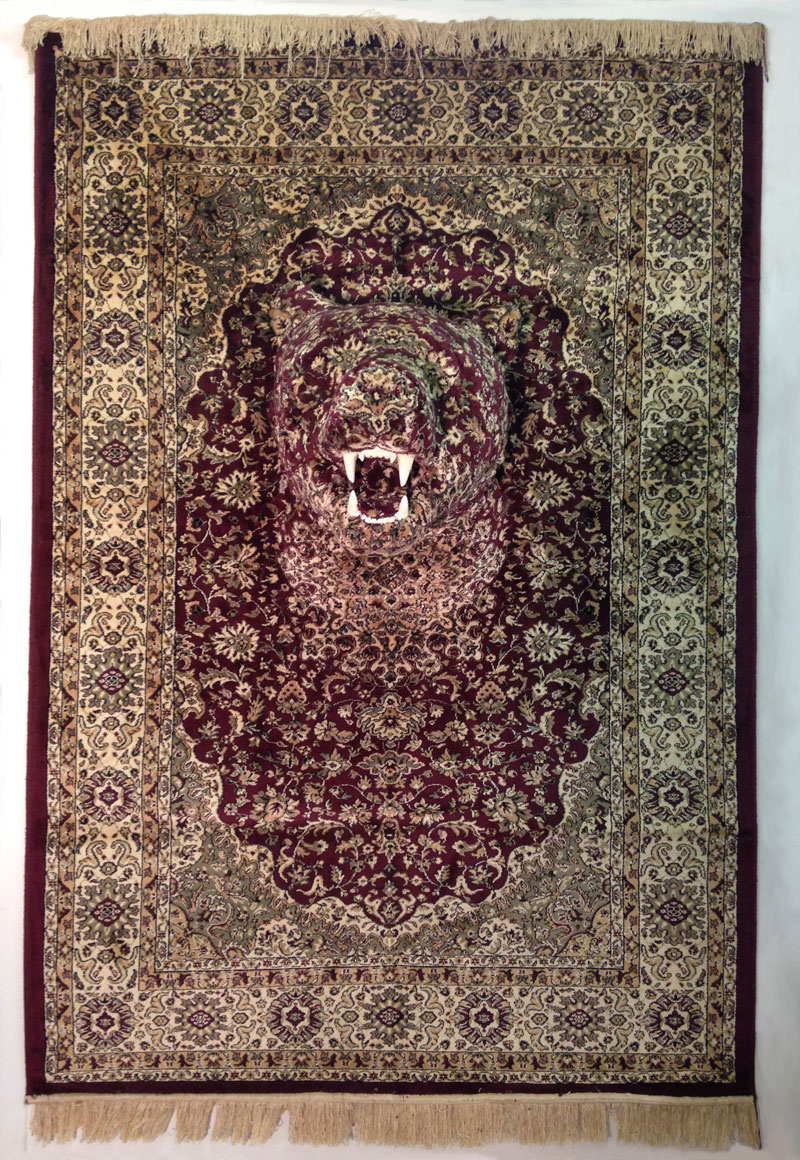 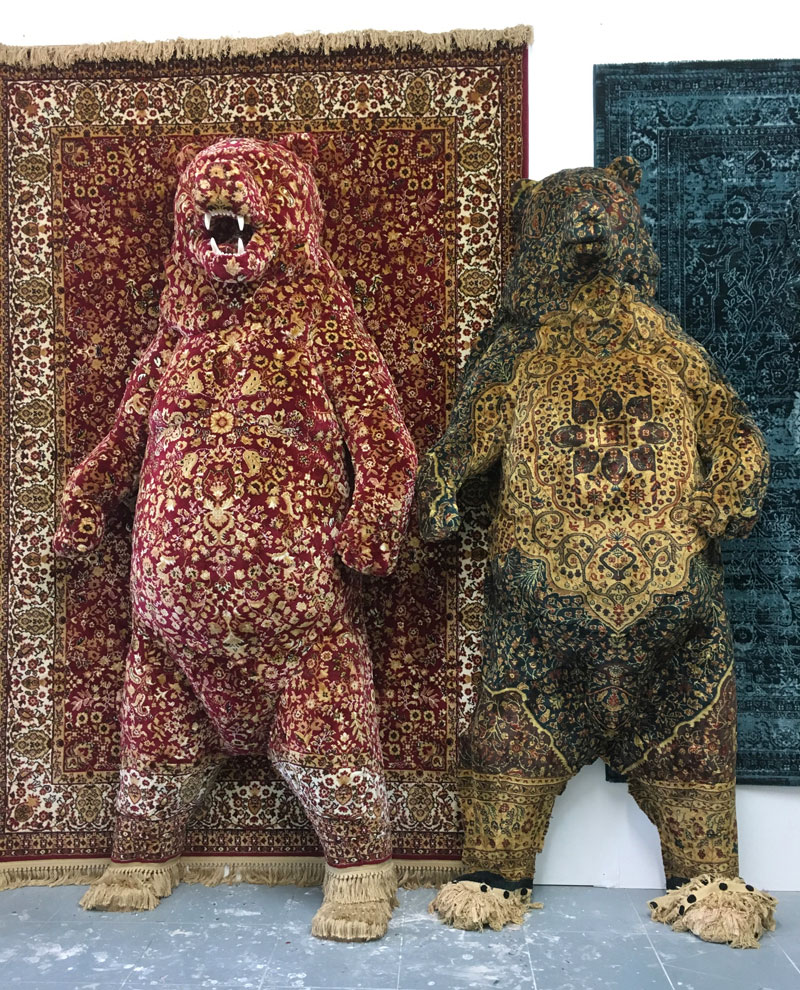