This Stop Motion Short Made with Pumpkins is Amazing 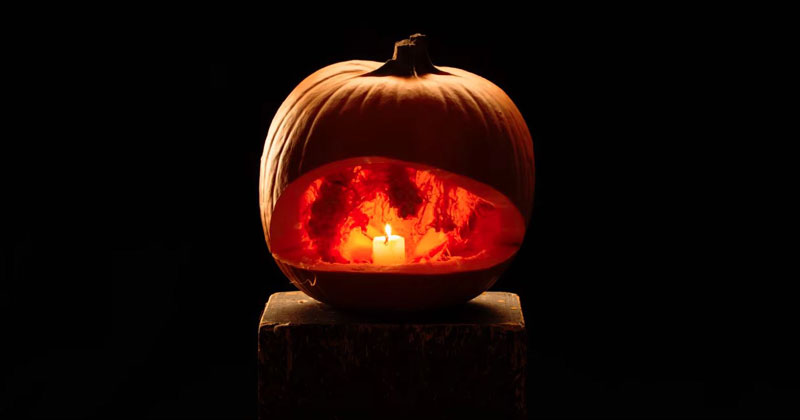 Sean Ohlenkamp and Rob Popkin created this incredible Halloween-themed stop motion animation using dozens and dozes of pumpkins. With music by Grayson Matthews, many of the sounds were smashed, tapped, kicked, clapped or scooped out of actual pumpkins and carving tools.

Many pumpkins were photographed twice. First as a nicely lit, carving-free plate. Then again after carving our designs and removing the top or back so we could insert a light. The two were then composited together to remove the lighting equipment. We re-used pumpkins where we could (fronts and backs and sometimes sides) but that wasn’t always possible.