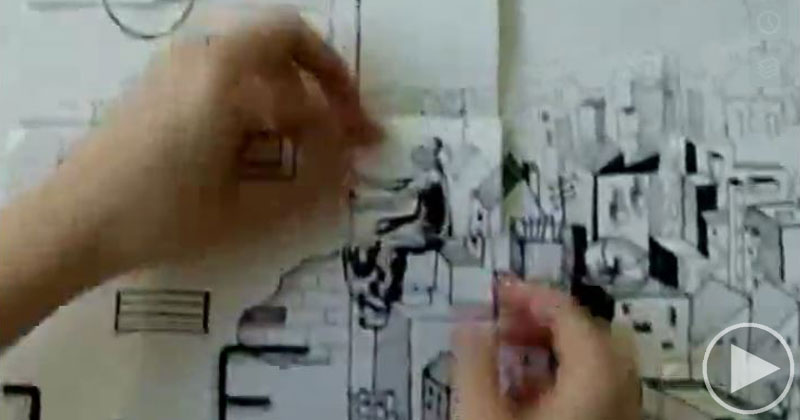 “Parkour” is an awesome animation by illustrator and graphic designer Serene Teh. Each frame was illustrated with paper and pen and is like an exploded version of a flip book style animation, with the action unfolding with the paper.

“Parkour” was Serene’s first attempt at this style of animation (first uploaded in 2009, hence the grainy quality) and the viral vid led to a series of commissions from film and television studios to create trailers in the same style. You can see more examples on her Vimeo page.