James and Michael Fitzgerald are an Irish-based graphic art duo better known as The Project Twins. Together they work in a range of disciplines including art, design and illustration on both personal and commercial projects.

In a personal project entitled A-Z of Unusual Words, The Project Twins use bold graphics and visual wit to interpret and represent a collection of strange and unusual words.

Exhibited during Design Week Dublin in 2011, the project explores the synthesis between form and content and words and images. The series features one word for each letter of the alphabet. Prints are available at their online storefront and you can see the series in its entirety on their official website.

The practice of destroying, often ceremoniously, books or other written material and media 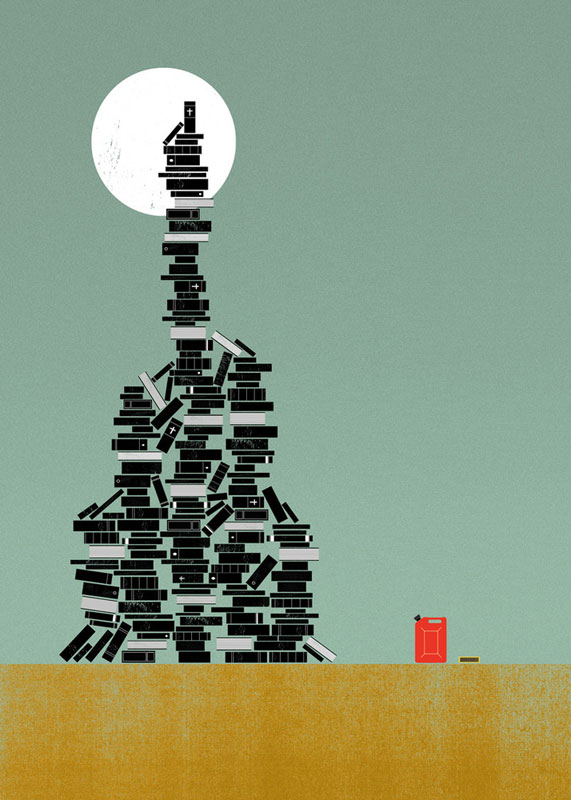 The pathological belief that one is inhabited by an evil spirit 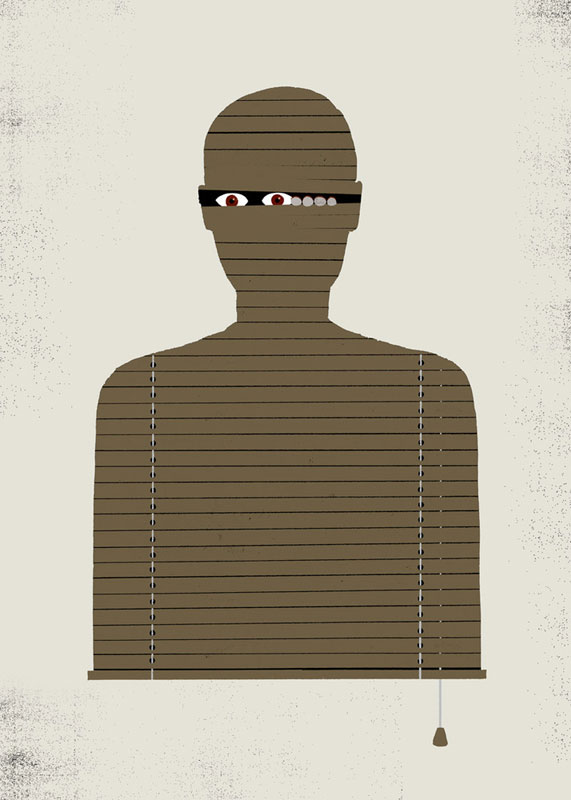 To have a paralysing or mesmerising effect on: Stupefy or Petrify

The casting of an evil eye 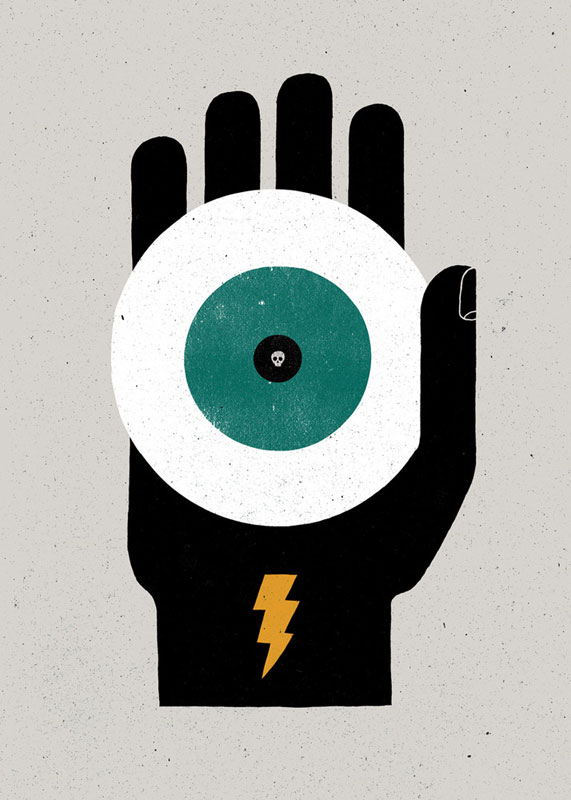 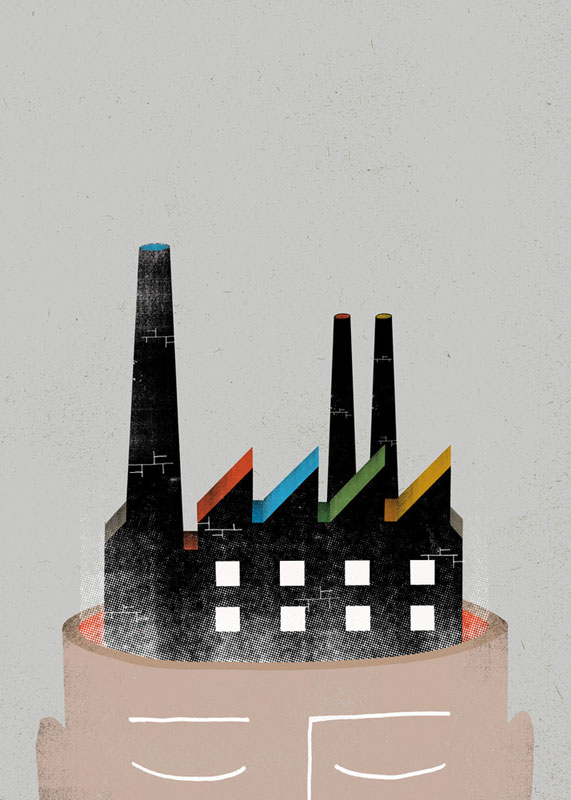 The act of cultivating, or growing and grooming, a mustache, beard, sideburns or other facial hair

A disorder characterised by an uncontrollable urge to dance 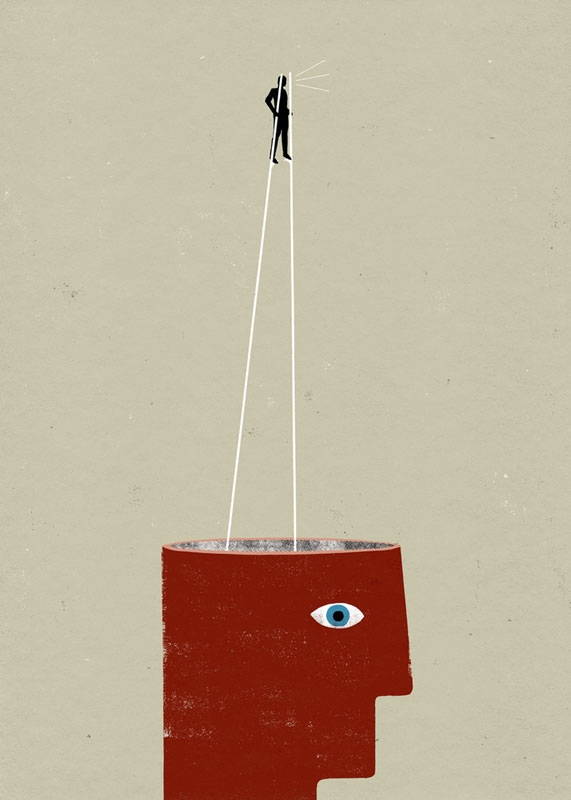