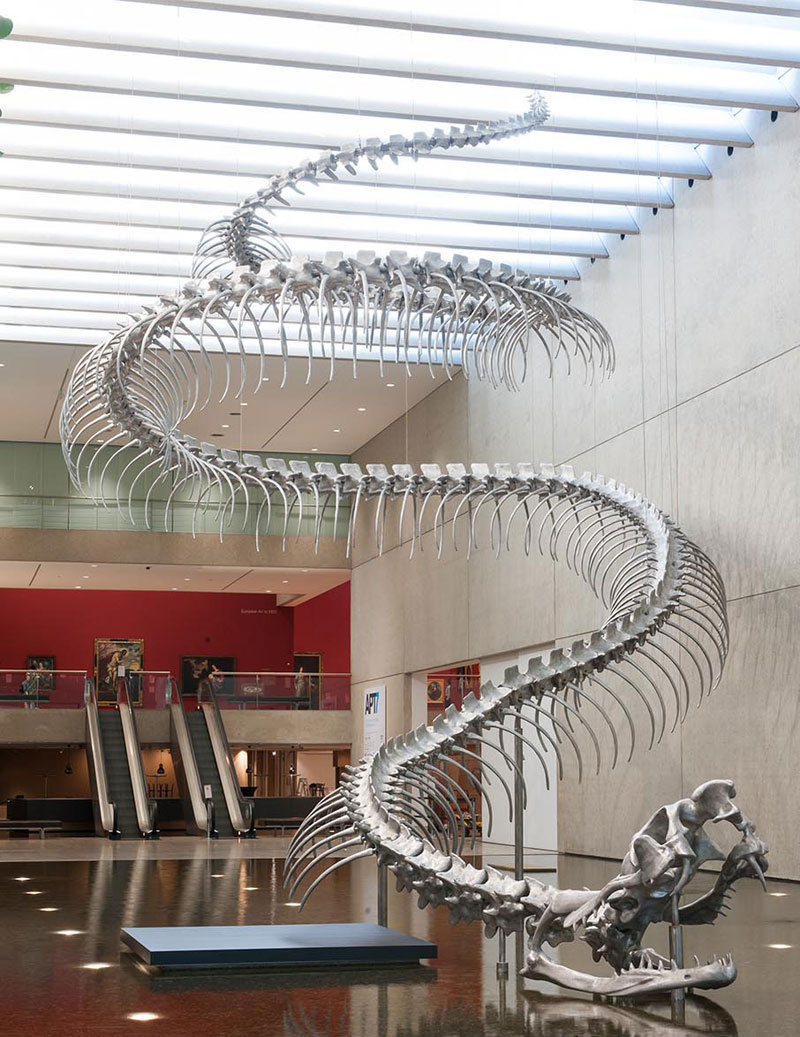 Ressort is the name of the recently commissioned and acquired sculpture by Chinese-French artist Huang Yong Ping for the Queensland Art Gallery of Modern Art (QAGOMA). The gigantic aluminum snake skeleton spirals over 53 meters (173.88 ft).

Huang was born in Xiamen in southern China in 1954. Along with artists such as Zhang Xiaogang and Xu Bing, he was part of the first wave of students admitted to the newly reopened art academies following the Cultural Revolution (1966–76). While at the Zhejiang Academy of Fine Arts in the late 1970s and early 1980s, Huang gained access to Western art and philosophy books in Chinese translation, and became interested in French postmodern theory and the work of Marcel Duchamp, John Cage and Joseph Beuys.

Huang found connections between Taoist and Zen Buddhist thought, with its embrace of constant change, and the deconstructive, dematerialising strategies of Dada. In 1986, he co-founded the influential avant-garde group Xiamen Dada, which staged several radical events that included burning paintings at the end of an exhibition, and installing construction materials in a gallery instead of art works.

Since 1989, Huang has lived in Paris. As with many artists of his generation, he left China at the time of the Tiananmen Square crackdown, which registered an end to the increasingly open expression that had built since the end of the Cultural Revolution. Living in France enabled Huang to participate actively in the international art world, exhibiting widely and raising awareness of Chinese avant-garde art, particularly in Europe.

Ressort is currently on display in the Queensland Art Gallery (QAG) Watermall. There’s also an 18-picture gallery on Flickr that documents the build process.

QAGOMA via My Modern Met 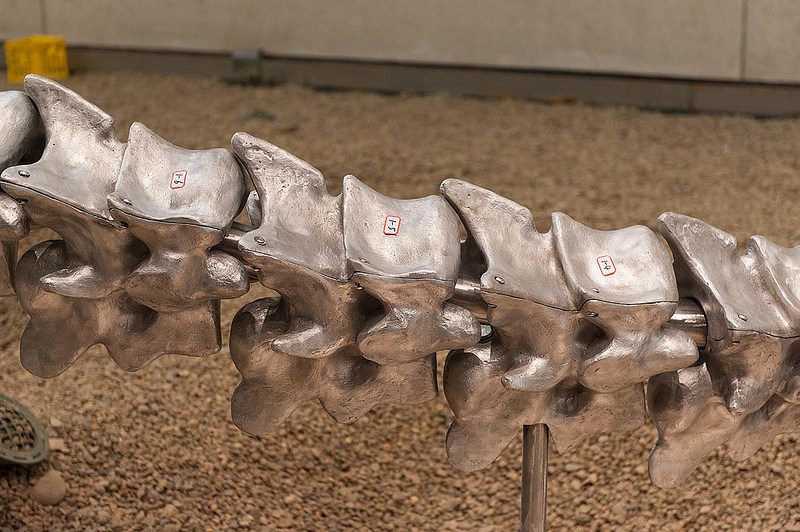 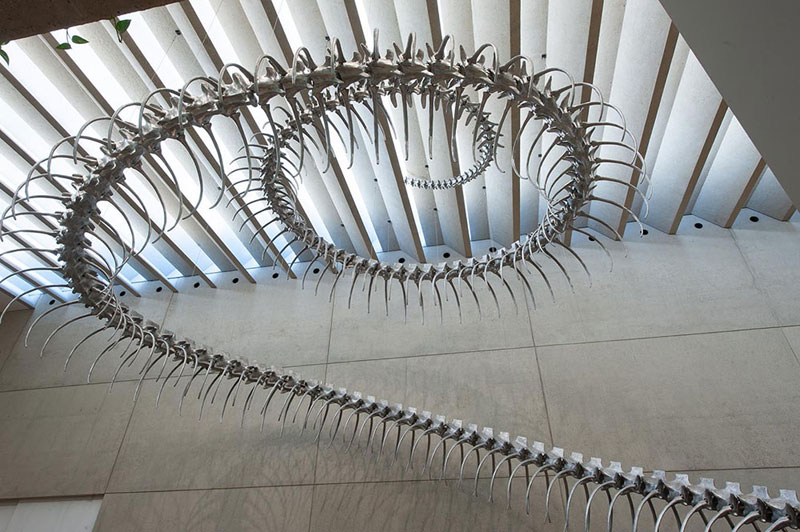 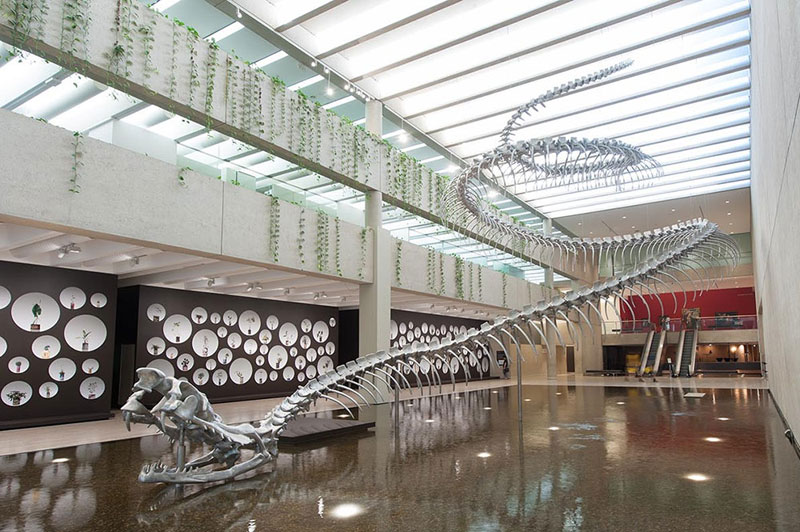 40 Gargoyles and Grotesques Around the World

A 500 pound Blue Crab made from Stained Glass

Larger Than Life Portraits Made from Everyday Objects 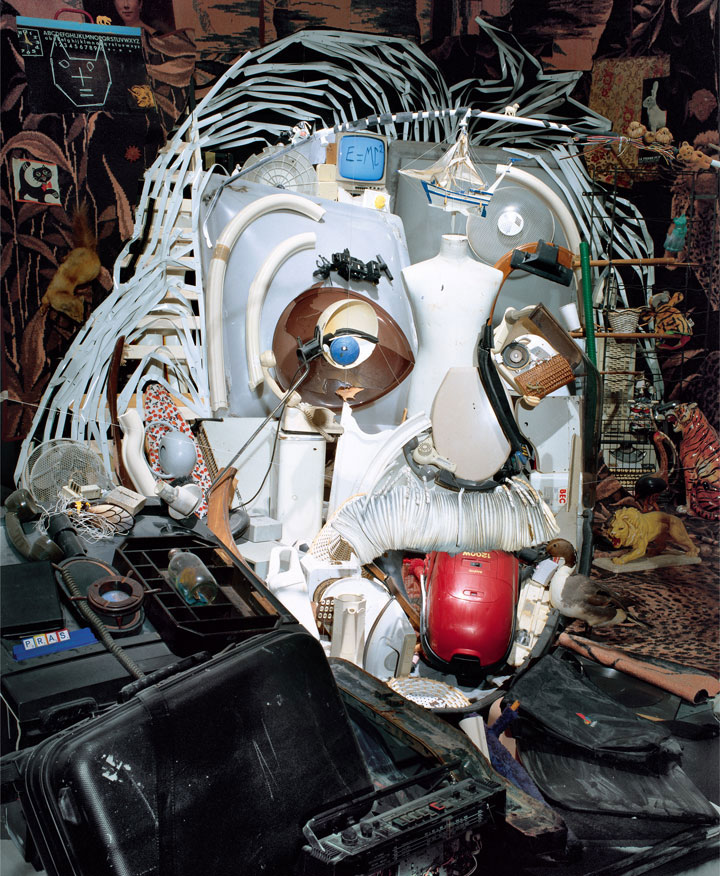