On January 16, 2008, Flickr announced the start of an ambitious project called, The Commons. The key goals of The Commons are to firstly show you hidden treasures in the world’s public photography archives, and secondly to show how your input and knowledge can help make these collections even richer.

This past January, The Commons celebrated their Five Year Anniversary. In that time the pool of images has grown to more than 250,000 from 56 different libraries, archives and museums. The Flickr community has also contributed nearly 2 million tags and over 165,000 comments, adding richness and insight to these historic images.

To celebrate the occasion, Flickr Commons’ founding member, the Library of Congress, asked Commons member institutions to send in links to a few of their most viewed, commented, or favorited images. The result is four very special galleries celebrating the beauty, excitement, and emotion of those amazing public collections of civic institutions from around the world.

You can see the four special galleries at the following links: GALLERY 1 | GALLERY 2 | GALLERY 3 | GALLERY 4

Below you will find a selection of 30 standout images from the four galleries above. Be sure to head over to Flickr Commons for more incredible imagery.

Photograph by Carl Curman (via Swedish National Heritage Board on Flickr)

View towards the Old Town and the Southern part of Stockholm city in Uppland, Sweden. Cyanotype photograph by Carl Curman 1900. 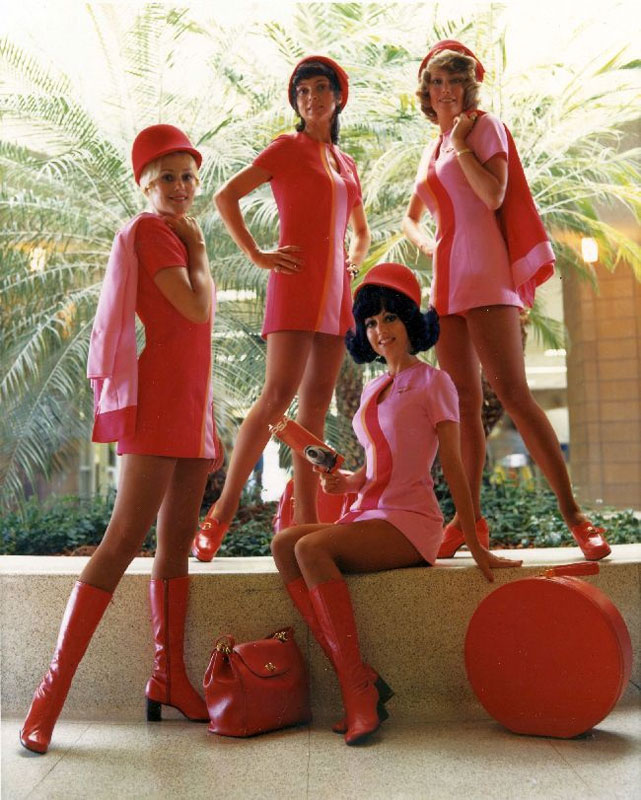 Photograph taken in front of the Athenaeum, Caltech on January 7, 1931. Flanking Einstein are notable scientists, A.A Michelson and Robert A. Millikan. In the back row: Walter S. Adams, Walther Mayer, Max Ferrrand.

Photograph by Einar Erici (via Swedish National Heritage Board on Flickr)

These are the three children of a Mrs Murdoch from Kilcoran Lodge, Cahir, Co. Date: Wednesday, 27 September 1905

This photograph is taken in Canada Dock in Liverpool, 1909. The gentleman in uniform is “Mauretania’s” first Chief Engineer, John Currie. RMS MAURETANIA was one of the most famous ships ever built on Tyneside.

Soldiers are standing in a very deep, narrow trench, the walls of which are entirely lined with sandbags. At the far end of the trench a line of soldiers are squashed up looking over each others’ shoulders at the soldier asleep. The sleeping soldier is lying on a narrow ledge in an uncomfortable position but looks so relaxed and deeply asleep. His rifle is lying to hand and he is still fully equipped. His comrades in the background all appear to be smiling. Everyone is covered in dust and wearing muddy boots.

Photograph by Charles O’Rear (via The U.S. National Archives on Flickr)

Photograph by Adolph B. Rice Studio (via The Library of Virginia on Flickr) 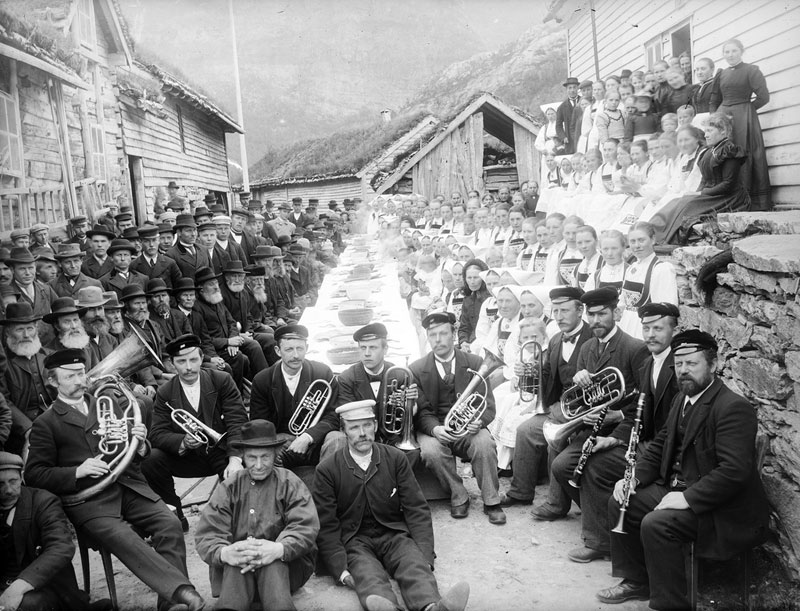 Photograph via Fylkesarkivet i Sogn og Fjordane on Flickr

The people of the Eksingedalen valley celebrating that parts of the new road through the valley have been completed. The celebrations took place at Flatekval in 1898. 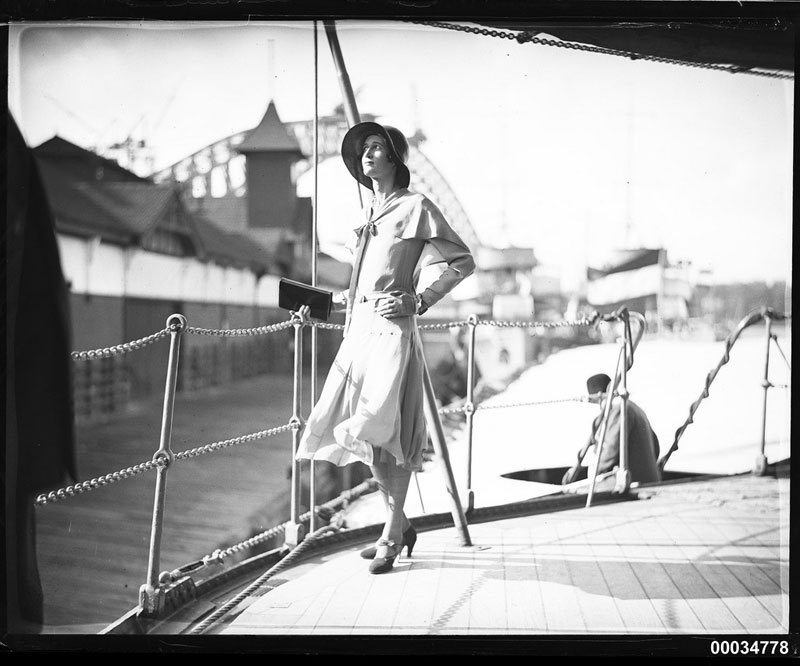 The Koninklijke Marine (Royal Netherlands Navy) including HNLMS JAVA, HNLMS EVERSTEN and HNLMS DE RUYTER arrived in Sydney on 3 October 1930. The ships berthed at the Oceanic Steamship Company wharf and Burns Philp and Company Wharf in West Circular Quay. The Sydney Morning Herald reported on the ‘unfamiliar spectacle’ of the Dutch squadron arrival.

On 10 October, the squadron hosted a reception on board JAVA ‘as a return for the hospitality they had received while in Sydney’. The SMH reported that distinguished guests were greeted by the Dutch Consul-General Petrus Ephrem Teppema, Madame Carmen Delprat Teppema and Rear-Admiral Kayser. 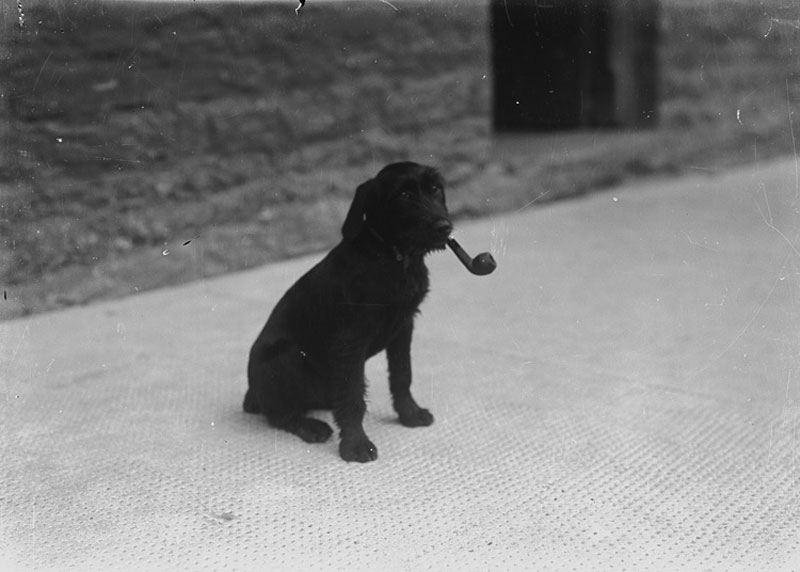 Photograph by P B Abery (via The National Library of Wales) 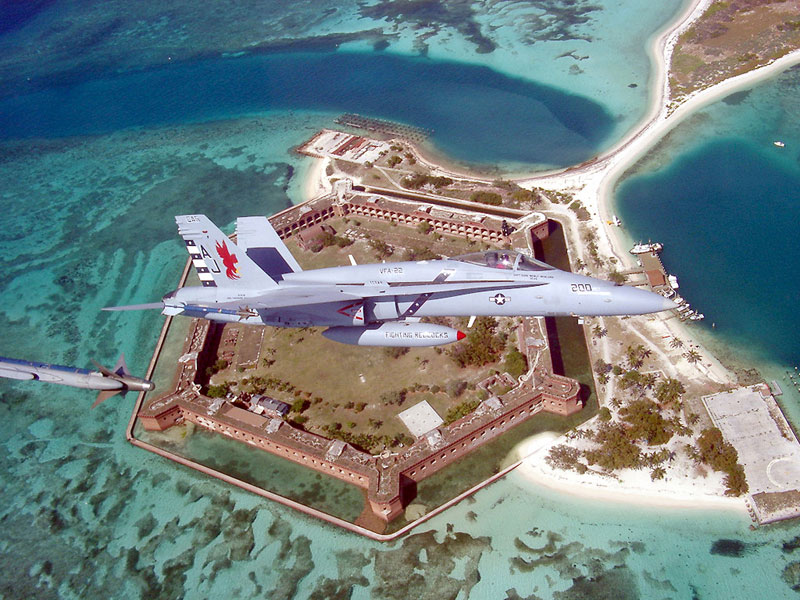 British soldiers at the old German Front Line, during World War I. In front of a mound and standing in a network of trenches are groups of soldiers, mostly smiling and laughing. They are all wearing large ponchos and the ground is very muddy. One soldier is pointing to a sign which says the ‘old hun line’.

Photograph via State Library and Archives of Florida on Flickr

25. The Eagle Nebula (M16):
Peering Into the Pillars of Creation 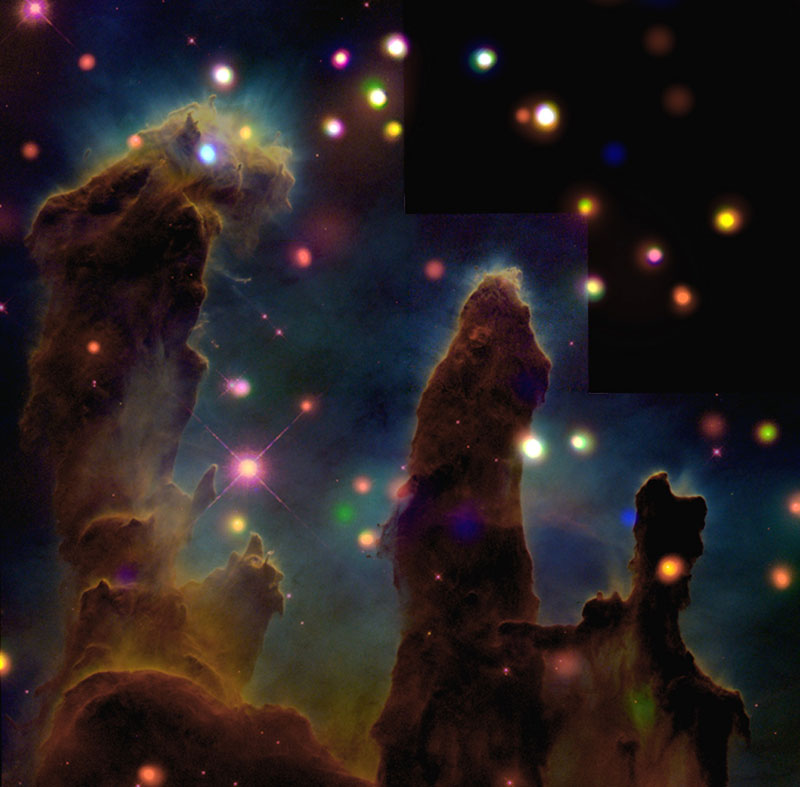 Photograph by Chandra X-ray Observatory (via Smithsonian Institution on Flickr)

The Eagle Nebula (M16): Peering Into the Pillars of Creation (A nearby star-forming region about 7,000 light years from Earth.

Description: A composite image of the Eagle Nebula (M16) with NASA’s Chandra X-ray Observatory and the Hubble Space Telescope penetrates the dark columns of gas and dust to reveal how much star formation is happening there. The Chandra data (red, green, and blue represent low, medium, and high-energy X-rays respectively) show very few X-ray sources in the so-called “Pillars of Creation” themselves. This indicates that star formation peaked in this region several million years ago.

27. Woman with slabs of bacon tied to feet standing in giant skillet

Woman with slabs of bacon tied to her feet standing in a giant skillet holding an enormous wooden spatula and smiles at the crowd, Chehalis, Washington, ca. 1929-1932 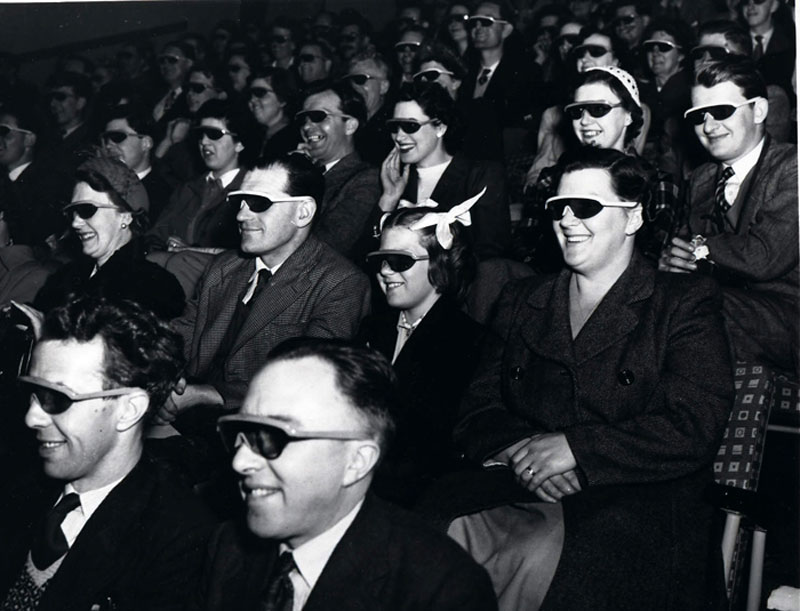 Audience wearing special glasses watch a 3D “stereoscopic film” at the Telekinema on the South Bank in London during the Festival of Britain. May 11, 1951.

Dutch boy with a pillow strapped on his backside in order to soften the falling on ice while skating. The Netherlands, 1933. 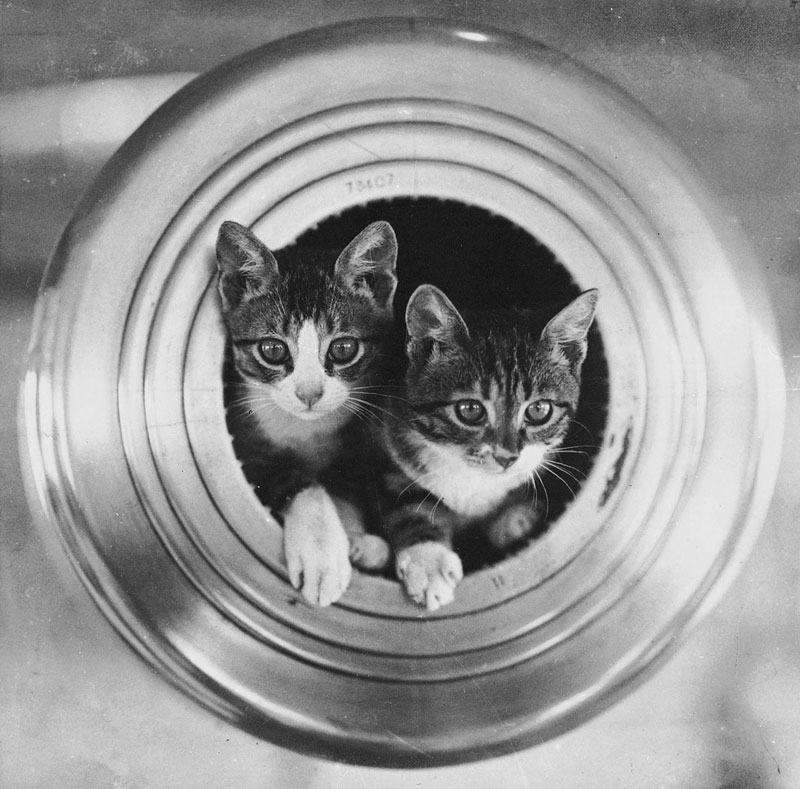 Vintage Photos of Egypt from the 1870s 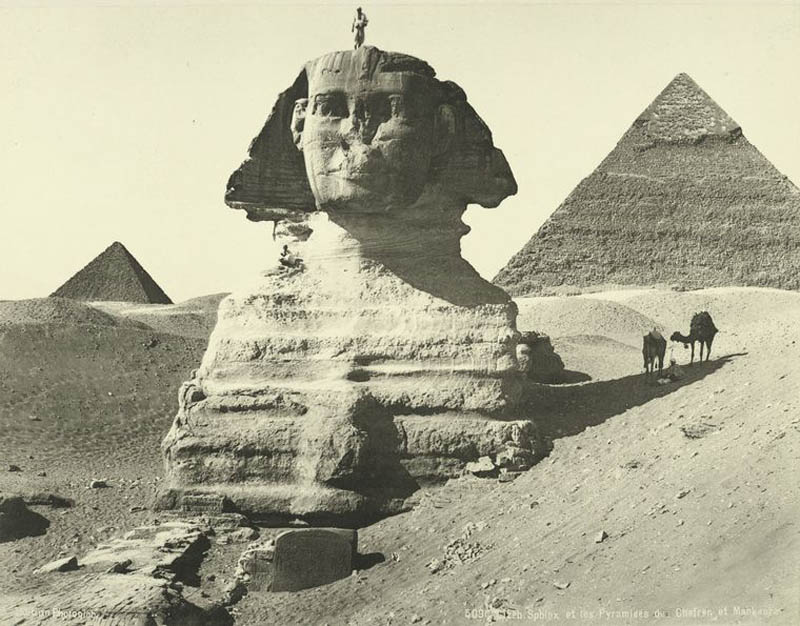