A Gigantic Rubber Duck Makes Its First Visit to China 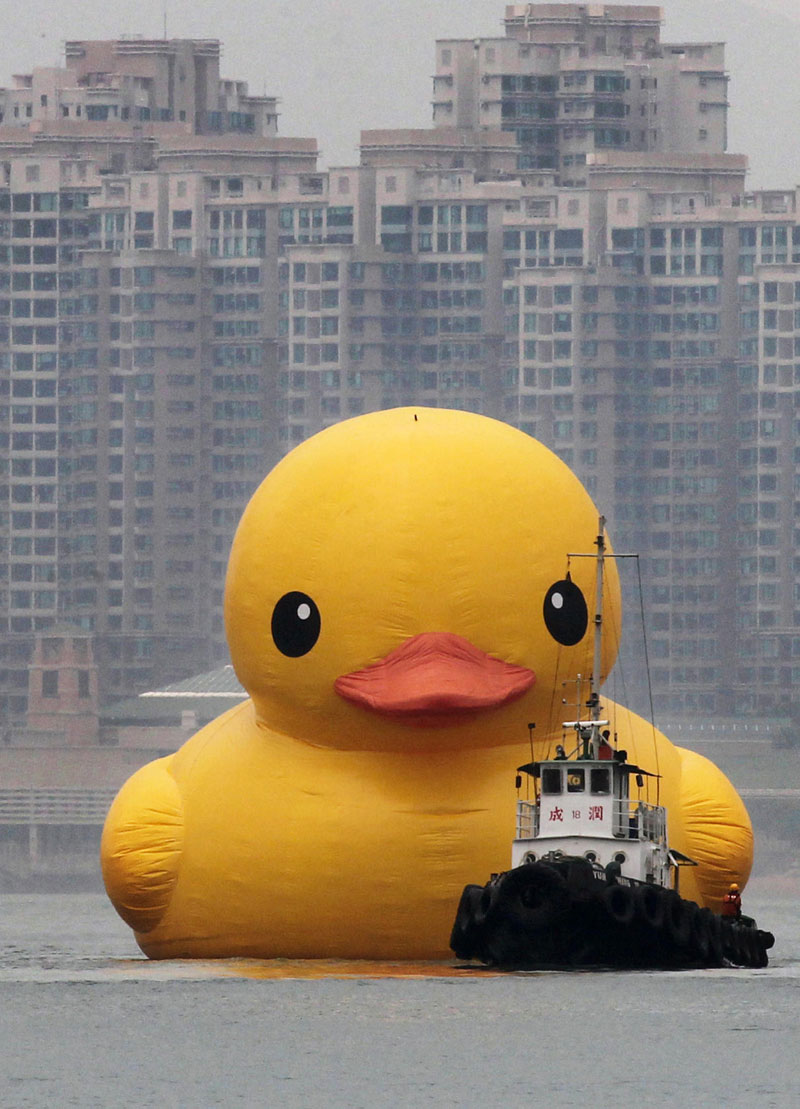 “The Rubber Duck knows no frontiers, it doesn’t discriminate people and doesn’t have a political connotation. The friendly, floating Rubber Duck has healing properties: it can relieve mondial tensions as well as define them. The rubber duck is soft, friendly and suitable for all ages!”

To see all previous locations Hofman’s famous rubber duck has appeared, check out the previously featured post on the Sifter. For more brilliant artwork from Florentijn check out his official website or follow him on Facebook.

The World Travels of a Giant Rubber Duck

The Largest Land Vehicle in the World