A Model Train Travels Across Canada

Jeff Friesen is an award winning photographer that has exhibited his work all around the world. All of Jeff’s series begin life as a personal project and grow from there. In his latest series entitled, The Canadian: Ghost Train Crossing Canada, Jeff takes photos of the beautiful Canadian landscape as he makes his way across the world’s second largest country.

The wrinkle is that he also places a vintage 1955 streamliner train (aptly named ‘The Canadian) into his shots. The result is a tiny model train that appears to be traversing the beautiful range of landscapes across Canada. You can find the ongoing series in its entirety on Jeff’s official site. Prints are also available.

[via My Modern Met] 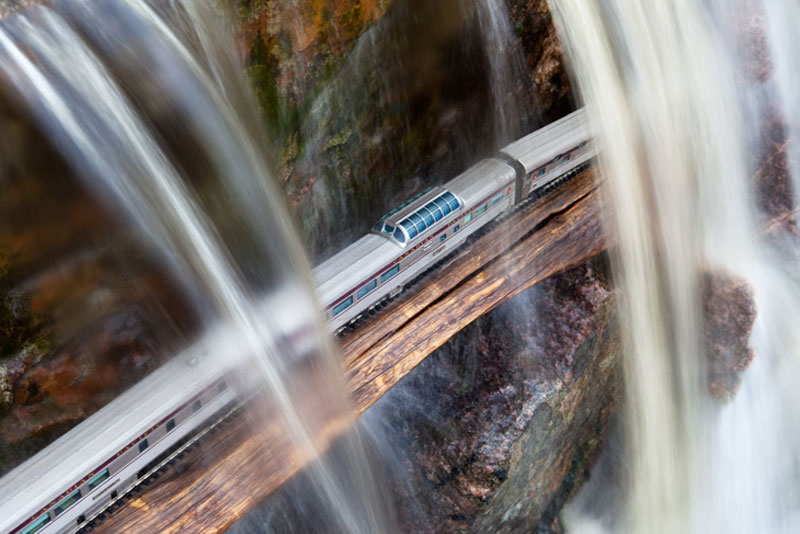 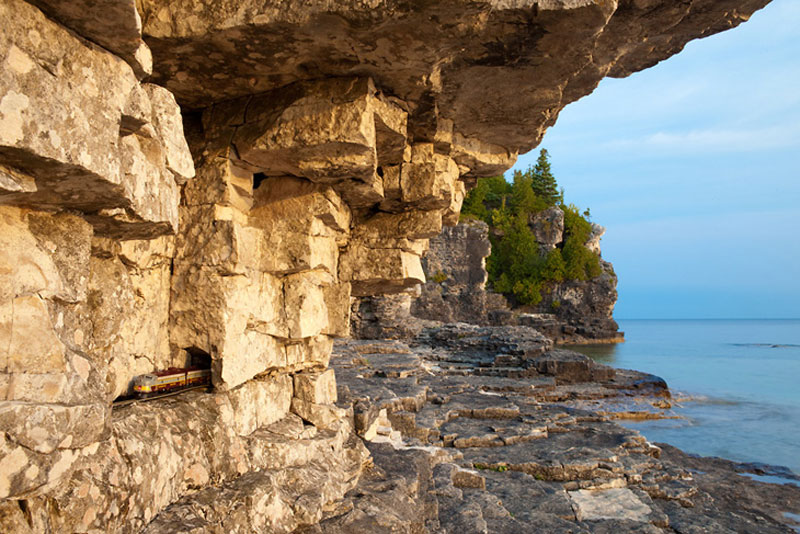 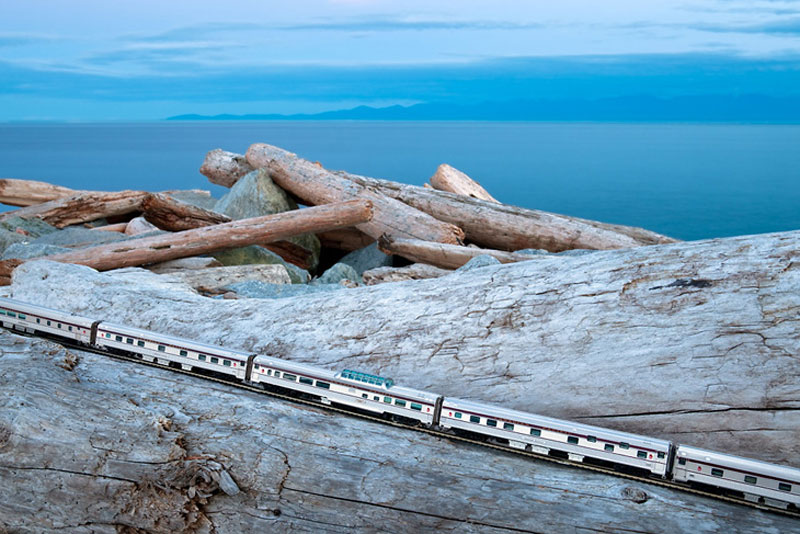 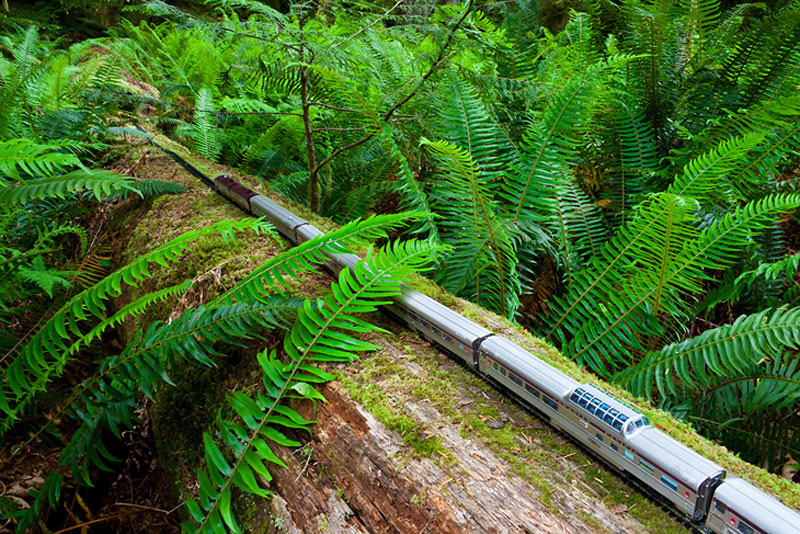 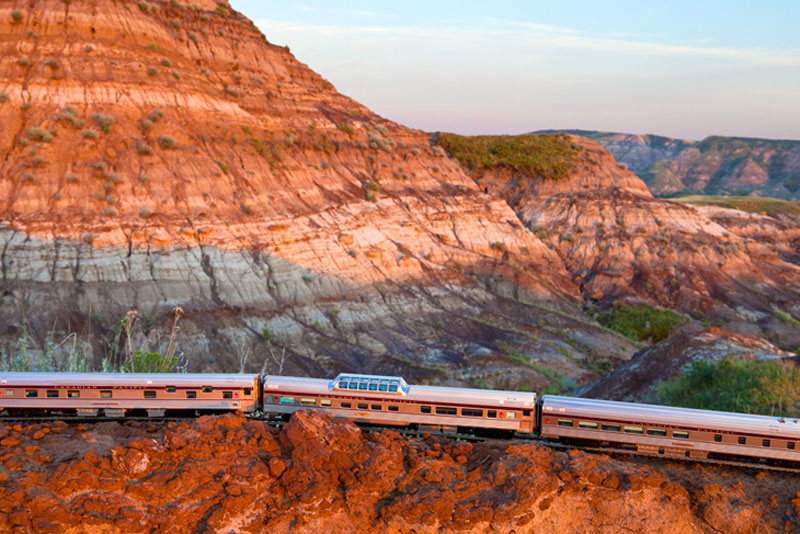 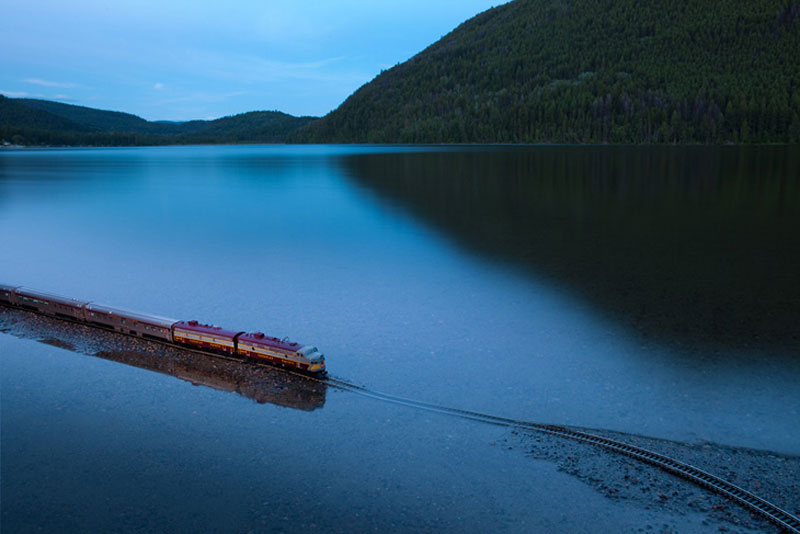 There’s plenty of magic left to find in country big enough to hide mountain ranges. Considering Canada is 8000 kilometres (5000 miles) wide, it’s remarkable how many people set out to cross the country from sea-to-sea. With so much ground to pass beneath you, this is one pilgrimage where the journey really is the destination. Wether by car or bicycle, train or canoe, travellers form their own river running across the landscape. Not too long ago I saw a man pushing a shopping cart down the highway in one of Saskatchewan’s lonelier spaces. A small Canadian flag waved out from the bundle in the cart. Sure enough, I saw the same man, now longer in the beard, pushing his cart on the outskirts of Winnipeg three weeks later. What he is discovering we can only dream.

It’s hard to make sense of living in a big country. Maybe that’s where the sea-to-sea travel urge comes from. I remember eating lunch in an Acadian village on New Brunswick’s coast. The restaurant’s other patrons were lobsterman eating rappie pie and discussing the weather in French. The village and its harbour formed a completely self-contained little world, yet these people actually share something in common with, say, a software engineer having noodles for breakfast four time zones away in the mini-Hong Kong that is Richmond, BC. How does one flag wrap around all of this?

My own cross-country exploration is done by taking the train, but not in the usual sense…I carry the train rather than it carrying me. It fits into a shopping bag from Mountain Equipment Co-Op.

The train is just two inches tall, and it’s a ghost from another age. This is the vintage 1955 streamliner that was first named “The Canadian.” Unfortunately, you won’t find scheduled service for this scenic dome route, though you may see evidence of its passing. For all of you who have come across me working on this project and offered many kind words I hope you enjoy the finished photographs.

“The Canadian” is a work-in-progress and the above portfolio gives an introduction to the project for you. Special thanks to Jason Shron of Rapido Trains, for making a model train that is in itself a work of art. [Source: Jeff-Friesen.com]

Seeing the World Through an Airplane Window [50 pics] 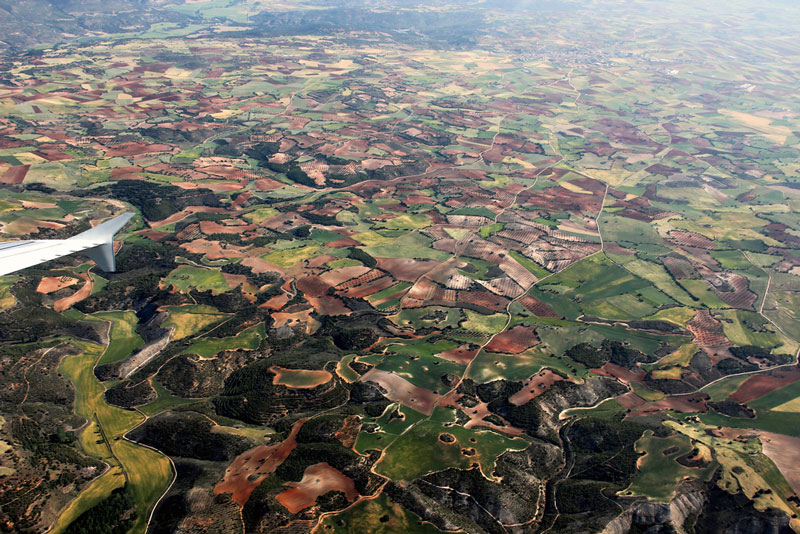 Souvenirs in Front of their Real Life Counterparts

The World Travels of a Giant Rubber Duck