An Abandoned School in Detroit – Now and Then

Through photography, detroiturbex.com seeks to raise awareness of the social and economic challenges facing the city of Detroit. Over the course of 100 years the population level has rapidly expanded and contracted. In the 1950s the population was approximately 1.85 million, in 2010, it was 713,000.

The recent contraction means many of the buildings that were erected to support the rapid growth are now vacant and abandoned. The infrastructure was built to handle a population of 2 million. Only a third of that currently resides in Detroit.

In a fascinating series entitled Cass Tech – Now and Then, detroiturbex has created a 43-picture gallery of old photos and found the exact location of where they were taken and made a composite of the past and present.

For more urban exploration of Detroit, be sure to visit detroiturbex.com. You can also find them on Facebook 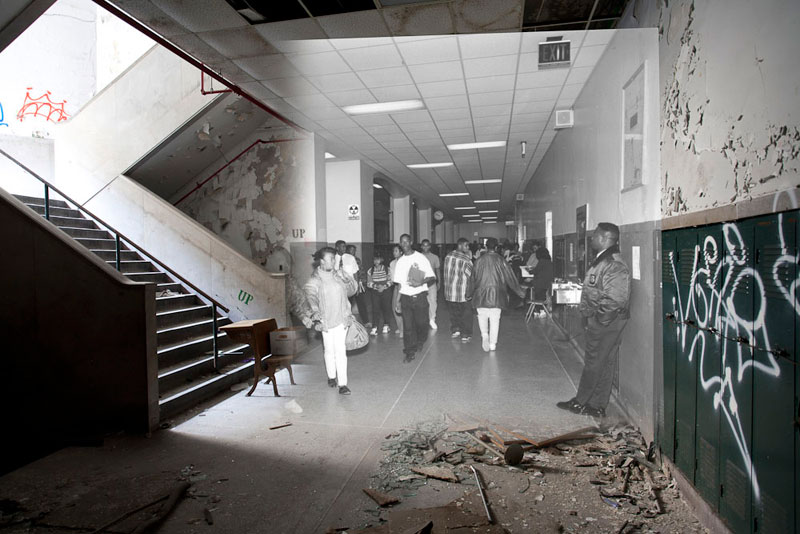 4. Classroom (couch is still there today) 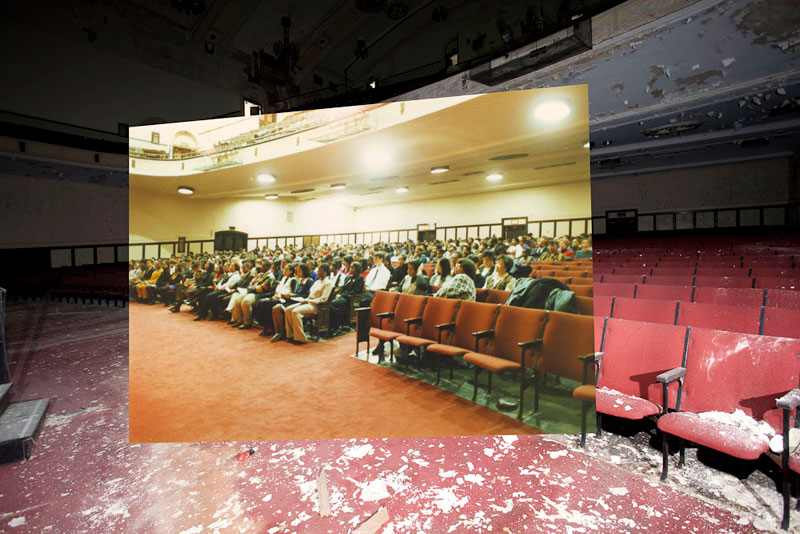 6. Dance hall in the new wing

7. Pep band makes their way through a crowd 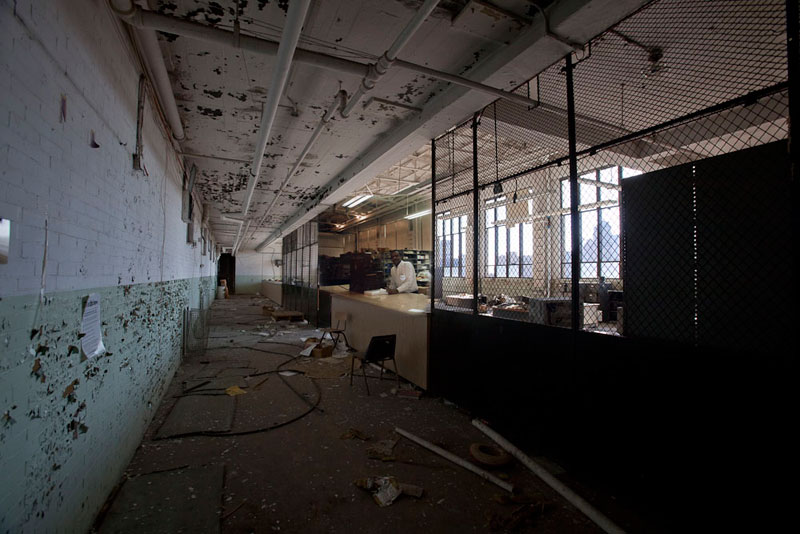 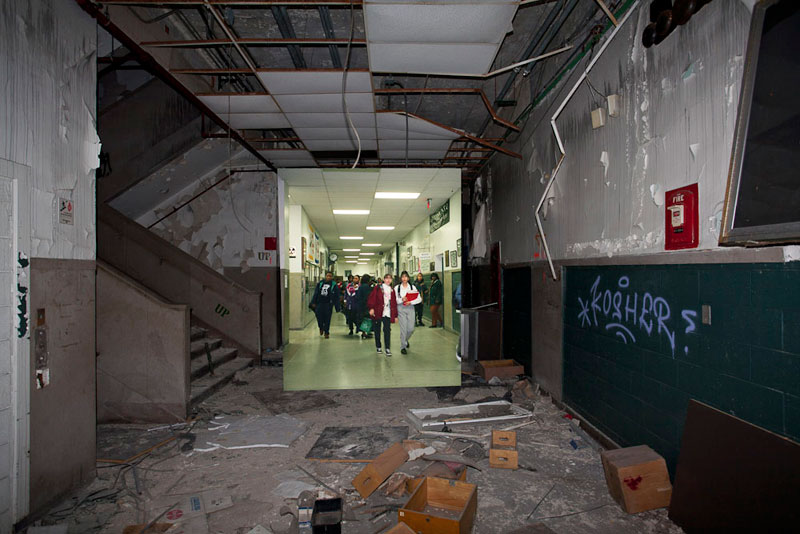 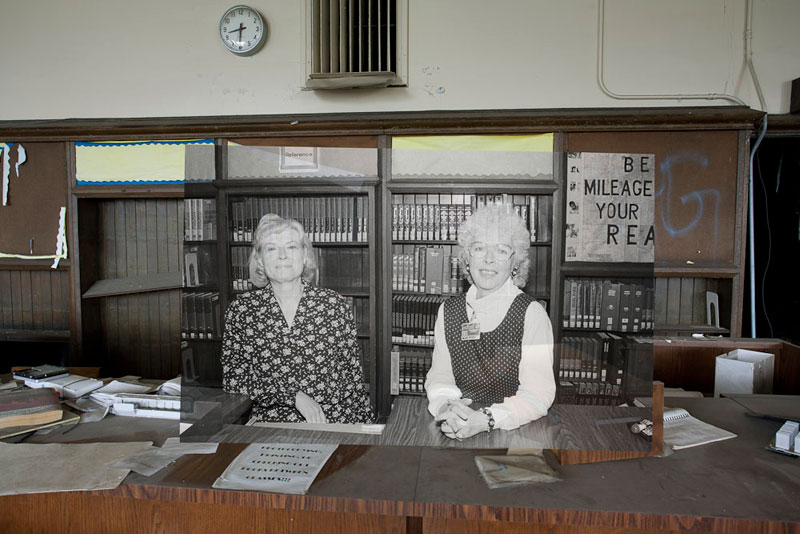 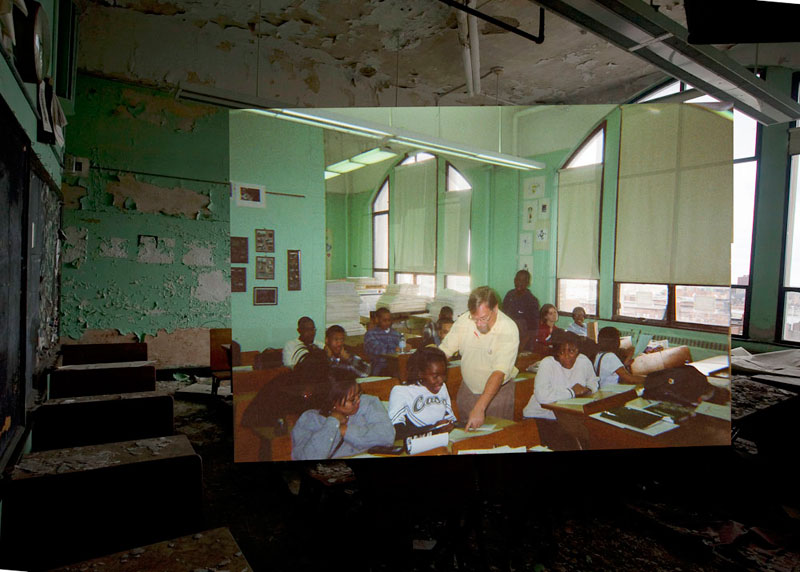 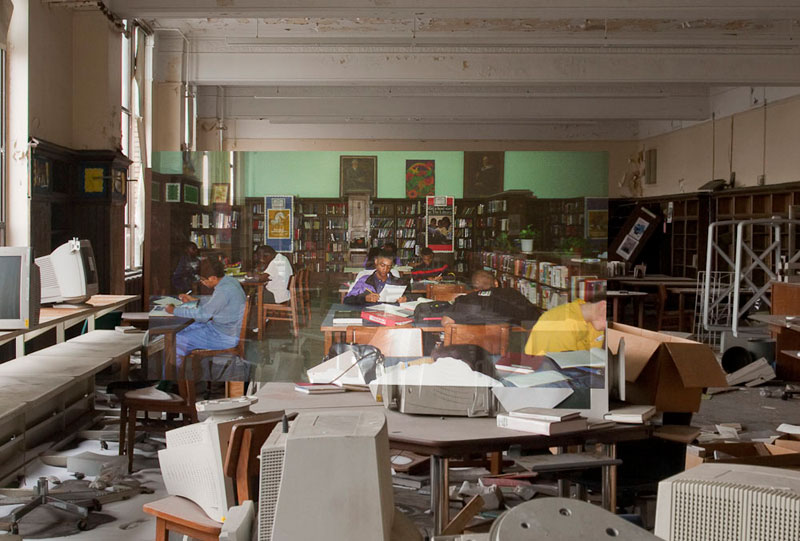 A Tour of Abandoned Houses in Detroit 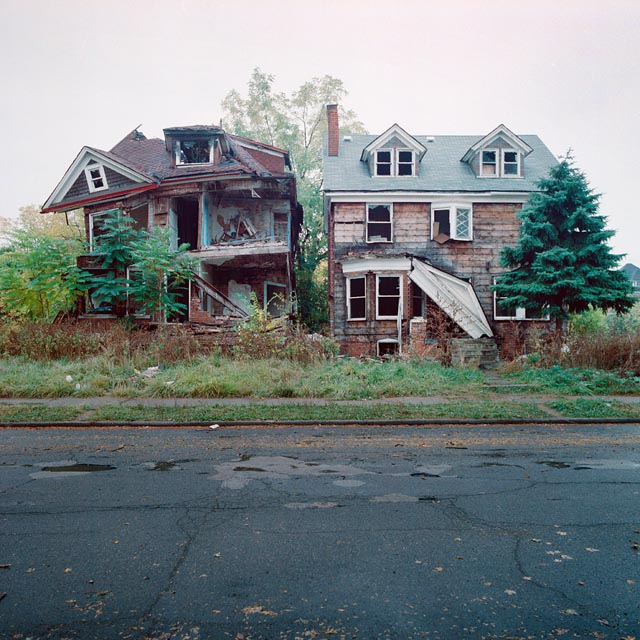