Eligible contestants can visit www.nationalgeographic.com/travelerphotocontest to submit photographs in any or all four categories: Travel Portraits; Outdoor Scenes; Sense of Place; and Spontaneous Moments. The entry fee is $15 (USD) per photo, and there is no limit to the number of submissions per entrant. For details and official contest rules, visit http://on.natgeo.com/16mfbpm.

“Our photo contest turns 25 this year, making it, we believe, the longest-running travel photo contest in the world,” said Keith Bellows, National Geographic Traveler magazine editor in chief. “In the last few years it seems as if the quality of shots has taken a quantum leap forward. The pictures increasingly reflect a more sophisticated way of seeing and interpreting the world, making the judging process more difficult. We encourage photographers to enter their work and compete against the best.”

National Geographic Traveler photo editors will showcase their favorite entries every week at www.nationalgeographic.com/travelerphotocontest. Visitors to the site can view all entries and share them with family and friends through Twitter and Facebook as well as download wallpapers and complete jigsaw puzzles featuring contest entries.

Below you will find a gallery of some of the National Geographic Editors’ favorite animal images to date. Enjoy!

Our first morning game drive on Safari in South Africa brought us this magnificent leopard. He was bathed in the orange hues of the sunrise and it was breathtaking. 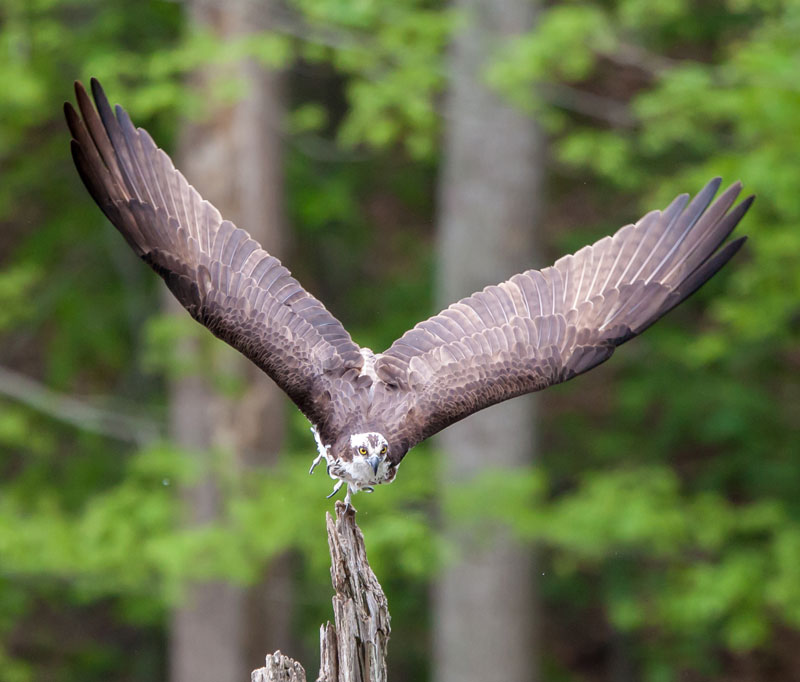 I clicked this photo as the Osprey was taking off from his perch.

A surprise companion, the Pacific Tree Frog, lurking in the lichen.

A family of snow monkeys cuddling up together for security and warmth. They appeared very protective of one another and seemed unsure of my presence. 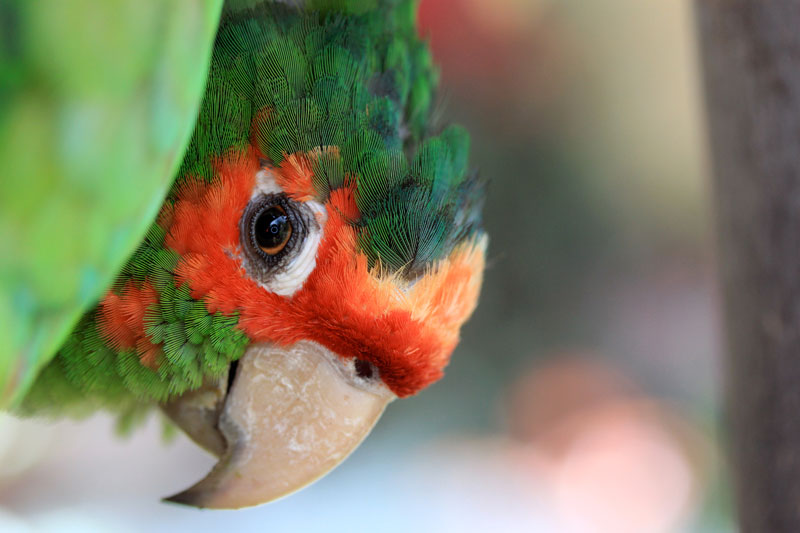 A cafe outside of Aquas Calientes in the Cuzco region of Peru has perches for wild parrots that come and feed on seed and fruit left out for them. This curious little fella was peeking out from behind a leaf to get a better look at me. Apparently he was entertained by the odd human with the camera because he let me get only a few inches away, where my ring light could better illuminate his beautiful feathers. 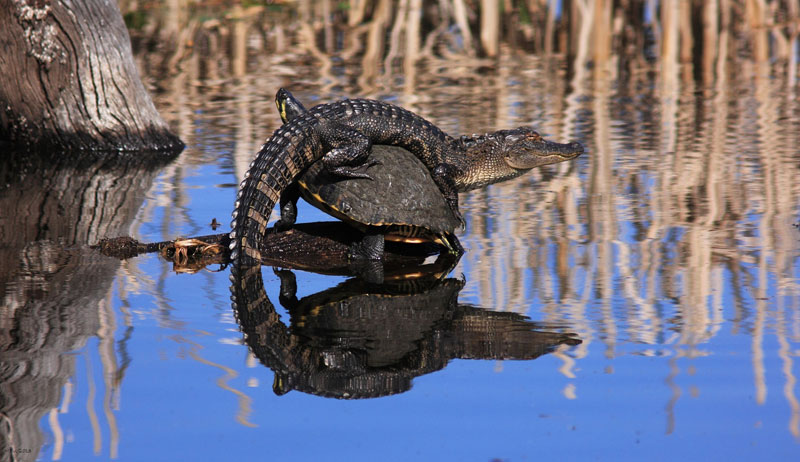 I have seen alligators and turtles together in ponds before, but never like this! I was at Bluebill Pond in Harris Neck NWR when I saw what I thought was an alligator sunning itself on a stump. As I got closer I realized that it was actually perched on the back of a turtle! I wish I had been there to witness how this surprising esprit de corps had come to pass!

Look Into My Eyes

This picture was taken on a game drive in the Addo Elephant National Park, the third largest national park in the Eastern Cape, South Africa. The park contains a wide diversity of fauna, flora and landscapes and incorporates semi arid landscapes all the way to a marine reserve. These zebra were so calm and you just got the feeling they wanted to be photographed!

Two vultures in action from Massai Mara in Kenya while they are fighting.

This photograph was taken while I was on vacation in South Carolina. It was a rainy miserable day until I happened upon this alligator hanging out in a local pond.

The hummingbird and the flower

Who Needs to Fly?

This is one of the Big Major Cay’s pigs swimming in the clear, turquoise waters of the Bahamas. Pigs are great swimmers!

A two-year old Mountain Gorilla (Gorilla beringei beringei) of the Sabinyo family, plays in the bamboo forest of Volcanoes National Park, Rwanda. In 1981, this population fell to 240 because of rampent poaching and habitat loss. Today the population is estimated to be around 800 and rising and this photograph represents the exciting turn around and hope for the next generation. Thank you to the conservationists, rangers and educators working to protect these magnificent cousins of ours and their habitat in the Virunga massif.