Artist Carves Amazing Sculptures out of the Blades of Knives 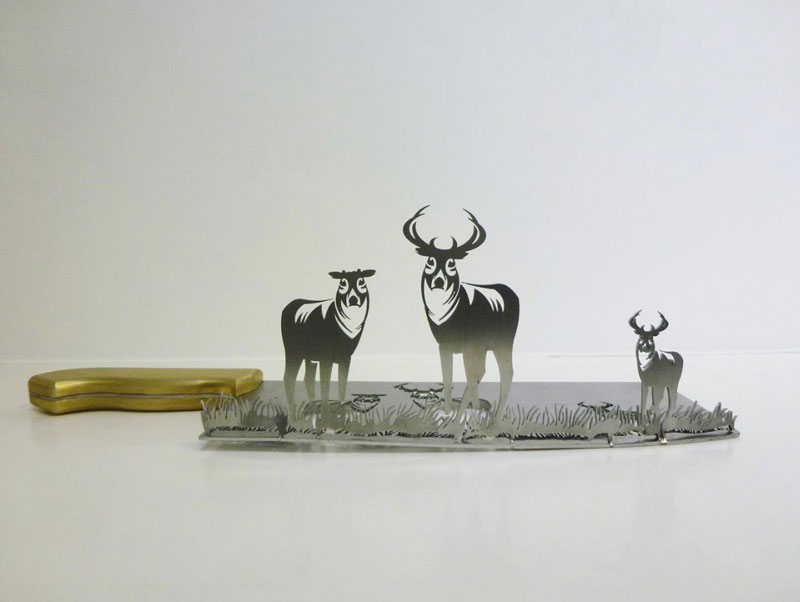 The initial concept of this metal series came to Li back in 2007, the same time as he developed his extremely successful expandable paper sculptures series, during his studies at Beijing’s Central Academy of Fine Arts. ”Shadow of Knives” is a warning he gives society – that human beings will eventually destroy themselves because of their gluttony and their abuse of animals.

After graduating from the Central Academy of Fine Arts with an MFA in Experimental Art, Li quickly became one of the more popular young contemporary Chinese artists. His works have been exhibited extensively around the world, and are included in public collections such as in the Central Academy of Fine Arts Museum, Found Museum, 53 Art Museum in Beijing and the White Rabbit Collection in Sydney.

For more be sure to check Hongbo on Facebook.

[My Amp Goes to 11 via Laughing Squid] 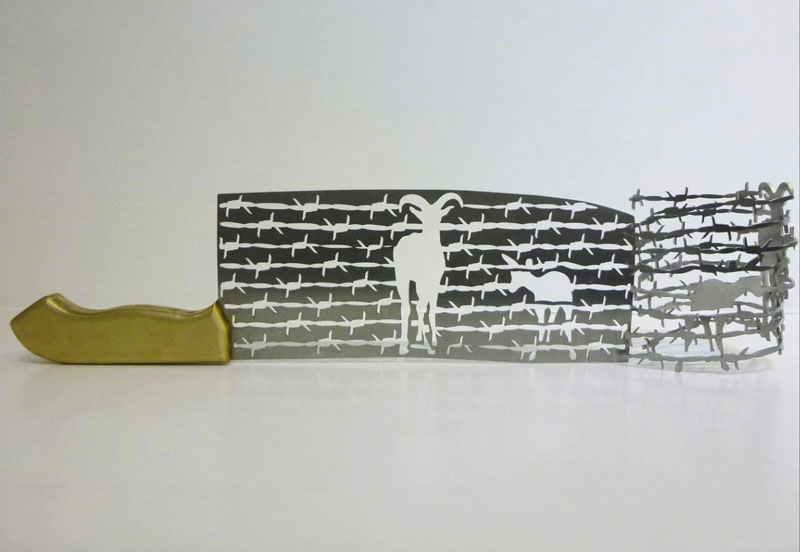 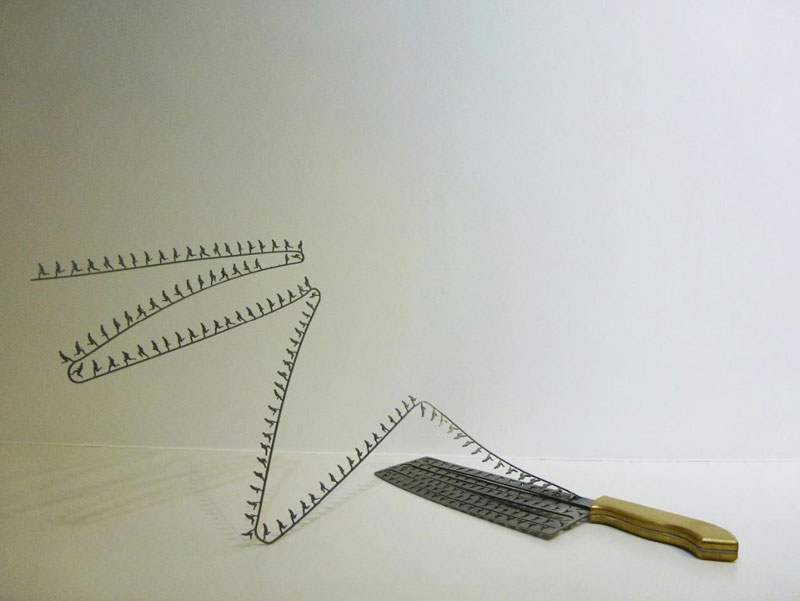 The Art of Cutting Feathers by Chris Maynard

20 Sculptures Cut from a Single Piece of Paper