Crocheting a Locomotive in Lodz, Poland

Although currently living in the United States, crochet artist Olek recently returned to her native country of Poland for an epic project. Over the course of two straight (and rainy) days, Olek and her team of four assistants ‘yarn bombed’ an entire locomotive with two freight cars in tow. Olek had already crocheted many of the panels beforehand but they still had to be assembled to cover the train.

The team worked through the night to pull off the massive undertaking, debuting the crocheted train on July 13th. It will be on display in Lodz, Poland, until August 19th. The project was done in collaboration with the city and was authorized. She calls the piece ‘Deadly Romance’. 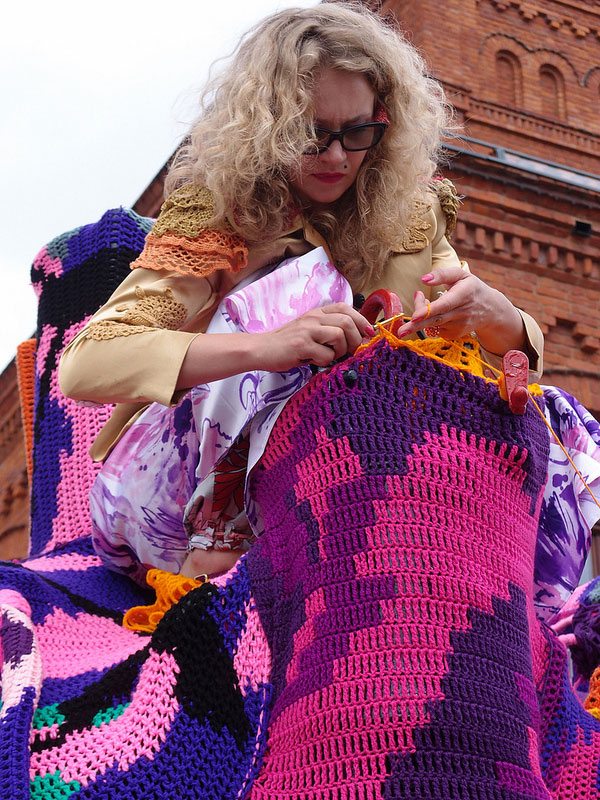 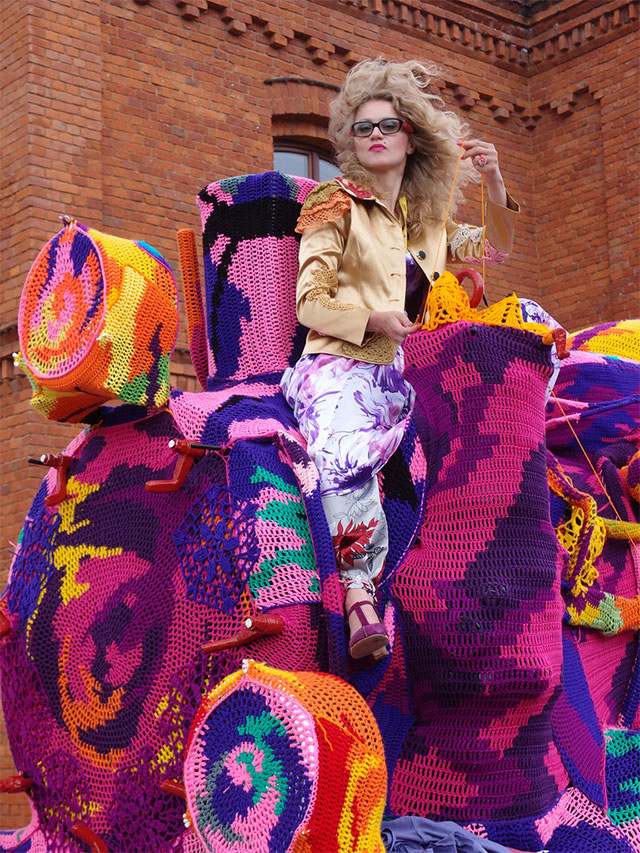 Someone Crocheted a Giant Sweater for this Mister Rogers Statue