From Beams to Branches by Henrique Oliveira

In this incredible installation by Henrique Oliveira (featured previously), we see architectural beams and columns morph into tree branches. Entitled Baitogogo, the 2,200 sq ft (204 sq. m) site-specific installation was on display from 21 June 2013 to 9 September 2013 at Palais de Tokyo in Paris.

The large installation was created from reclaimed tapumes – a plywood material traditionally used in Brazilian towns to construct the hoardings around construction sites. Oliveria collects the discarded tapumes from the streets of São Paulo, where he both lives and works. The veneer-like strips were bent into shape and nailed together to form the installation’s branches. Further wooden veneers were fixed to the structure to give it a bark-like texture and appearance. [source]

You can find a making of video at the end of the post. The construction of the artwork is fascinating to see. For more amazing artwork be sure to visit www.henriqueoliveira.com 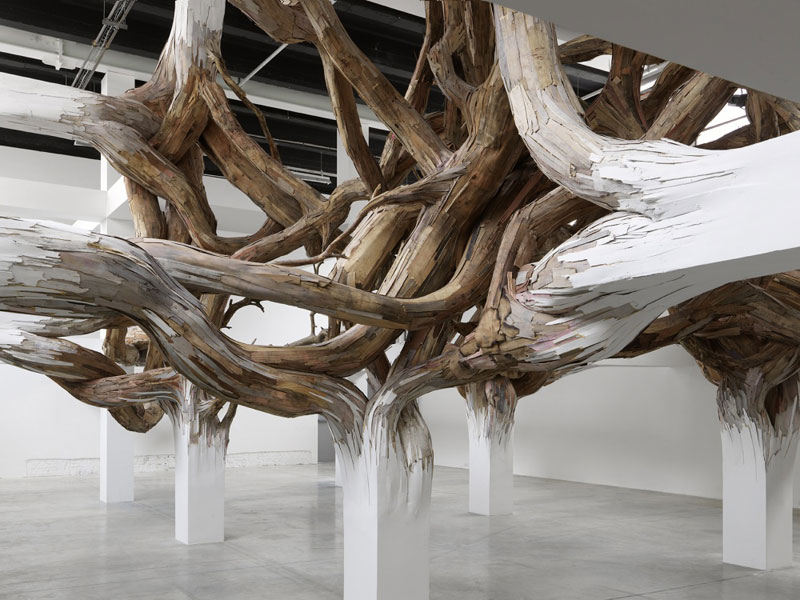 The Making of
Henrique Oliveira’s Baitogogo

A Mirrored Fence that Changes with the Seasons