In this amazing series by Gregory Raymond Halili, skulls are hand carved and painted with oil on raw, gold-lip and black-lip Philippine mother-of-pearl shells.

Mother of pearl also known as nacre, is an organic-inorganic composite material produced by some molluscs as an inner shell layer; it is also what makes up the outer coating of pearls. It is strong, resilient, and iridescent.

Halili was born and raised in the Philippines in 1975. He received his BFA from the University of the Arts in Philadelphia and currently resides in New Jersey. He is represented by the Nancy Hoffman Gallery in New York City. You can see the complete series on Gregory’s Facebook page. 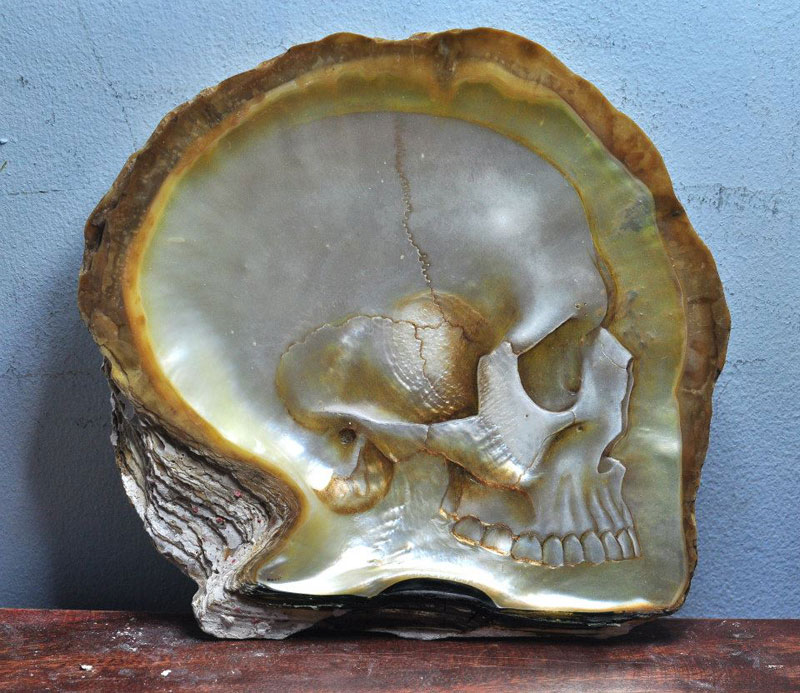 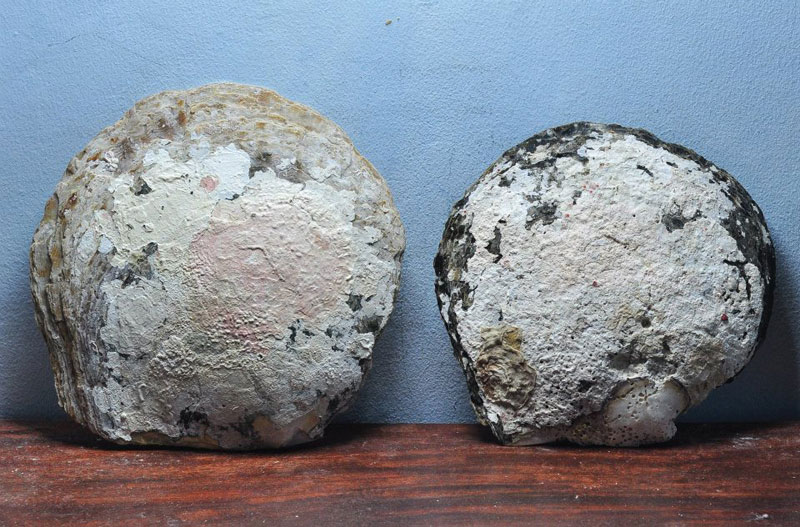 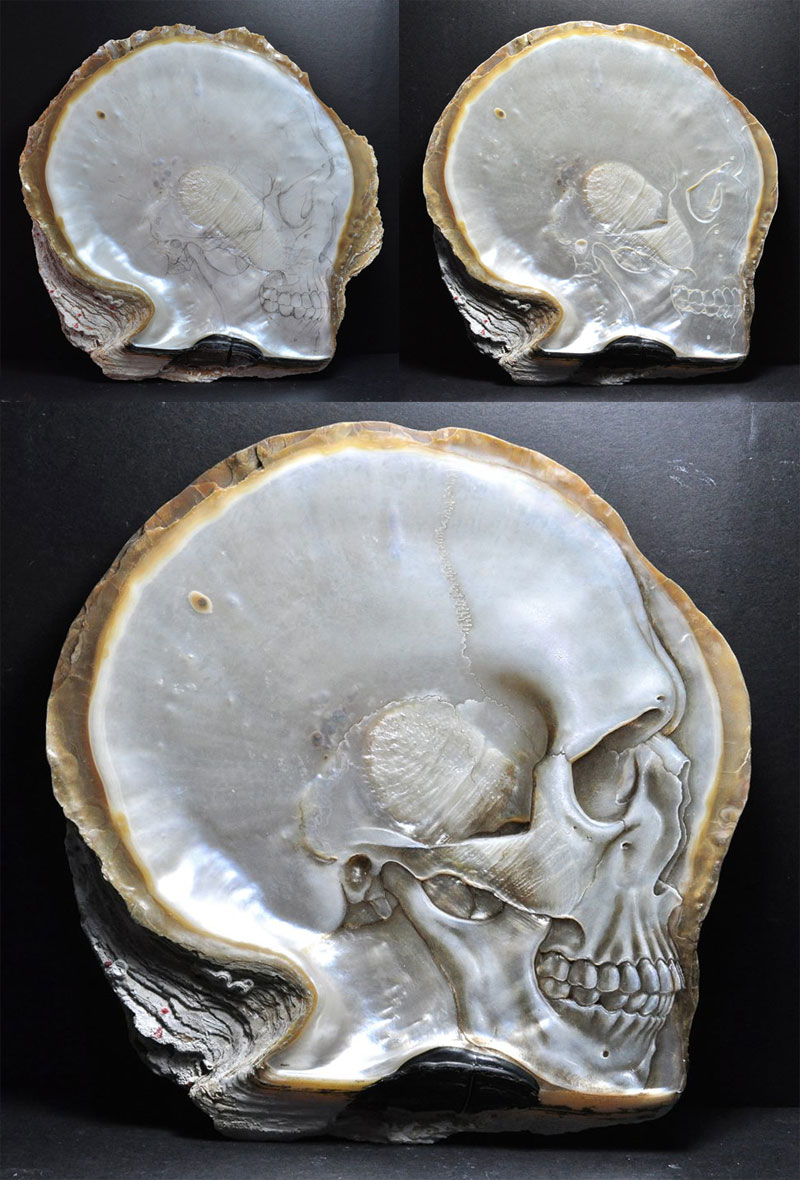 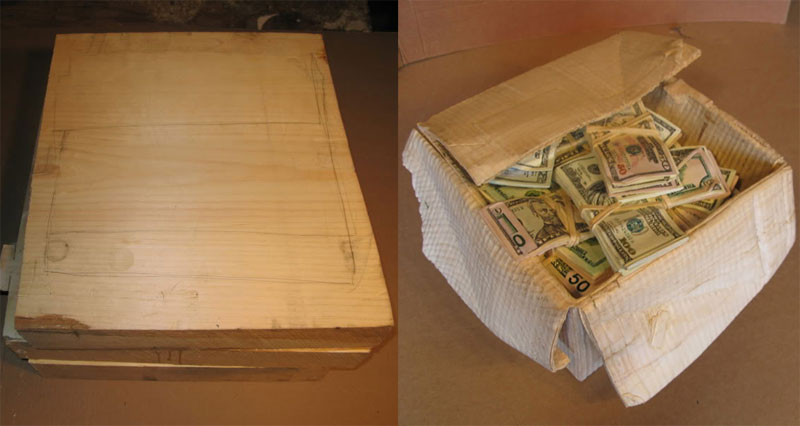