Seth Taras is an award-winning artist and photographer from the United States. Back in 2004, Taras created a campaign for the History Channel entitled, Know Where You Stand.

The campaign blends historic moments into present day situations. From the famous photo of Hitler at the Eiffel Tower to the Hindenburg disaster. The campaign was wildly successful, translated into 30 different languages and published in 130 countries. It even earned Taras the highly coveted Cannes Lions that year, which is the advertising industry equivalent to the Academy Awards.

To see more of Seth Tara’s artwork and photography, be sure to check out his official blog at: sethtaras.wordpress.com 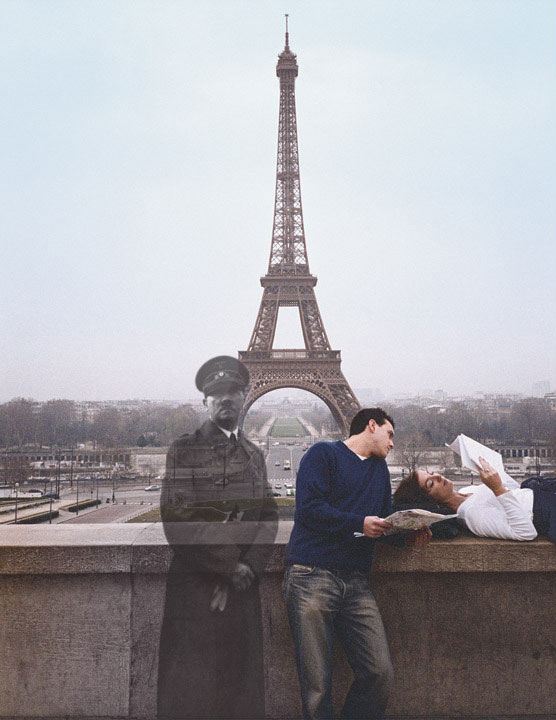