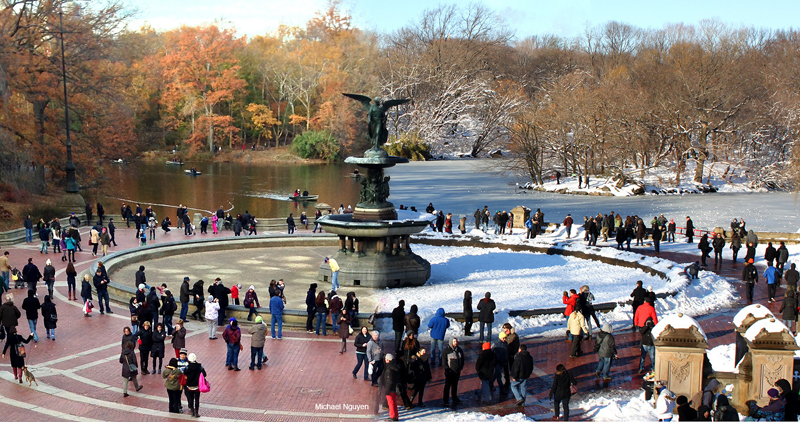 In this photograph by Michael Nguyen we see a statue in Central Park (Manhattan, New York) captured in the Autumn and Winter approximately 90 days apart. It’s nice to see that despite the season, the park still gets utilized. Nguyen remarked the two images were not taken from the same spot and the “left side of the image is from the upper left of a larger image while the right side is from a picture centered on the statue”. [Source]