In this fascinating capture from nearly a century ago, we see the photographers of the Byron Company getting together for a portrait on the roof of Marceau’s photography studio in New York City. Holding one side of the camera with his right hand is Joseph Byron, while Ben Falk holds the other side with his left hand. The remaining three people in the photo are Pirie MacDonald, Colonel Marceau and Pop Core.

The photograph was taken in December of 1920 and is one of 23,000 Byron Co. prints digitized on the Museum of the City of New York’s Collection Portal. You can see an additional portrait of the same group that took place in December of 1920, but I am unsure if it was on the same day. 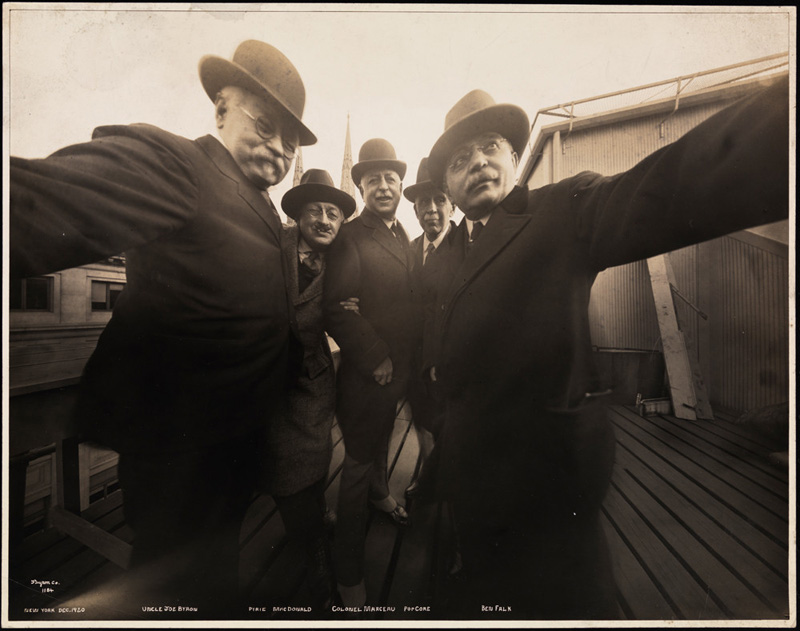