Picture of the Day: The Gargoyles of Paisley Abbey 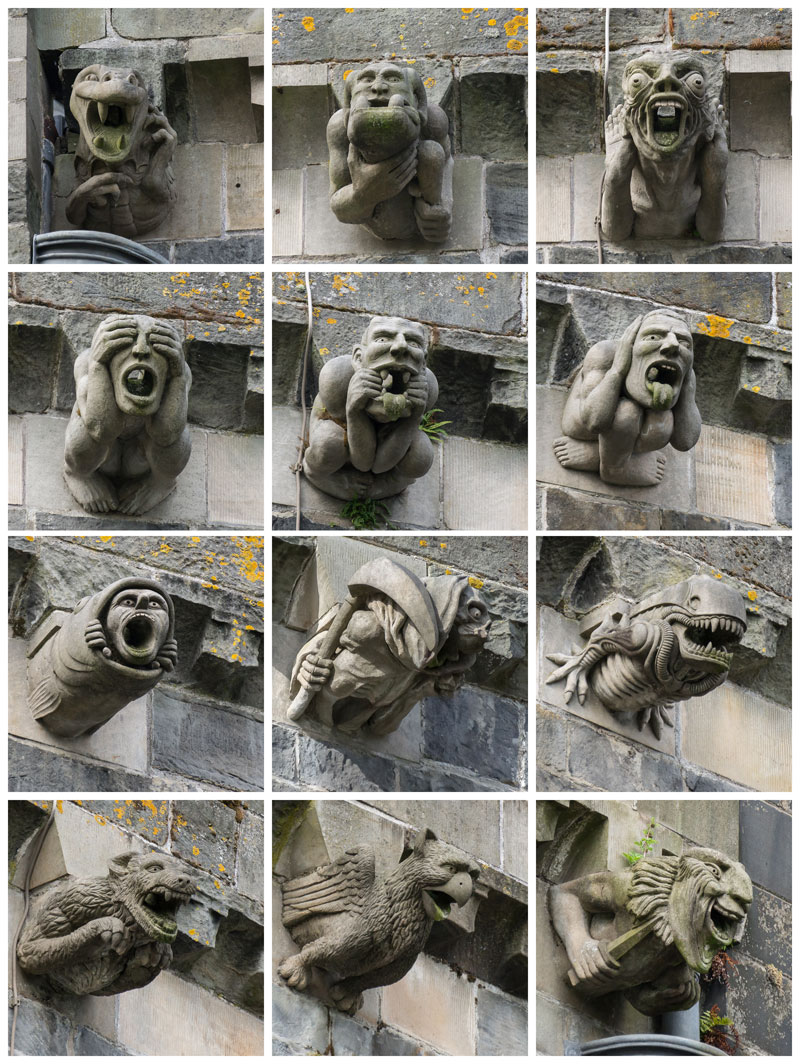 THE GARGOYLES OF PAISLEY ABBEY

The 850-year-old Paisley Abbey is a former Cluniac monastery, and current Church of Scotland parish kirk, located on the east bank of the White Cart Water in the centre of the town of Paisley, Renfrewshire, in west central Scotland.

In 1991, 12 of the 13 medieval gargoyles (which had been on the abbey for hundreds of years) had to be taken down because they had crumbled and were in a state of disrepair. Now just one of the originals remains (not pictured above) and the other 12 were replaced by a stonemason from a firm in Edinburgh. [Source]

In the second to top row above the three gargoyles are known as, “see no evil”, “speak no evil” and “hear no evil”. The most notorious of the new lot is undoubtedly the alien-like gargoyle at the far right of the third row that looks eerily similar to the creature from the Alien films.

via Colin on Wikimedia Commons