Picture of the Day: This Was Taken Exactly 45 Years Ago 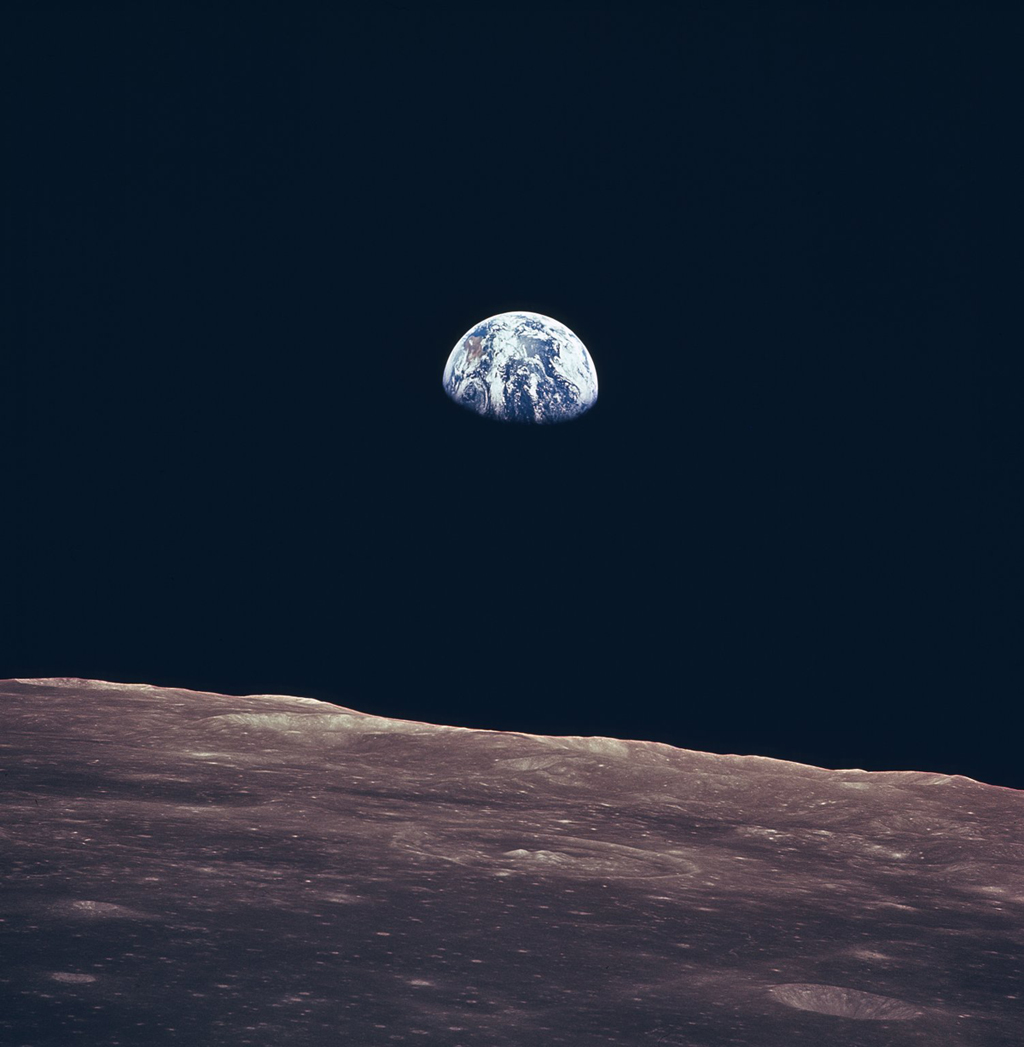 [Taken 20 July 1969] Earth Rise as Seen From Lunar Surface: This incredible image of the Earth rise was taken during lunar orbit by the Apollo 11 mission crew in July of 1969. The first manned lunar mission, Apollo 11 launched aboard a Saturn V launch vehicle from the Kennedy Space Center, Florida on July 16, 1969 and safely returned to Earth on July 24, 1969. The 3-man crew aboard the flight consisted of Neil A. Armstrong, commander; Michael Collins, Command Module pilot; and Edwin E. Aldrin Jr., Lunar Module pilot.

Carrying astronauts Neil A. Armstrong and Edwin E. Aldrin, Jr., the Lunar Module (LM) ‘Eagle’ was the first crewed vehicle to land on the Moon. Astronaut Collins piloted the Command Module in a parking orbit around the Moon. The LM landed on the moon’s surface in the region known as Mare Tranquilitatis (the Sea of Tranquility). The crew collected 47 pounds of lunar surface material which was returned to Earth for analysis. The surface exploration was concluded in 2.5 hours. With the success of Apollo 11, the national objective to land men on the Moon and return them safely to Earth had been accomplished. The Saturn V launch vehicle was developed by the Marshall Space Flight Center (MSFC) under the direction of Dr. Wernher von Braun.