Pictures from the 80s of Malls Across America 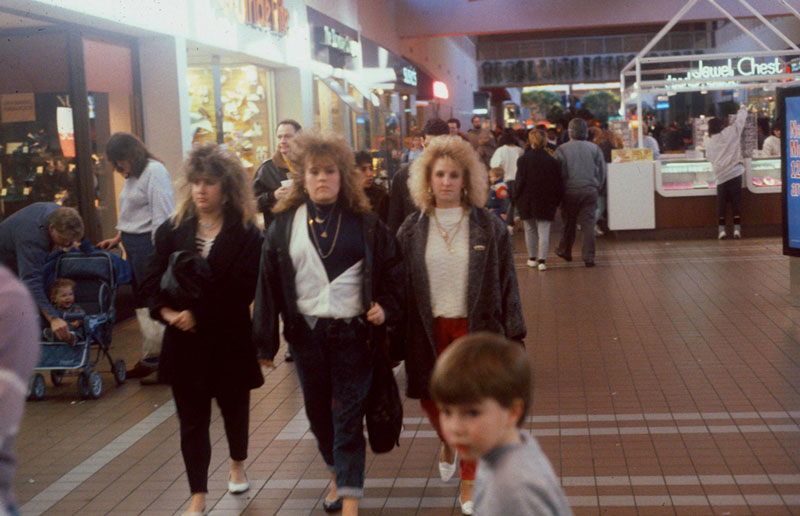 In 1989, following in the footsteps of Robert Frank’s The Americans, Michael Galinksy of Rumur.com drove across the country and documented malls across America. Armed with a cheap Nikon FG-20 and an even cheaper lens. Galinsky shot about 30 rolls of slide film in malls from Long Island to North Dakota to Seattle.

The series of images have gone viral online on several different occasions with a gallery going viral on Reddit earlier this week. On the strength of the reception Galinsky has received, he launched a successful Kickstarter campaign to raise money for a print run of books highlighting his journey to malls across America.

With 325 backers and a total of $13,282 raised, the book will be available for purchase soon. In the meantime, you can head over to Rumur for more information on the book as well as check out the entire 66-picture gallery of this fascinating time capsule: http://rumur.com/malls/#!prettyPhoto

40 Music Stars Before They Were Famous