Tom Hussey is an award-winning lifestyle advertising photographer based in Dallas, Texas. In a series entitled Reflections, Hussey shows a series of elderly people looking in a mirror at their younger self.

According to an interview with PetaPixel, the idea first struck when Hussey was talking to a WWII veteran named Gardner. On the cusp of his 80th birthday, Gardner opined that he still felt like a young man.

The conversation would inspire Hussey to photograph Gardner looking into a bathroom mirror with a reflection of his younger self looking back at him. The resulting image was used in his portfolio and years later was picked up by Novartis as the concept for an advertising campaign for their Alzheimer’s drug.

The resulting campaign was posted by Hussey to Behance back in 2009. Since then it has been the third most ‘appreciated’ project on the entire website, with nearly 71,000 ‘likes’ and 1.535 million views.

Be sure to check out more of Tom’s amazing work at the online links below. 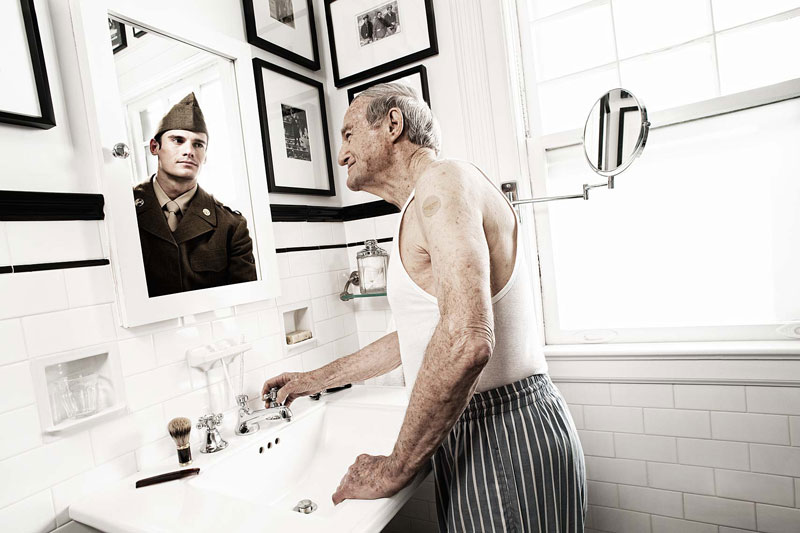 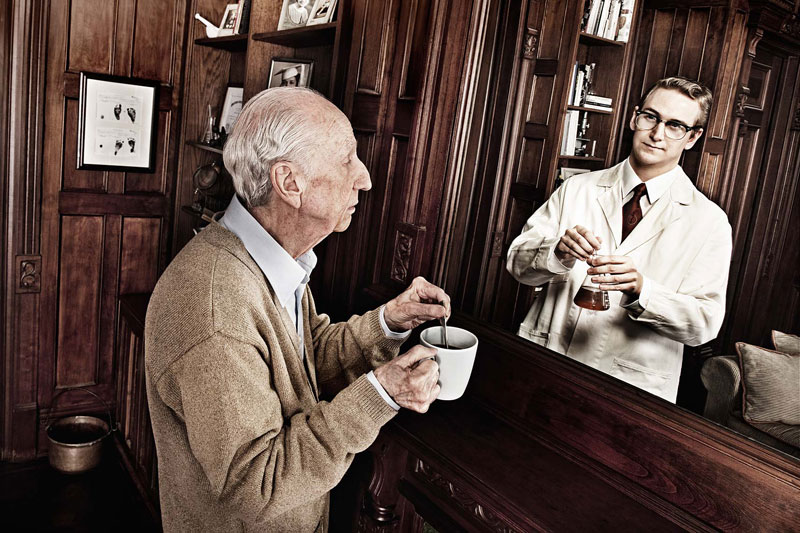 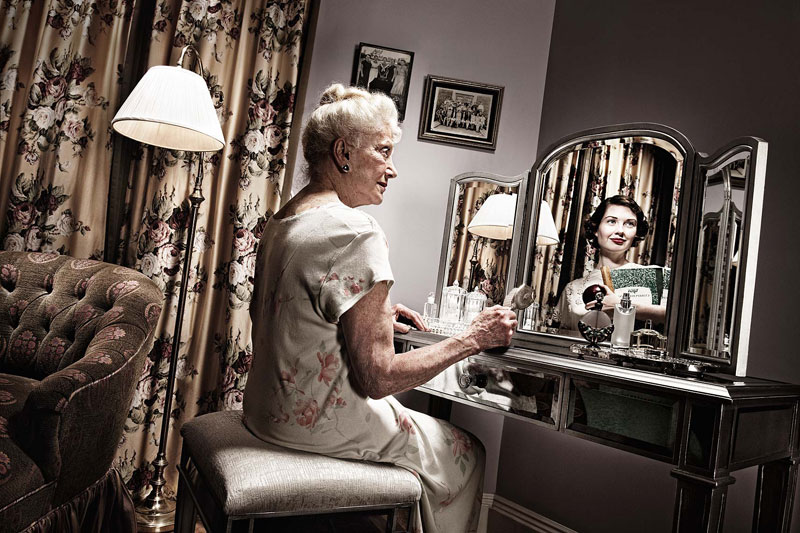 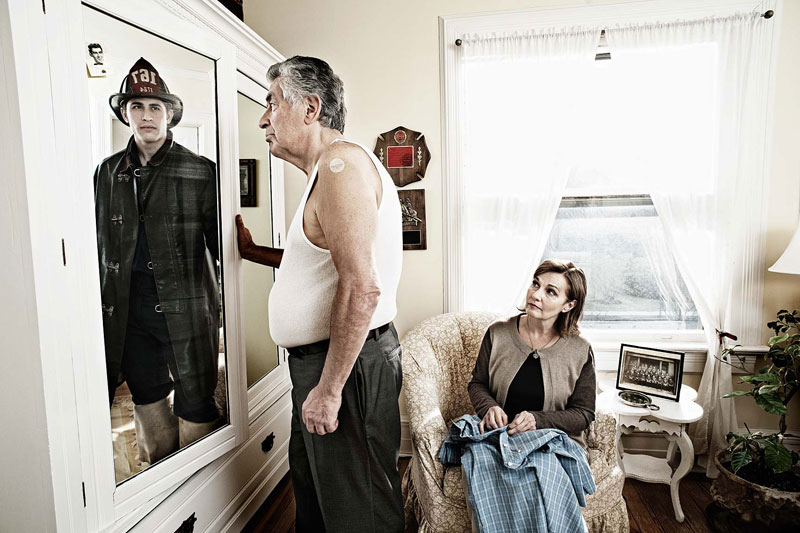