Someone Crocheted a Giant Sweater for this Mister Rogers Statue

Located near Heinz Field on the North Shore in Pittsburgh, is a large 10 ft bronze sculpture of Pennsylvania native, Mister Fred Rogers. The statue, created by artist Robert Berks, weighs about 4 tons and was dedicated on November 5, 2009. [Source]

Alicia said the idea was started by the Outpost Journal, a not-for-profit art and design publication. Outpost had put out a request for capable crocheters in the area and Alicia answered the call.

In an interview with Misters Rogers & Me, Alicia explains:

“I worked during the day and then babysat until 11pm every night, so I would work on it after my ‘charge’ went to bed. I don’t even want to know how many hours it took! It took many many, skeins of yarn, and I actually crocheted with 3 strands of yarn together and a giant crochet hook… Because of the way the statue was made, with his arms against his legs, I couldn’t just ‘crochet a sweater’; it had to be done in panels and then sewn onto him. The part of the sweater that I am most proud of is the zipper–it’s a real zipper!”

If you’d like to see more crocheted artworks by Alicia be sure to check out her official website and Etsy store. 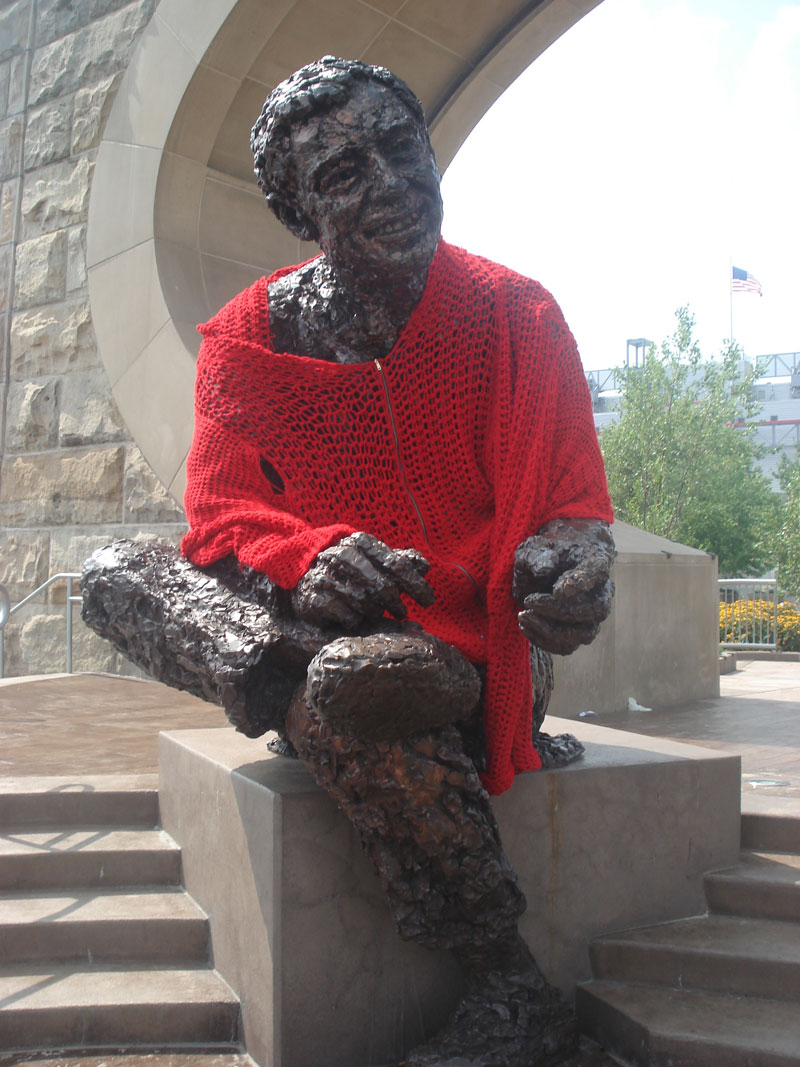 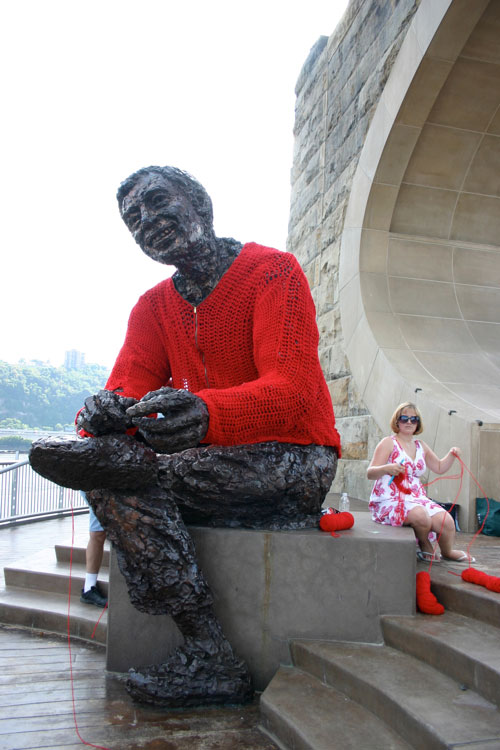