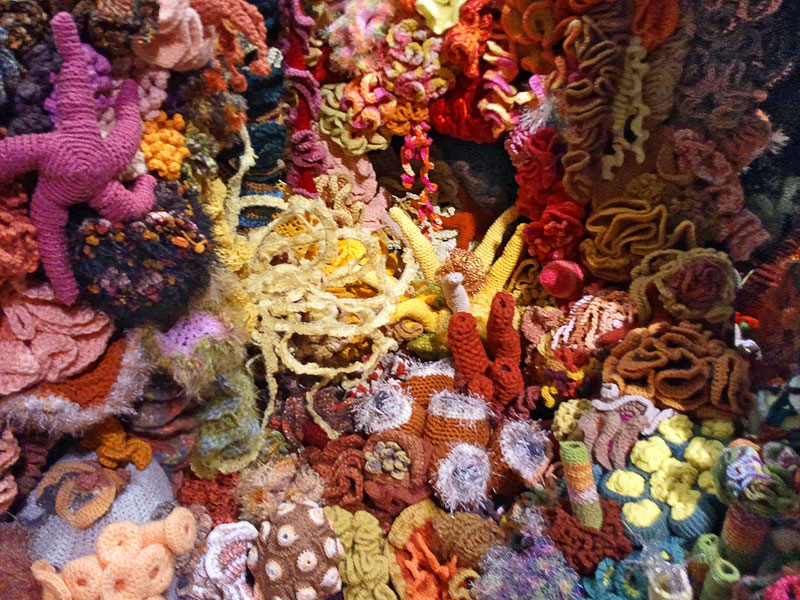 The Crochet Coral Reef (CCR) is a project by the Institute For Figuring, a non-profit Los-Angeles based organization that pioneers creative new methods for engaging the public about scientific and environmental issues by putting people and communities at the core.

The CCR is a project that resides at the intersection of mathematics, marine biology, handicraft and community art practice, and also responds to the environmental crisis of global warming and the escalating problem of oceanic plastic trash. It has been exhibited in art and science museums worldwide, including the Andy Warhol Museum (Pittsburgh), The Hayward (London), the Science Gallery (Dublin), and the Smithsonian’s National Museum of Natural History (Washington D.C.) Seen by more than three million people, the CCR is one of the largest participatory science + art projects in the world.

Through its Satellite Reef program, the Institute’s team has held lectures and workshops on five continents to teach the techniques of reef-making, and the related science and math, to local communities. Since 2005 the IFF has continued to build this global network that now includes more than 7000 active citizens.

Below you will find a gallery of this incredible initiative along with additional information about the project and the mathematics at the core of the process. For complete information, please visit: crochetcoralreef.org 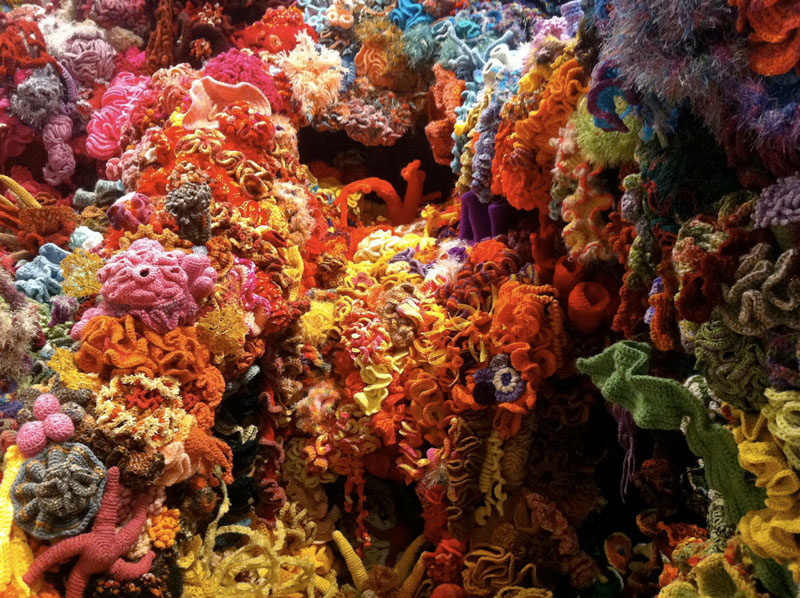 Photograph by Patricia Barden (Remember To Breath on Flickr)

The History of the Hyperbolic Crochet Coral Reef

The inspiration for making crochet reef forms begins with the technique of “hyperbolic crochet” discovered in 1997 by Cornell University mathematician Dr. Daina Taimina. The Wertheim sisters (Margaret and Christine, founders of the IFF) adopted Dr Taimina’s techniques and elaborated upon them to develop a whole taxonomy of reef-life forms. Loopy “kelps”, fringed “anemones”, crenelated “sea slugs”, and curlicued “corals” have all been modeled with these methods. The basic process for making these forms is a simple pattern or algorithm, which on its own produces a mathematically pure shape, but by varying or mutating this algorithm, endless variations and permutations of shape and form can be produced. The Crochet Reef project thus becomes an ongoing evolutionary experiment in which the worldwide community of Reefers brings into being an ever-evolving crochet “tree of life.” [Source]

Each crochet model results from the application of an iterative recipe. Like fractals, such as the Mandelbrot Set, these forms come into being through the process of doing a small set of steps again and again and again. Though experience often serves as a guide, there is no way to know in advance what a specific algorithm will produce and we have many times been surprised when seemingly insignificant changes in the underlying pattern led to fundamentally new results. In a very real sense, this is a kind of experimental mathematics and we invite crocheters everywhere to explore for themselves the possibilities inherent in these techniques. [Source]

Information about these techniques and instructions for making specific forms are available in a beautifully produced handbook published by the Institute called: A Field Guide to Hyperbolic Space, which may be purchased here. 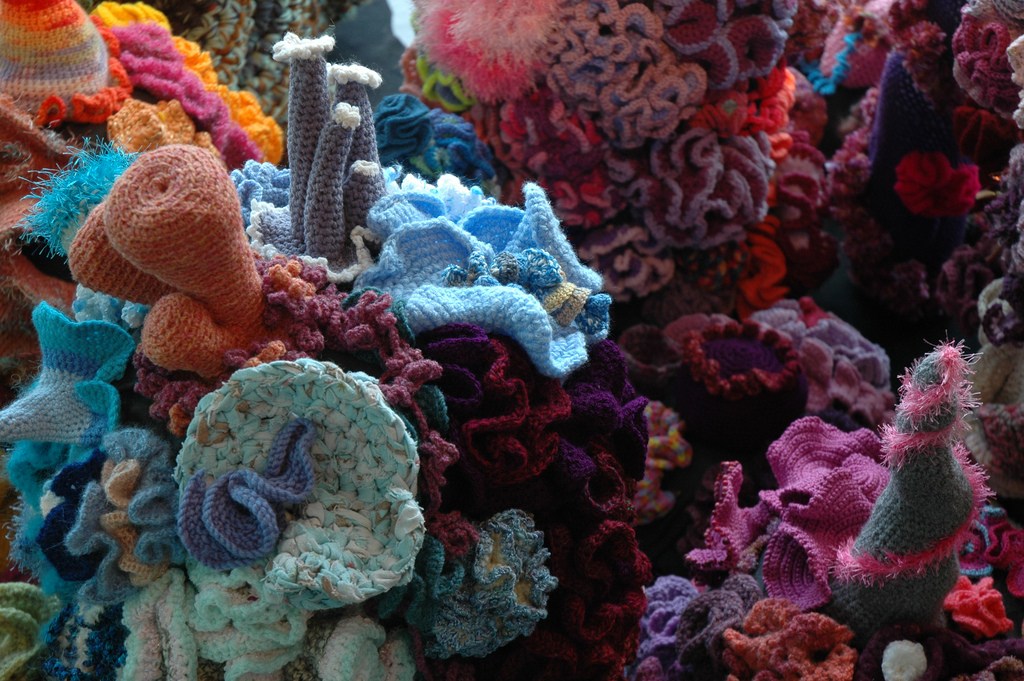 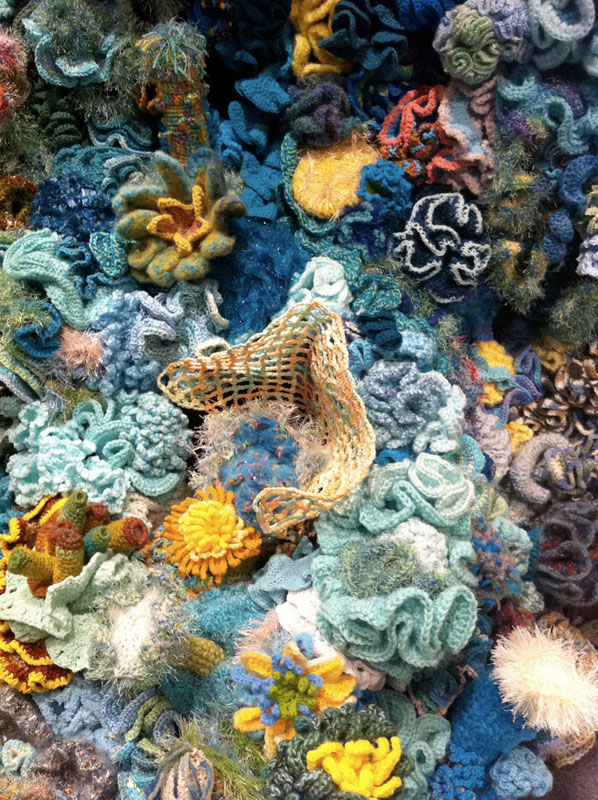 An Introduction to Satellite Reefs

In addition to the Core Collection of Crochet Reefs generated by the Institute For Figuring, the Reef Project entails a community component in which citizens of local cities or regions contract with the IFF to construct their own reefs. These are known as the Satellite Reefs. Historically the first Satellite Reef was the Chicago Reef, constructed in 2007 under the auspices of the Jane Addams Hull-House Museum and the Chicago Humanities Festival. Since then, Satellite Reefs have been made in numerous cities around the world. [Source] 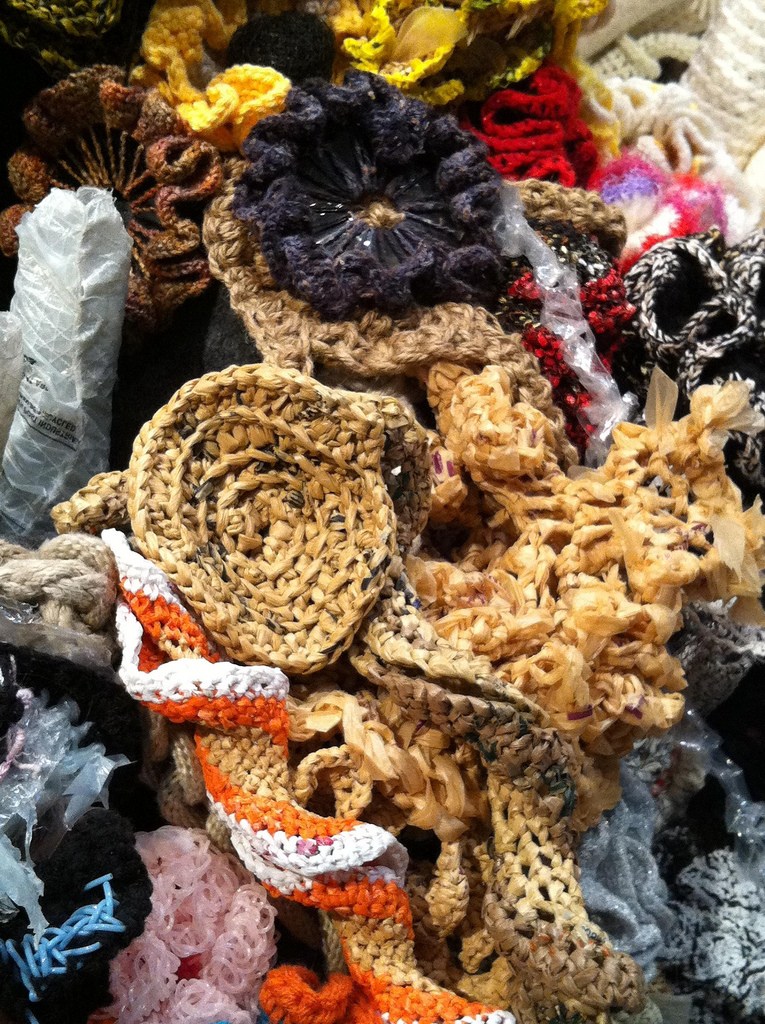 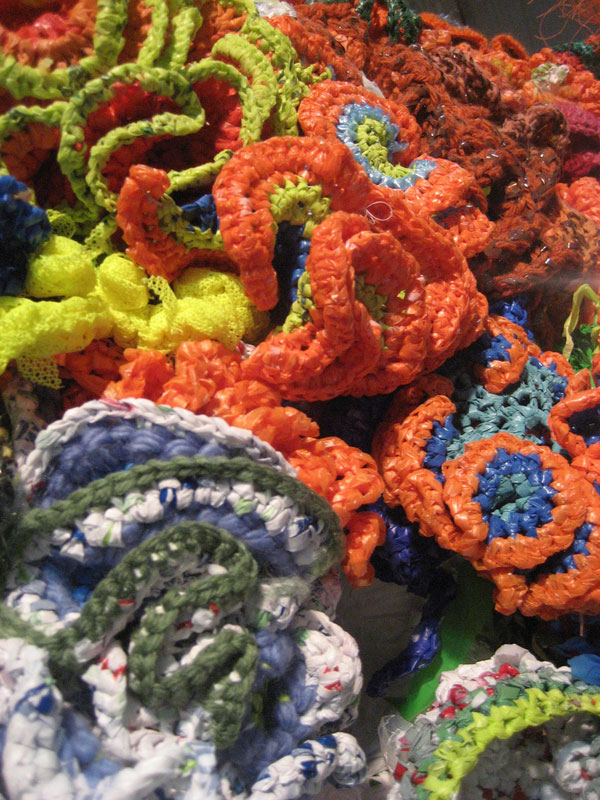 Photograph by Patricia Barden (Remember To Breathe on Flickr)

By profession Margaret is a science writer. She has degrees in physics and mathematics. When not crocheting coral, she writes books about the cultural history of physics and as a science journalist has written hundreds of articles for magazines and newspapers including the New York Times, Los Angeles Times, New Scientist, Cabinet, and many other publications. She is the author of several books including “Pythagoras’ Trousers” (a history of the relationship between physics and religion) and “The Pearly Gates of Cyberspace: A History of Space from Dante to the Internet.” Margaret has also written and produced television programs, including Catalyst, a six-part series about science and technology that was aimed at teenage girls (ABC Australia 1990). [Source] 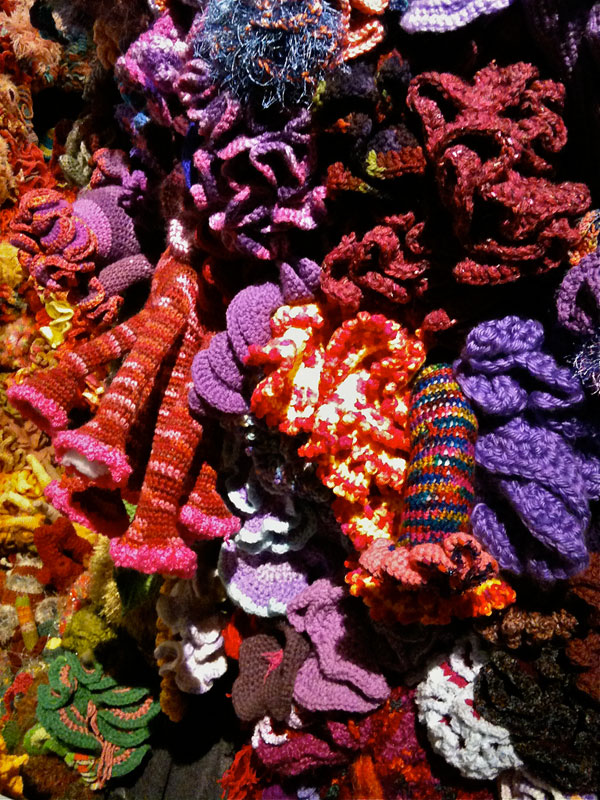 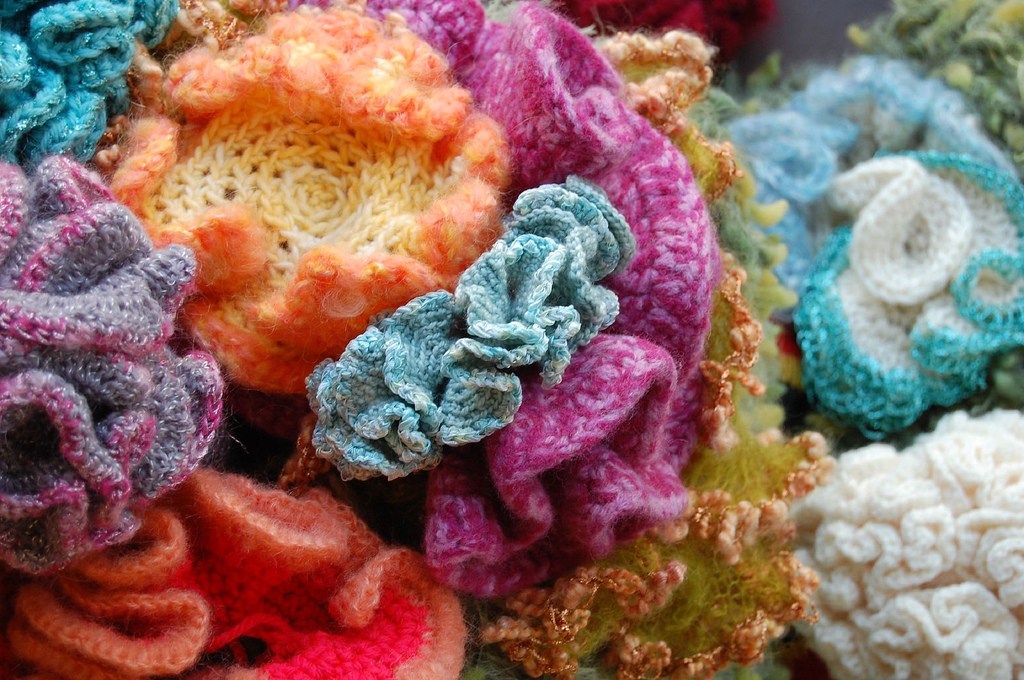 Christine has a Phd in philosophy and literature and is a faculty member in the Department of Critical Studies at the California Institute of the Arts in Los Angeles. Many years ago she was a painter and for 10 years she taught Critical Studies at art colleges in London, including Goldsmith’s College. Christine is also an experimental poet and co-hosts the Seance series of conference on experiment writing at REDCAT in Los Angeles. She is the author of “+|’meS-pace” a volume of poetry and has edited several anthologies about contemporary writing.

Both sisters now share a house in Highland Park, Los Angeles. The crochet reef emanated from their Highland Park living room and for the first 3 years of its life it took over much of their home. [Source] 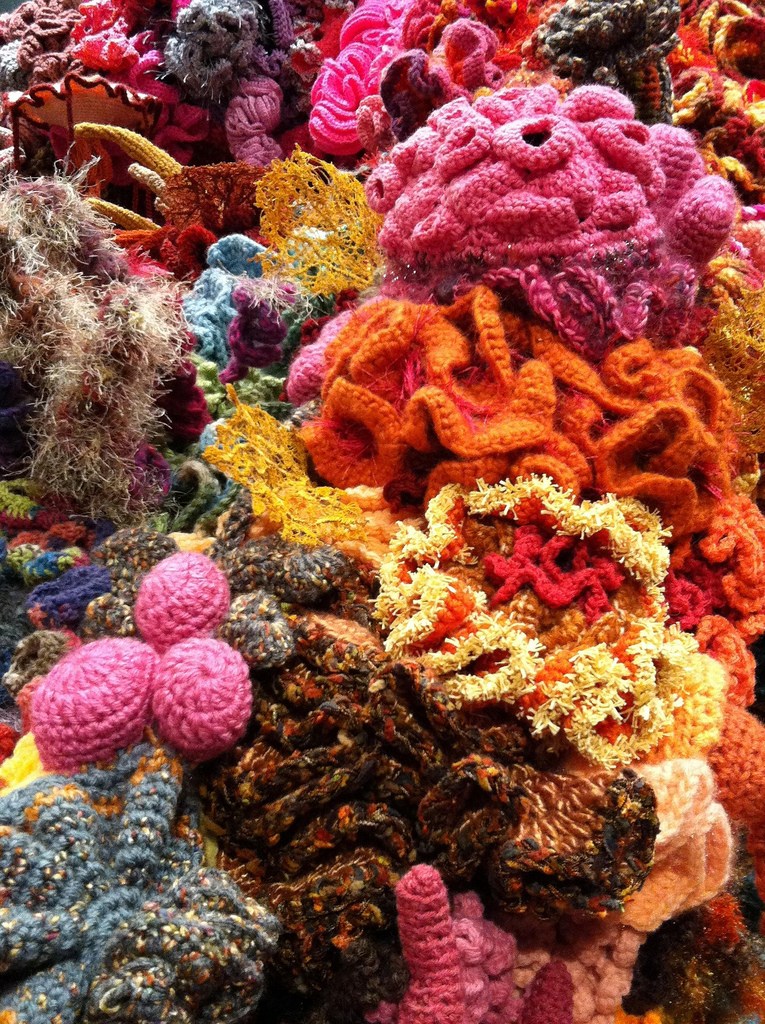 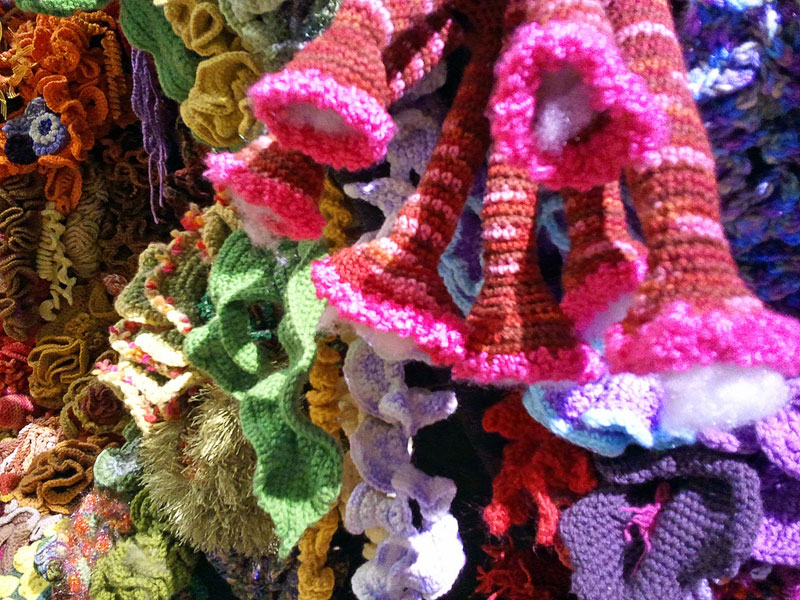 Photograph by Patricia Barden (Remember to Breathe on Flickr) 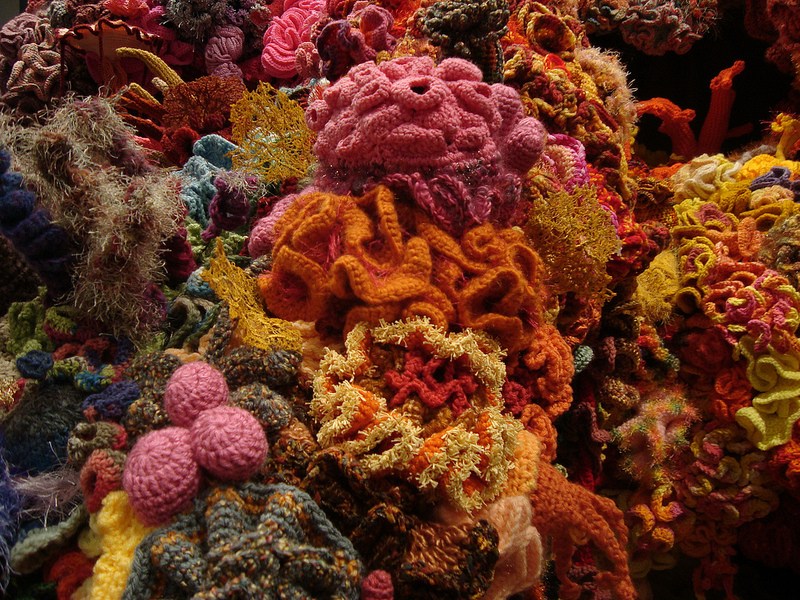 Photograph by rockcreek on Flickr
For More Information, Visit the Official Site @ crotchetcoralreef.org! 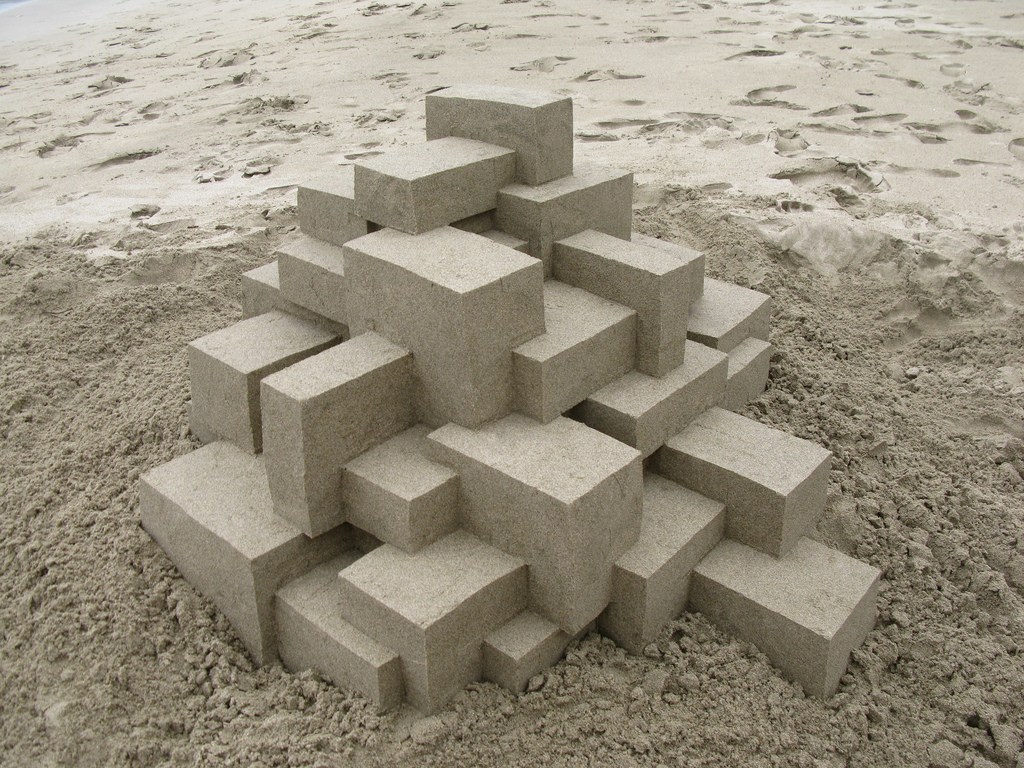 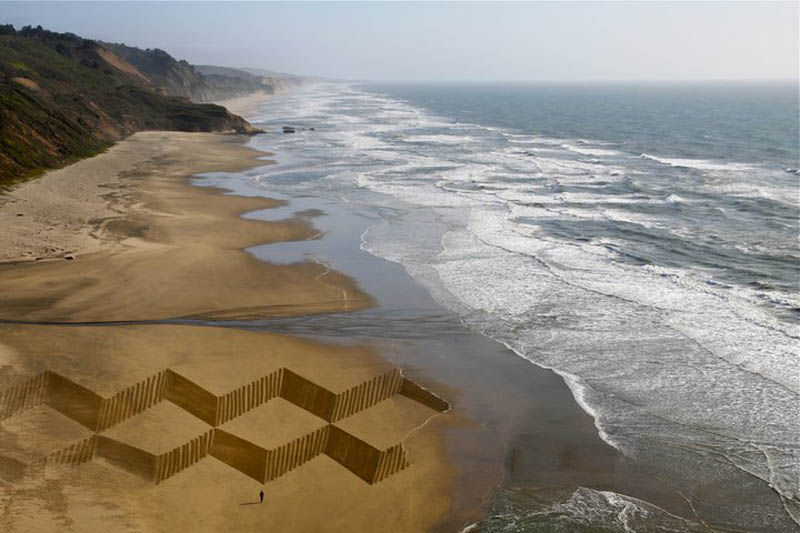