The iconic Casa Batlló is a key feature in the architecture of modernist Barcelona. Commissioned by the textile industrialist Josep Batlló, it was built by Antoni Gaudí between 1904 and 1906. In 2002, Casa Batlló was opened to the public as a museum and cultural event space. In 2005 it was recognized as an UNESCO World Heritage Site.

Hidden behind the famous modernist facade, which mirrors a calm sea, is a world of surprises and refined architectural details by the Catalan master. Below you will find a gallery of the incredible Casa Batlló along with information on the building’s history and design. Enjoy! 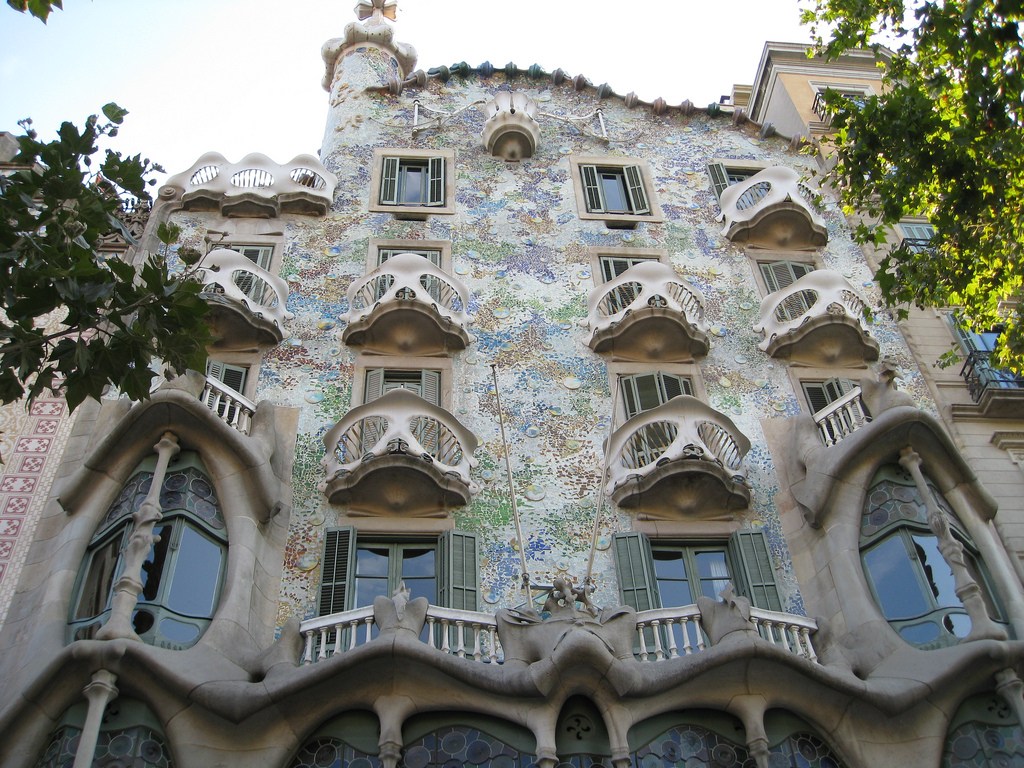 The History of Casa Batlló

– Casa Batlló is located in Passeig de Gràcia, which was formerly the road linking Ciutat Vella, the oldest part of Barcelona, with the small town of Gràcia, which nowadays is a district of the city

– It was acquired by Mr. Josep Batlló y Casanovas in 1903, and it was he who commissioned Gaudí

– The initial plan was to knock the existing building down, but finally it was decided to renovate instead. It is thought that prior to this there must have been a farmhouse or a country house on this site, as the remains of a larder can still be seen in the basement

– Antoni Gaudí carried out a total refurbishment between 1904 and 1906 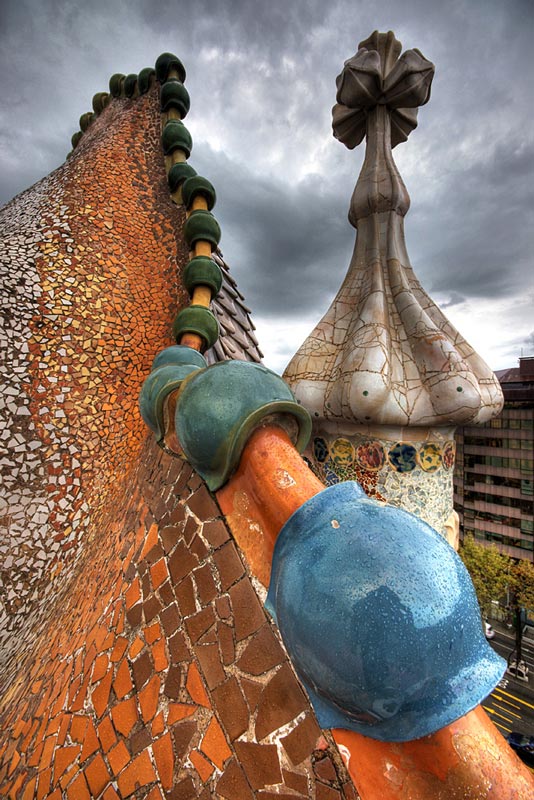 The Architecture of Casa Batlló

– Gaudi replaced the original facade with a new composition of stone and glass. He ordered the external walls to be redesigned to give them a wavy shape, which was then plastered with lime mortar and covered with a mosaic of fragments of coloured glass and ceramic discs

– The roof is in the shape of an animal’s back with large iridescent scales. The spine which forms the ornamental top is composed of huge spherical pieces of masonry in colours which change as you move along the roof-tree from one end to the other

– The long gallery of the main suite, the Noble Floor, overlooking Passeig de Gràcia, is composed of wooden-framed windows which are opened and closed by raising and lowering using counterweights. They are unusual in that there are no jambs or mullions, so that it is possible to raise all of the window panes and have a continuous panoramic opening running the full width of the room

– On the level of the ground floor, the Noble Floor and the first floor, the facade includes slender pillars of Montjuic stone which form bone-like shapes and are decorated with typically modernist floral designs 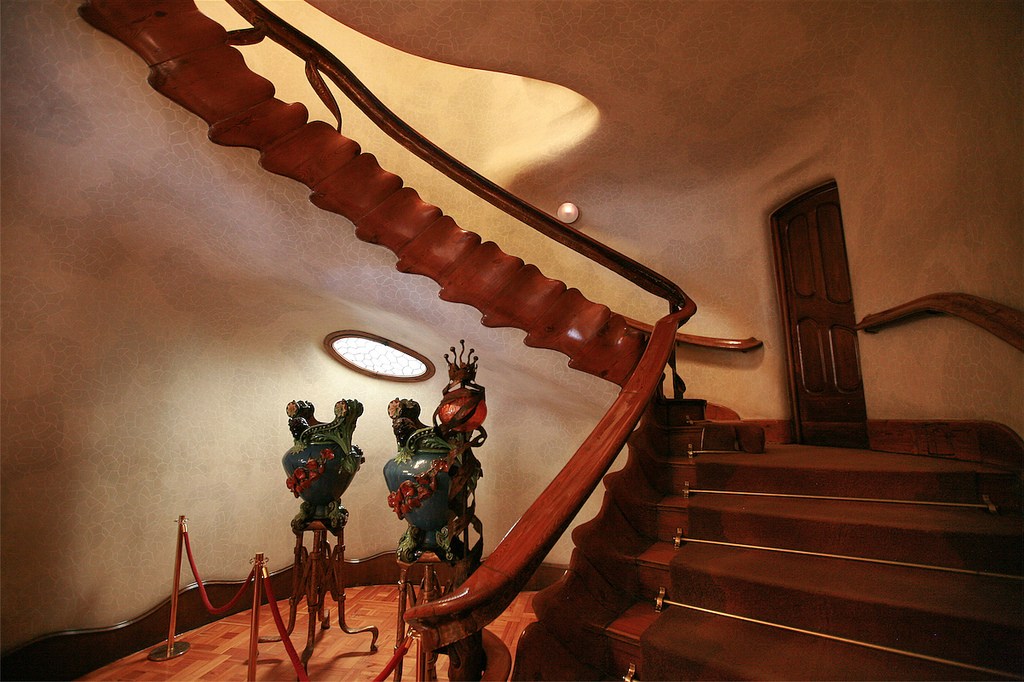 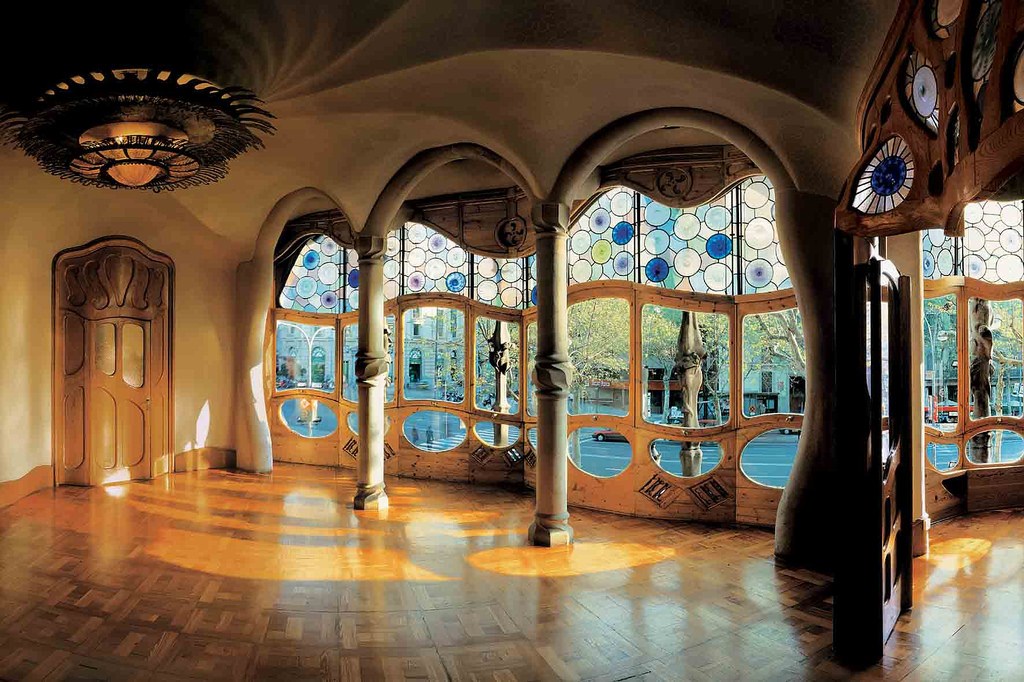 The Interior of Casa Batlló

– From the entrance hall on the ground floor, a sturdy iron railing separates the private access to the Batlló family residence. A grand wooden staircase leads up from a hall with vaulted ceilings and skylights shaped like tortoises’ shells. The spine of some huge animal carved from fine hardwood rises up as a banister

– On the Noble Floor, which was the residence of the Batlló family, Gaudí created a new layout with undulating internal walls, and he decorated the various rooms

– The family dwelling has its own courtyard in the centre of the block, accessed through the dining room, in the most private area of the house

– Overlooking Passeig de Gràcia is the main suite of the house, which is composed of a central room and two smaller side rooms which can be joined together to form a spacious open-plan area in the style of modern lofts

The Interior of Casa Batlló

– The building well is an extremely important part of the refurbishment. Gaudí enlarged the light well and covered the walls entirely in relief glazed tiles in varying shades of blue, which are darker in colour at the top and lighter towards the bottom, thus achieving an even distribution of the light

– The windows are smaller higher up where more natural light can enter, whereas they get larger as you move further down. Below the windows there are wooden slits which can be opened and closed to ensure good ventilation

– The vast central skylight is composed of huge pieces of iron and glass panes, and it spans the large building well which was widened by Gaudí. It is this huge skylight that allows a cascade of light to enter and illuminate the whole building well

– The building consists of a ground floor, a main floor with a courtyard, four further self-contained floors, a loft and a roof terrace

– There is private access to the noble floor (the main floor), and a communal stairwell set within the building well which has been expanded and tiled as though it were part of the exterior facade

– The Coach Houses are accessed from the street, at street level, and these occupy the area below the courtyard of the Noble Floor, and from here you gain access to the Coal Cellars below

– In total, the house has a surface area of more than 5,000 m². The front of the building looks out onto Passeig de Gràcia, and the back faces the inner courtyard of the building 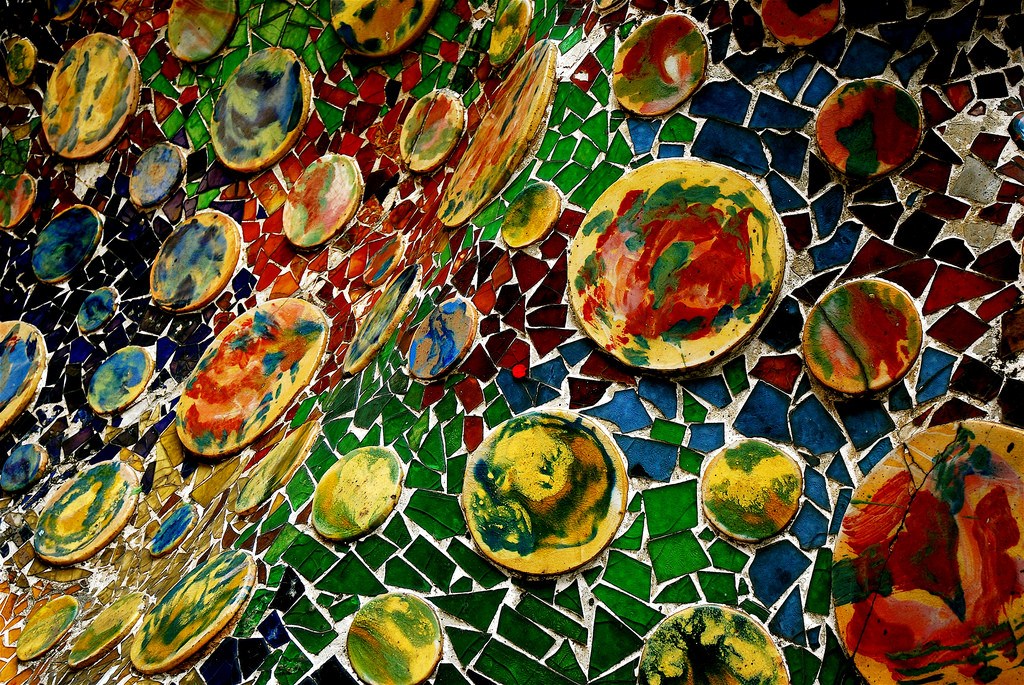 – 330 ceramic discs, in a myriad of different colours, give the main facade its colour and shine
– 600 tiles were used to create the appearance of scales that cover the roof
– The original building, before it was remodelled by Gaudí, was built by one of Gaudí’s former professors, Emili Salas Cortés
– Gaudí designed the roof of Casa Batlló in one great slope with rounded ends so that visual continuity with the neighbouring buildings would not be compromised
– The railings of the balconies in Casa Batlló are composed of a single piece of wrought iron
– There are five different tones of blue tiles used in the building well, inspired by the different shades of the sea
– Batlló bought the building at 43 Passeig de Gràcia for just 500,000 pesetas, the equivalent of 3,000 euros in today’s money

The Block of Discord

The so-called Manzana de la Discordia – the Block of Discord – is the most famous collection of modernist buildings sharing the same facade in Barcelona. This is the block located in Passeig de Gràcia between calle Aragó and calle Consell de Cent, and it is a fine display of the contrasts between the different architectural trends of the day.

At number 35 is Casa Lleò Morera, designed by Domènech i Montaner; a little further along you come across Casa Amatller, designed by Puig i Cadafalch; and finally, Casa Batlló, a work by Gaudí.