To help pass the time on his train ride to work, writer October Jones draws cartoon heads on any piece of paper he can find, turning his fellow commuters into a funny series of characters. He tweets the humorous results to his 68K+ followers on Twitter (@OctoberJones)

Jones even manages to color-coordinate the clothes on characters like the Hulk and Waldo. Jones is well-known for his ongoing Tumblr comic Text From Dog, which was published as a standalone book in October 2013 entitled, Texts From Dog: The Dog Delusion. You can see more from Jones at the links below. 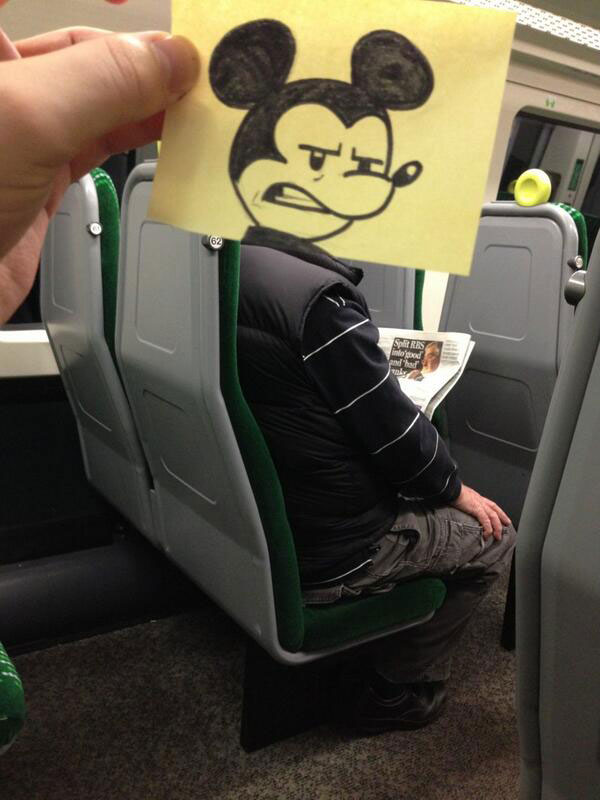 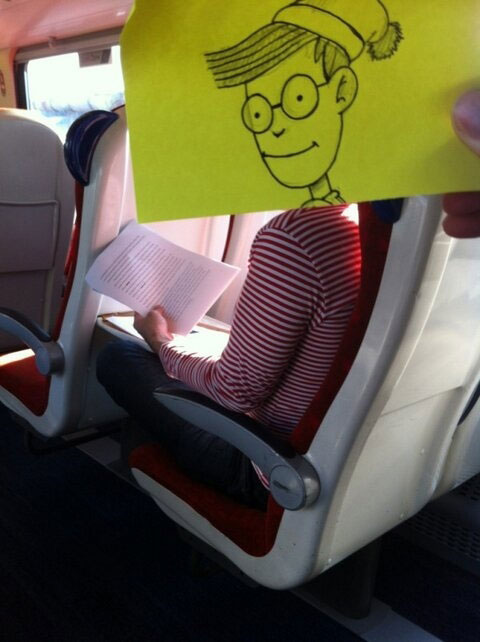 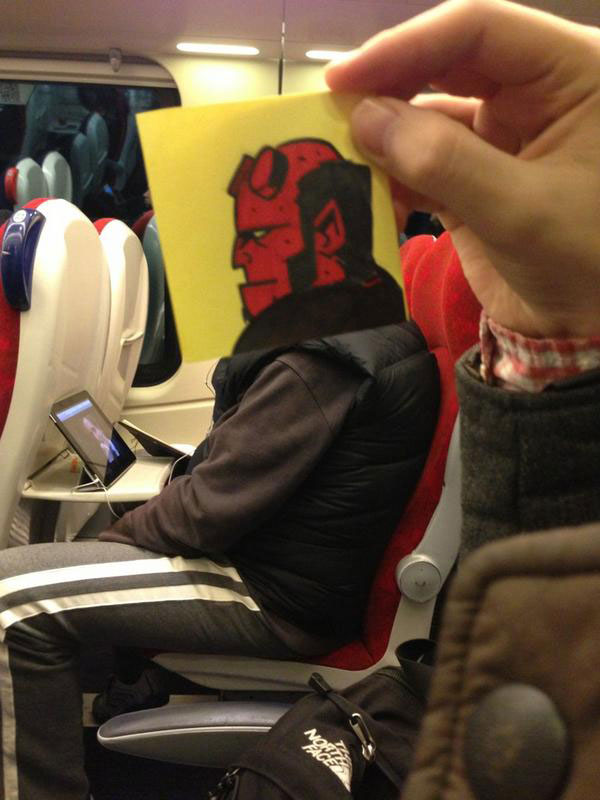 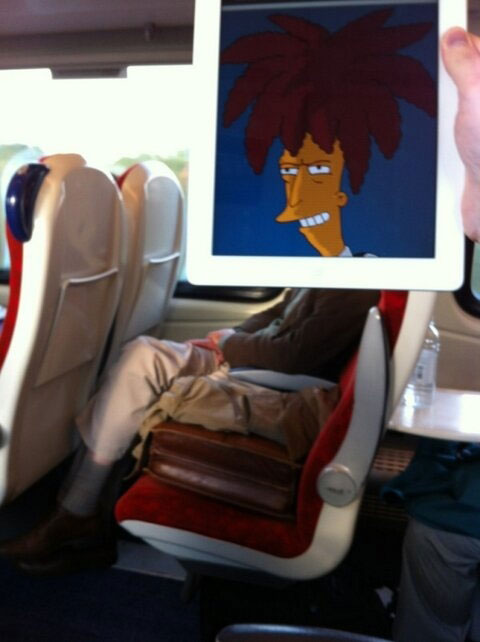 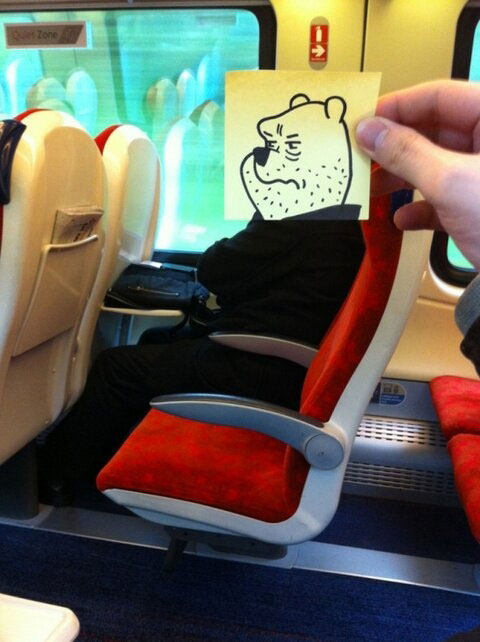 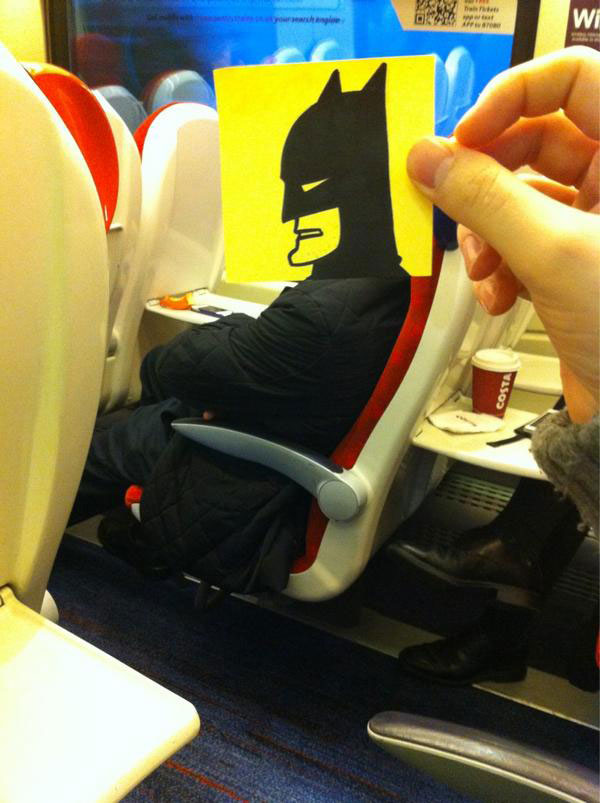 Playful Diversions on the Streets of France by OakOak