This is Glass Gem Corn. It’s Real and Looks Amazing 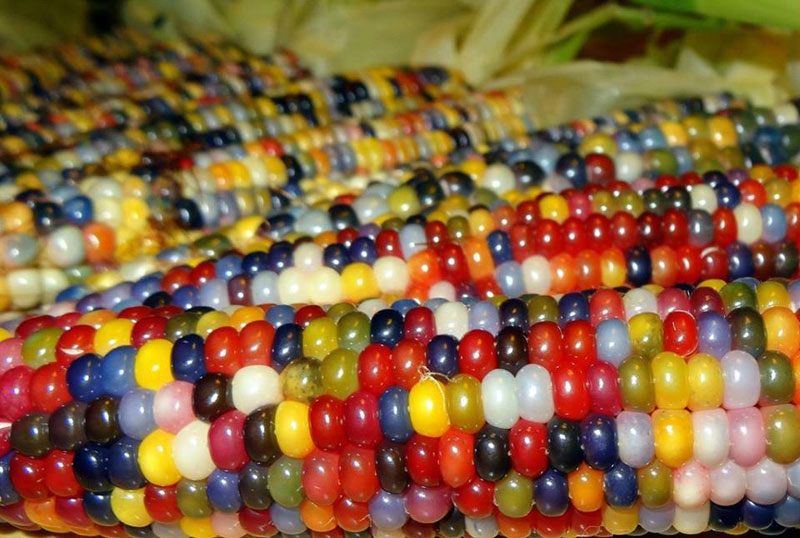 The story of Glass Gem corn begins with Carl Barnes, a half Cherokee, half Scottish-Irish farmer living in Oklahoma. According to nativeseeds.org, Barnes had an uncanny knack for corn breeding and excelled at selecting and saving seeds from cobs that exhibited vivid, translucent colors.

In 1994, Carl met Greg Schoen at a native plant and herb gathering in Oklahoma. The two shared an unmistakable love and passion for corn and a bond was formed. Now in his eighties, Barnes entrusted Schoen with his precious seed collection, bestowing upon him the responsibility of not only preserving the heirloom treasure but amplifying its awareness. 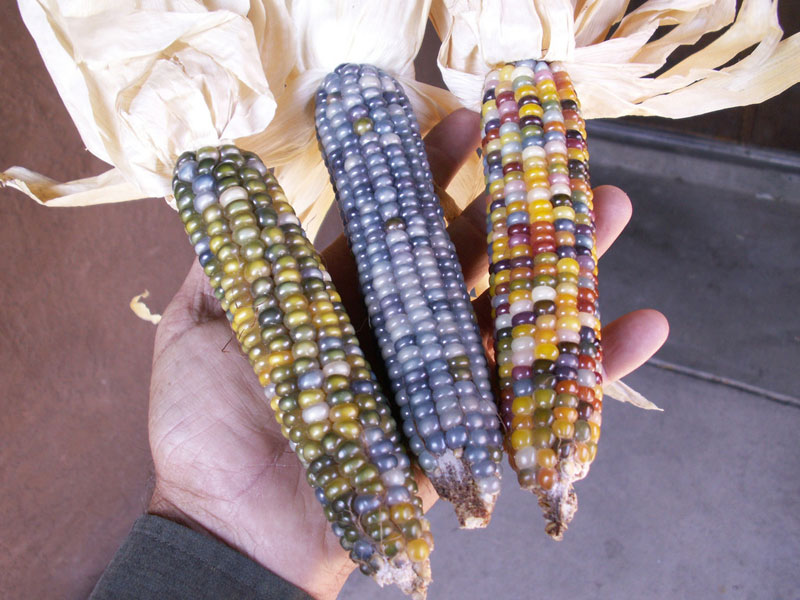 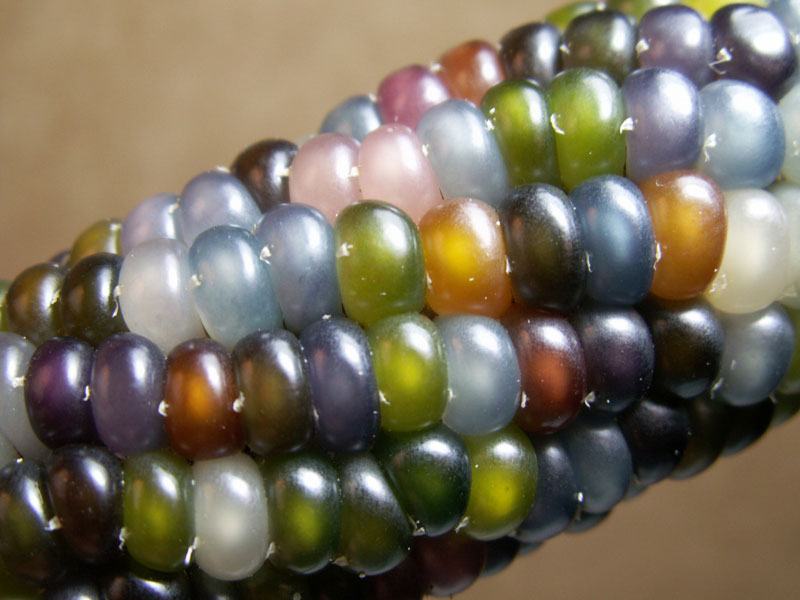 Glass Gem corn produces a diversity of translucent, jewel-colored ears, each one unique. A type of flint corn, the kernels may be ground into cornmeal or popped. Unlike sweet corn, it is not typically eaten right off the cob. However, its striking visual beauty makes it a popular breed for ornamental purposes.

“In 2005, I met Jose Lucero of Santa Clara Pueblo, north of Santa Fe. We struck up a deep friendship and agreed to grow the rainbow corn on his land in Santa Clara Canyon… In 2005 through 2007, we grew plots of this corn… This ‘new blood’ would help strengthen the genetics of the rainbow corn… In the fourth year, 2008, we then planted only the rainbow corn. I took a range of the best selections I had, and planted it out to let it show its true colors.” 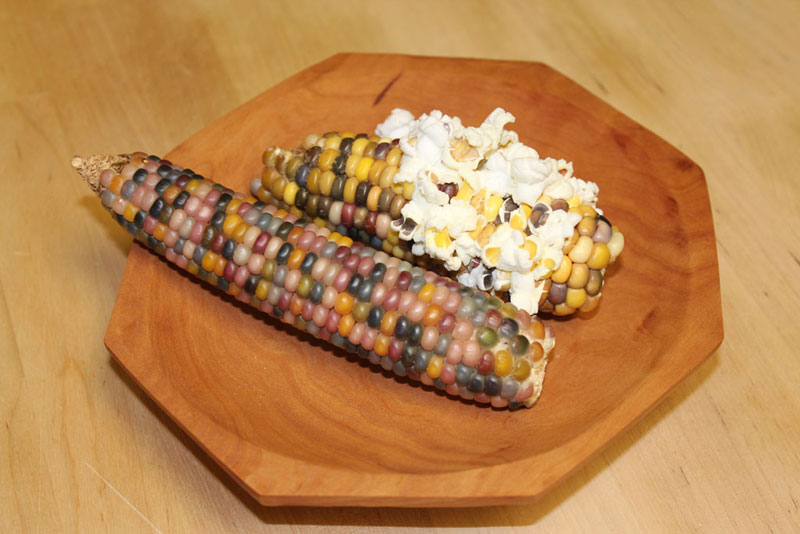 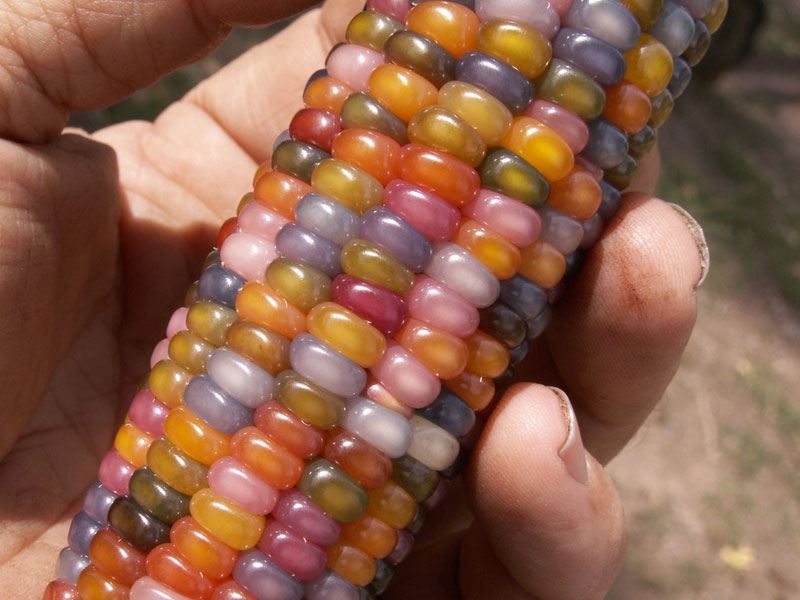 Schoen has since made a point of giving out samples of the seed to interested people around the world. Seeds have reached Kenya, Mexico, Israel and India. Schoen’s goal is to make sure the Glass Gem gets ‘out there’. In 2009, Shoen also gave many samples to Bill McDorman of Native Seeds/SEARCH a non-profit organization in Tuscon, Arizona that now sells the seeds. 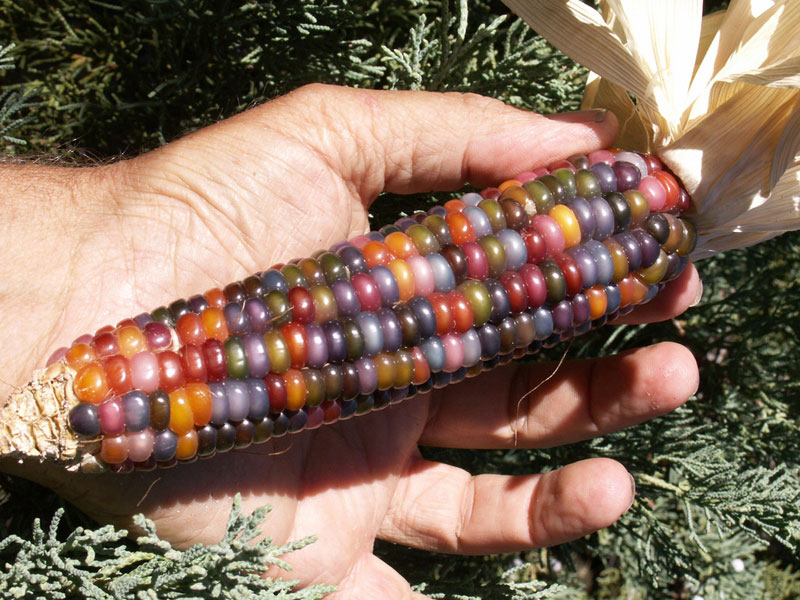 Glass Gem corn is one of nearly 2,000 unique and rare varieties conserved in the Native Seeds/SEARCH seed bank. A non-profit organization, Native Seeds/SEARCH conserves, distributes and documents the adapted and diverse varieties of agricultural seeds, their wild relatives and the role these seeds play in cultures of the American Southwest and northwest Mexico. They promote the use of these ancient crops and their wild relatives by gathering, safeguarding, and distributing their seeds to farming and gardening communities.

Proceeds from sales of Glass Gem seeds go towards supporting this mission. You can find more information here.

15 Surreal Landscapes Made from Food

Giant Living Artworks ‘Grown’ on the Rice Fields of Japan

18 National Flags Made From Food