The TED Prize is awarded annually to an exceptional individual who receives $100,000 and, much more important, “One Wish to Change the World.” Designed to leverage the TED community’s exceptional array of talent and resources, the Prize leads to collaborative initiatives with far-reaching impact.

The 2011 winner is photographer and street artist JR who’s work can be seen in the world’s biggest art gallery, the streets. Below is a small collection of his pervasive art and the questions it raises. Be sure to check out his site for more incredible work. Congratulations on winning 2011’s TED Prize JR!!! 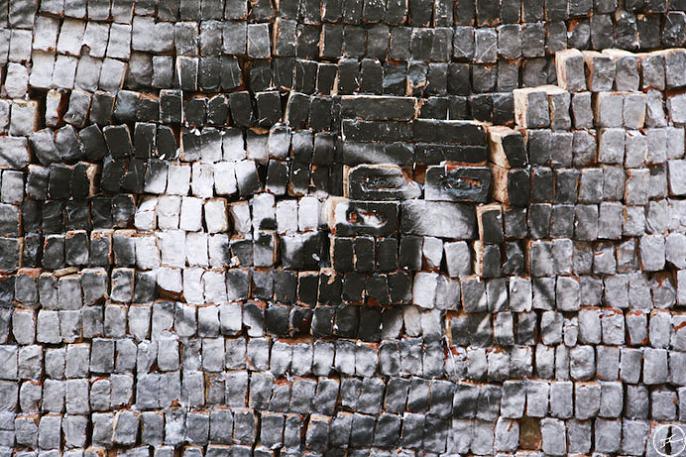 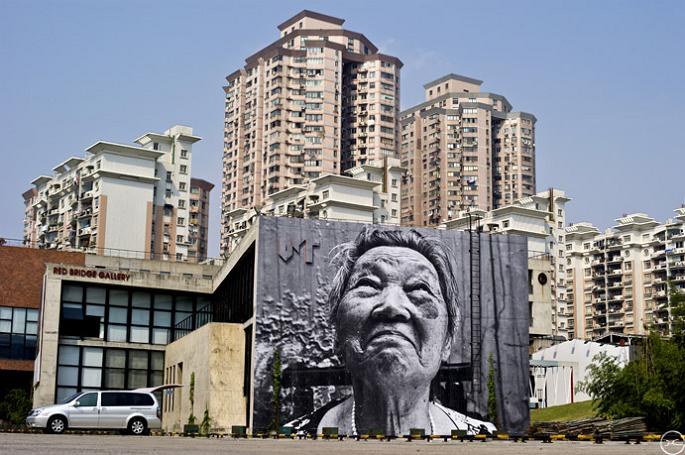 JR owns the biggest art gallery in the world. He exhibits freely in the streets of the world, catching the attention of people who are not the museum visitors. His work mixes Art and Act, talks about commitment, freedom, identity and limit.

After he found a camera in the Paris subway, he did a tour of European Street Art, tracking the people who communicate messages via the walls. Then, he started to work on the vertical limits, watching the people and the passage of life from the forbidden undergrounds and roofs of the capital.

In 2006, he achieved Portrait of a generation, portraits of the suburban “thugs” that he posted, in huge formats, in the bourgeois districts of Paris. This illegal project became “official” when the Paris City Hall wrapped its building with JR’s photos. 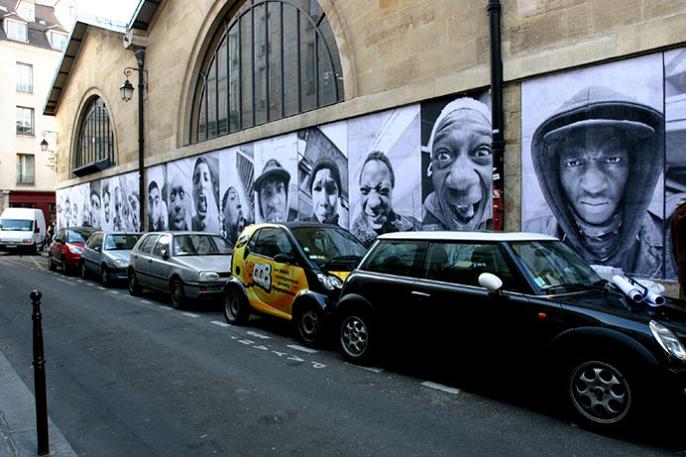 In 2007, with Marco, he did Face 2 Face, the biggest illegal photo exhibition ever. JR posted huge portraits of Israelis and Palestinians face to face in eight Palestinian and Israeli cities, and on the both sides of the Security fence / Separation wall. The experts said it would be impossible. Still, he did it. 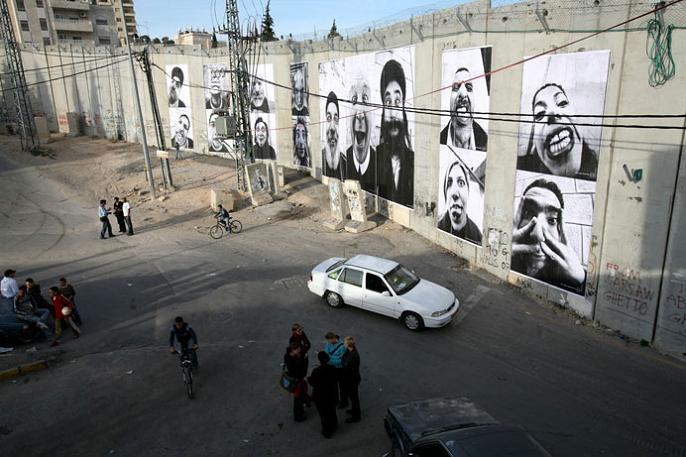 In 2008, he embarked for a long international trip for “Women”, a project in which he underlines the dignity of women who are often the targets of conflicts. Of course, it didn’t change the world, but sometimes a single laugher in an unexpected place makes you dream that it could. 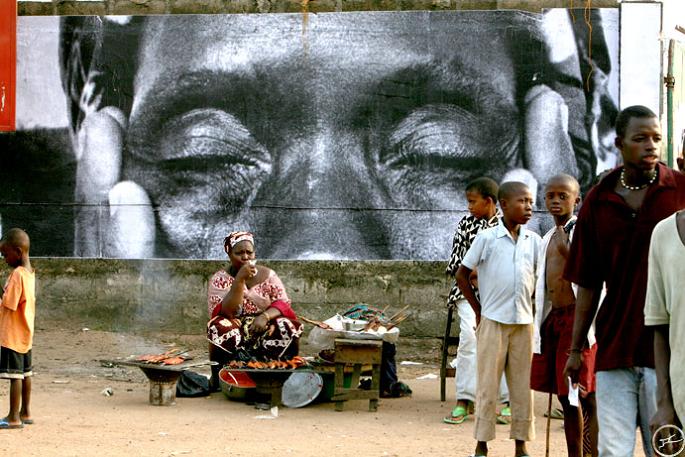 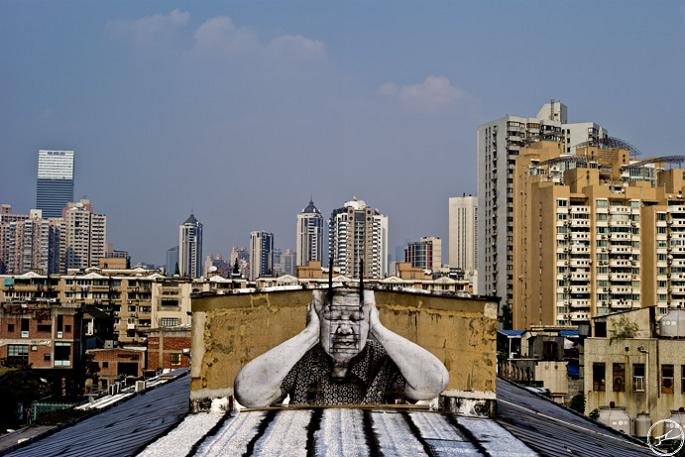 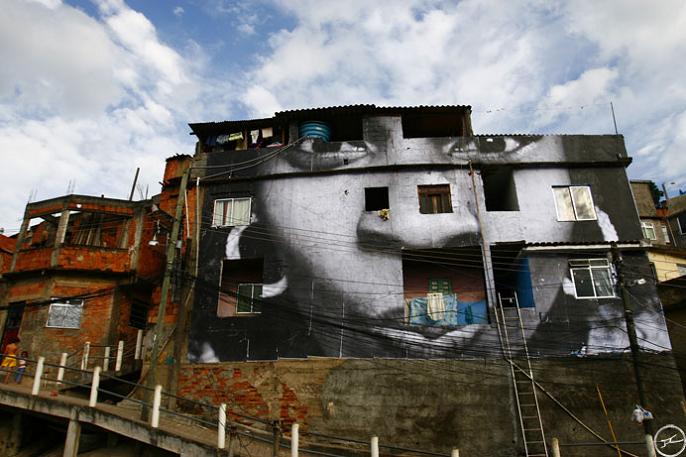 JR creates “Pervasive Art” that spreads uninvited on the buildings of the slums around Paris, on the walls in the Middle-East, on the broken bridges in Africa or the favelas in Brazil. People who often live with the bare minimum discover something absolutely unnecessary. And they don’t just see it, they make it. Some elderly women become models for a day; some kids turn artists for a week. In that Art scene, there is no stage to separate the actors from the spectators. 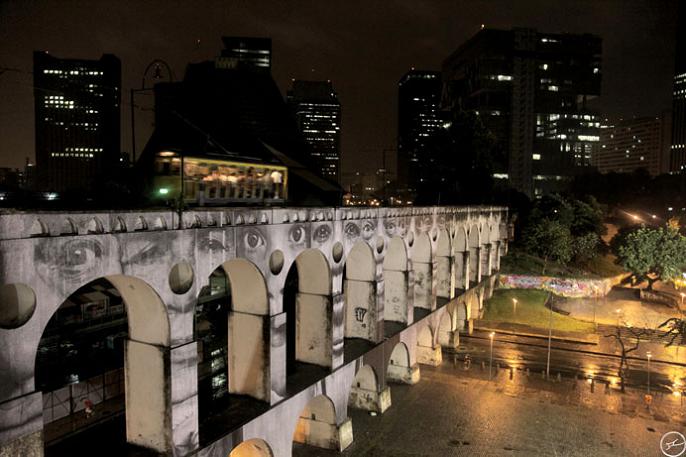 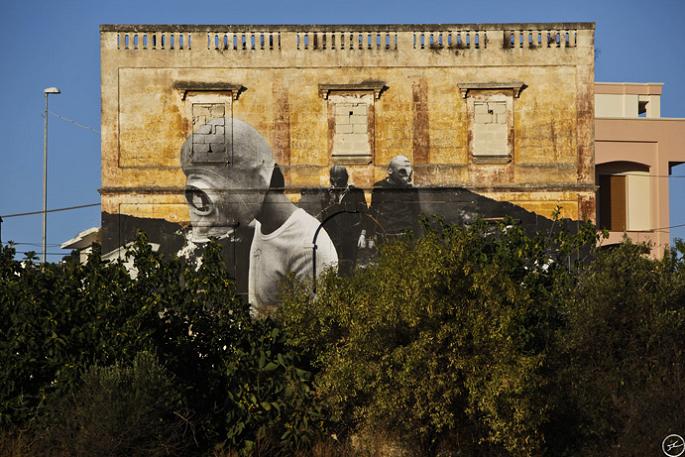 After these local exhibitions, the images are transported to London, New York, Berlin or Amsterdam where people interpret them in the light of their own personal experience.

As he remains anonymous and doesn’t explain his huge full frame portraits of people making faces, JR leaves the space empty for an encounter between the subject/protagonist and the passer-by/interpreter.

This is what JR is working on. Raising questions… 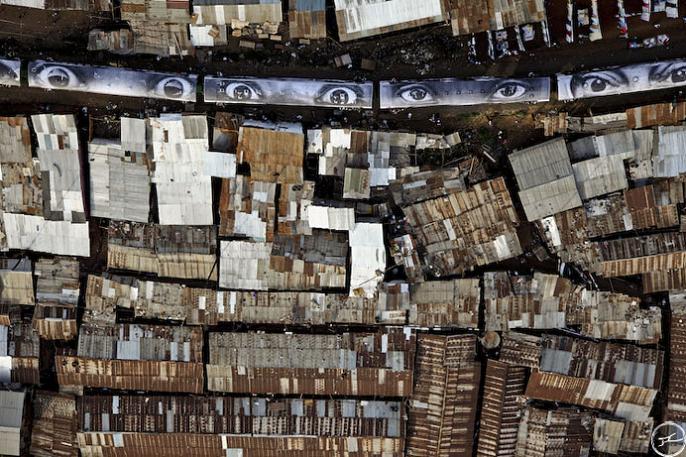 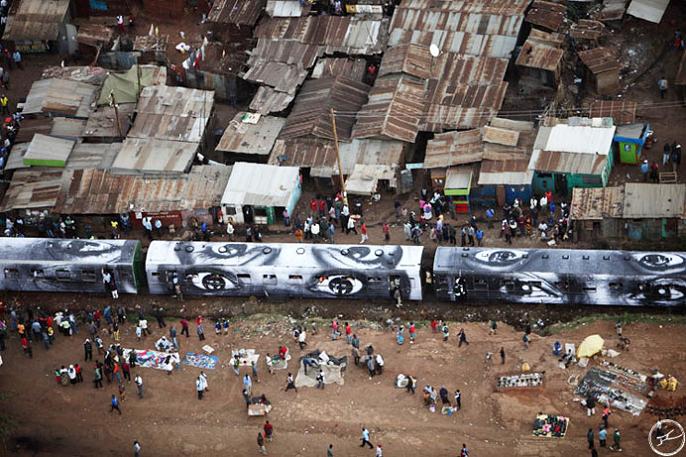 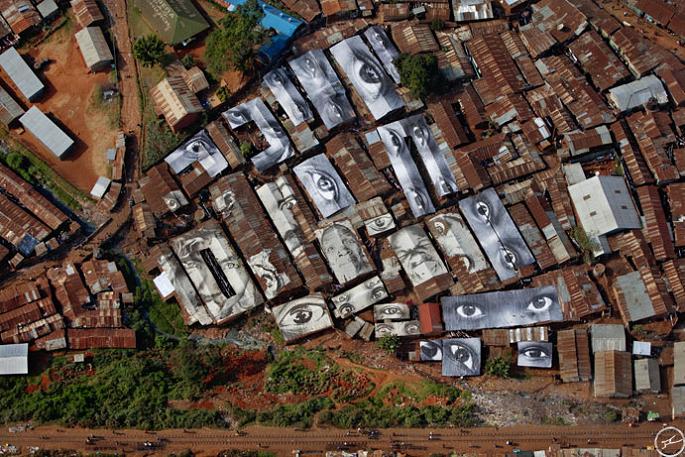 JR currently works on 2 new projects: Wrinkles of the City which questions the memory of a city and its inhabitants and Unframed, which reinterprets in huge formats photos from important photographers taken from the archives of museums. 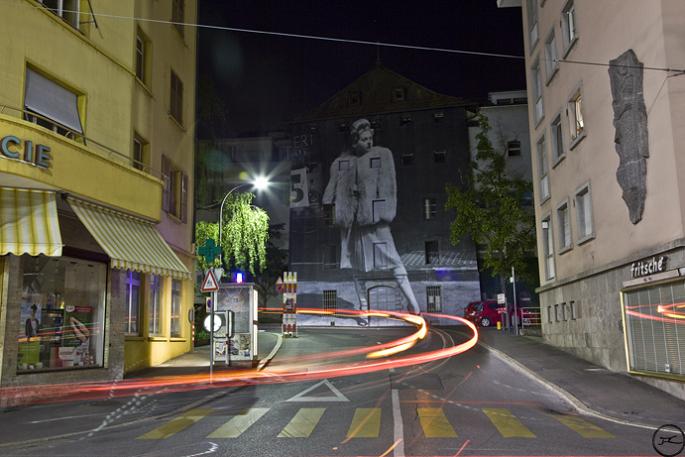 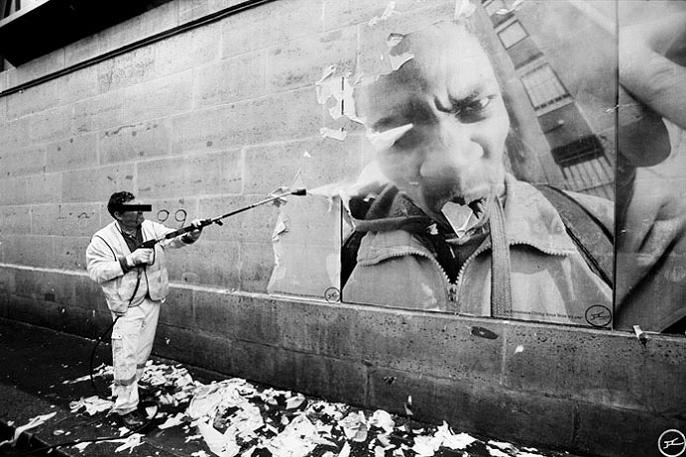 If you enjoyed this article, the Sifter highly recommends: BRILLIANT STREET ART BY MOBSTR