Remember floppy disks? Specifically those little 3.5″ diskettes that were the bees knees and cat’s meow? Popularized in the 80s and 90s, they wouldn’t hold the equivalent of one mp3 file. Nick Gentry also remembers those times. He’s taken his artistic ability and applied it to storage devices of yester year. Come take a trip down memory lane…


Since graduating from Central St Martins in 2006, the focus has been to explore how technological advancement is affecting society. Throughout history, information has always been recorded on physical objects. Important documents, favourite songs, videos and more were stored on mountains of tapes, polaroids, cassettes and disks. As media is rapidly absorbed into the World Wide Web the rich variety of formats of the past are becoming obsolete. 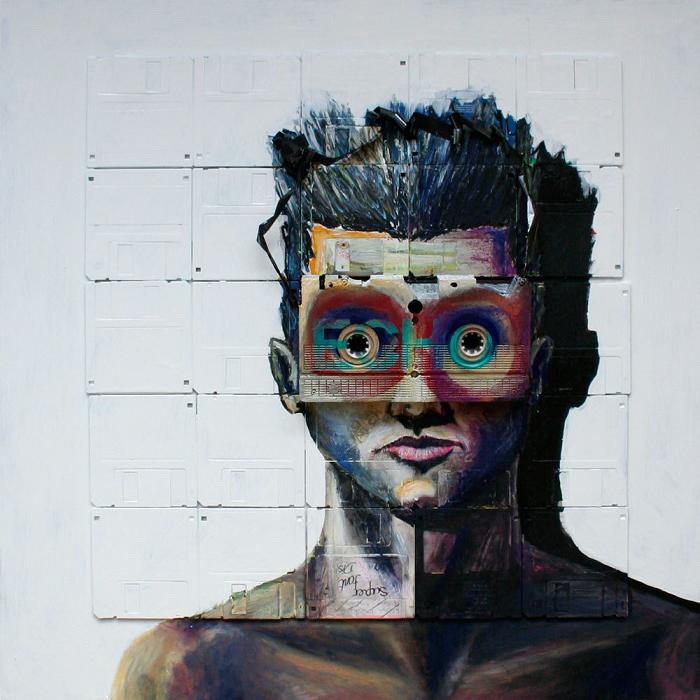 This represents a big shift away from physical, real world objects, driving towards a human existence that is ultimately governed by billions of invisible data files. This release of information from the physical form allows personal data and identities to now be revealed and infinitely shared online. At the same time many of us consider individuality and privacy to be more precious than ever. Will humans be forever compatible with our own technology? 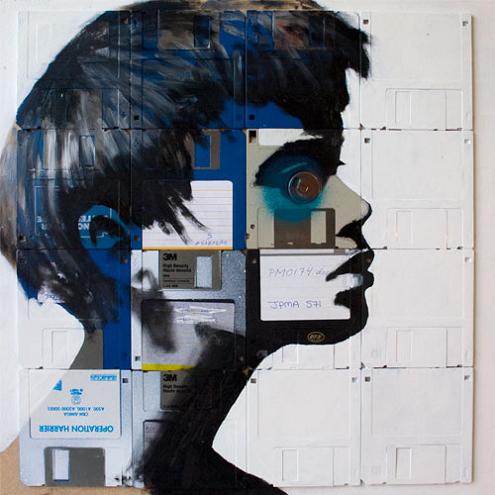 
Each floppy disk used in the paintings has a history and story of its own. It represents the increasing pace of the modern life cycle, where objects are created, used and disposed of quicker than ever. To challenge this notion, as these personal artefacts of life are cast aside, the obsolete are now given new life and a renewed purpose by using them as a medium for art. 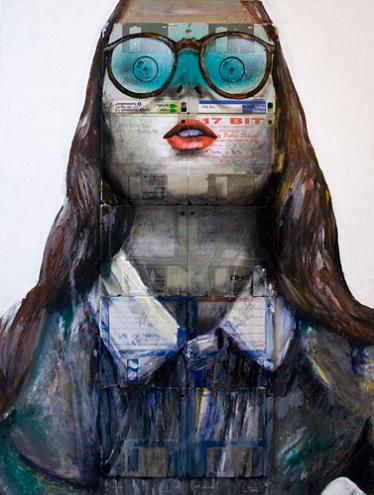 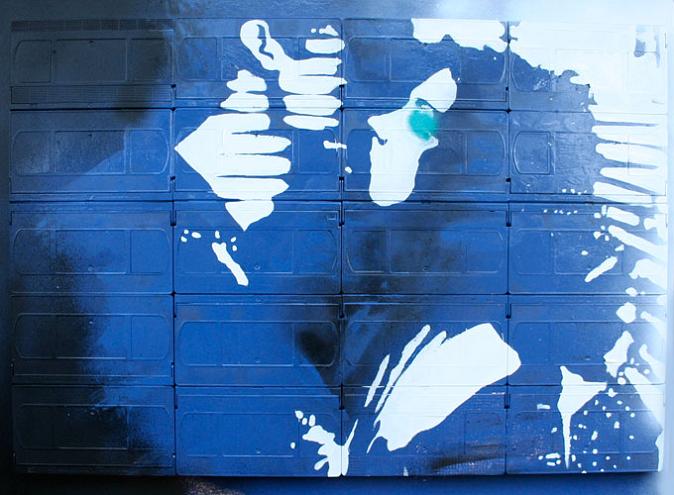 If you enjoyed this article, the Sifter highly recommends: This is Art…with Packaging Tape! Meet Mark Jenkins