Back in 2010, Joe Fenton undertook an ambitious new project titled, Solitude. A massive 8ft wide by 5ft tall (2.4m x 1.5m) drawing made of graphite and later outlined in ink and acrylic. Ten months later and Joe’s gigantic illustration is a sight to behold, combining a dizzying number of images and religious references into one large-scale piece. Check out the progression of this project below and be sure to visit his website JOEFENTONART.COM for more pictures and information. 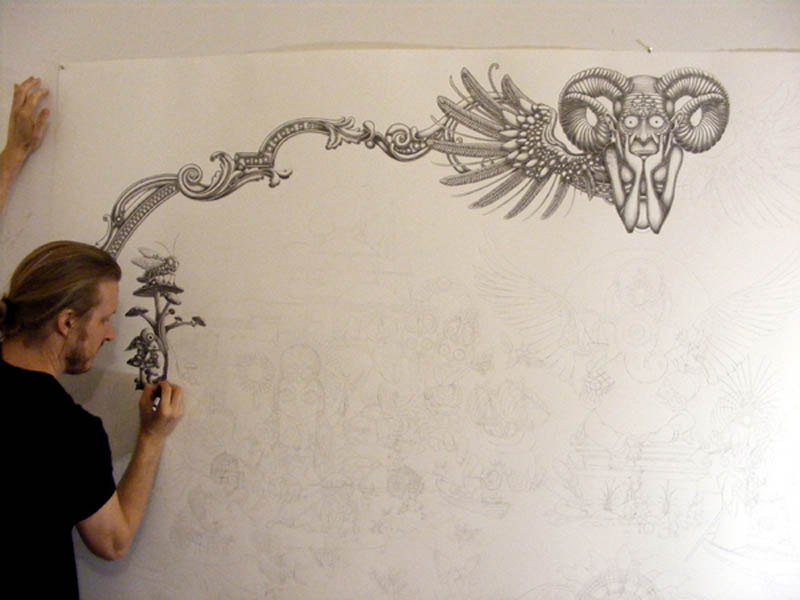 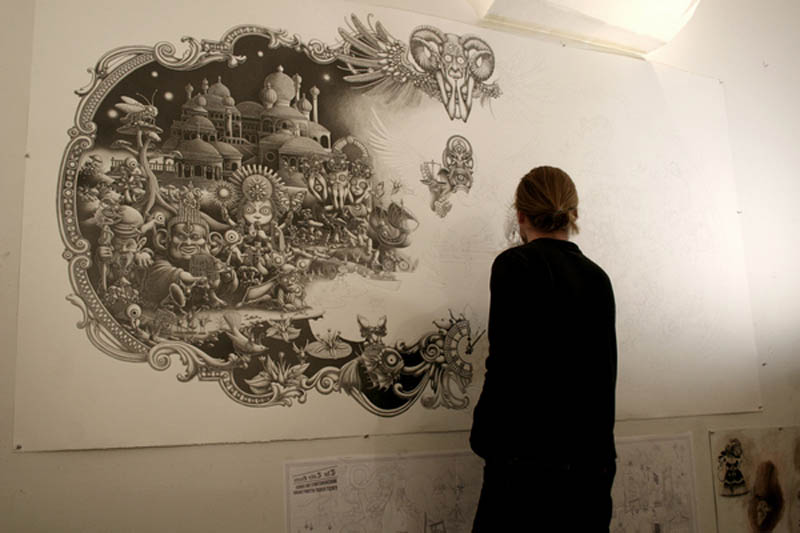 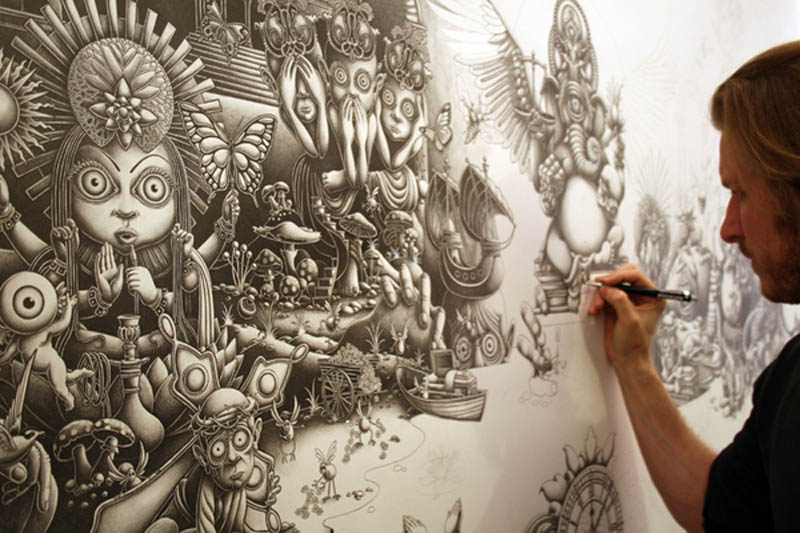 After studying sculpting at the Wimbledon School of Art, Joe went on to work for a few years in the film industry for directors such as Terry Gilliam and for companies such as Disney and Miramax as a film concept designer and sculptor in both London and Prague. He then moved to New York where he received his first publishing contract with Simon & Schuster for his children’s book as illustrator and writer of What’s under the bed?

What’s under the bed? was selected by Cheerios spoonful of stories programme to be resized and placed in 1.5 million boxes of Cheerios in the USA. Fenton’s second book titled Boo! came out in August 2010. Joe is currently working on his third book. Fenton also recently won the best artist of North West Region for the Russell Simmon’s Bombay Sapphire Artisan Series. He was one of twenty finalists selected out of thousands across the USA to show at the 2010 Miami Art Basel in Miami, Florida.

Joe’s personal work is inspired by some of the early surrealists like Hieronymous Bosch and Breugal. Children’s illustrators like Arthur Rackham and Wayne Anderson, and not forgetting to mention the graphic excellence of M.C. Escher. 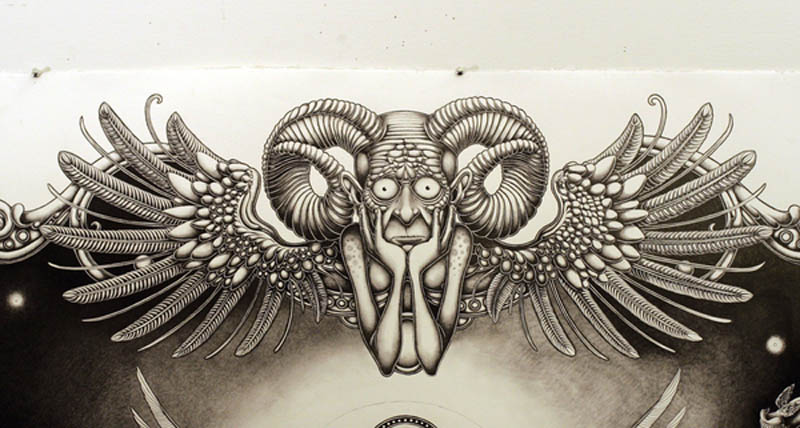 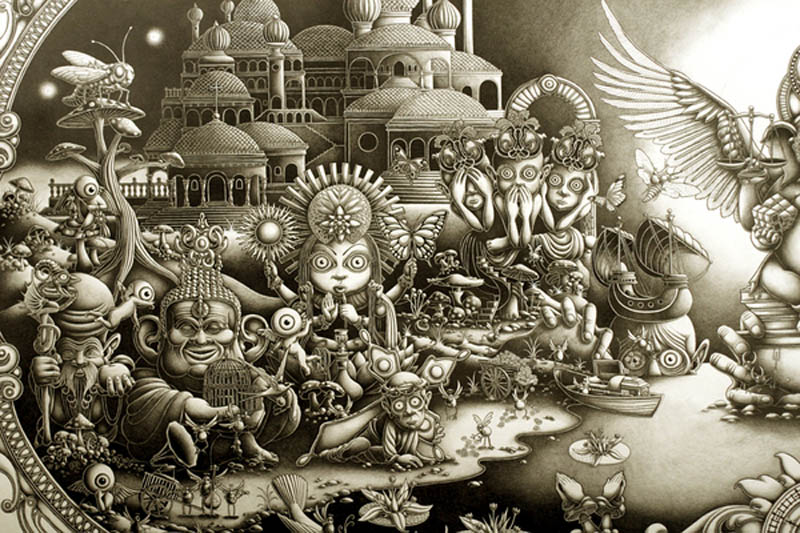 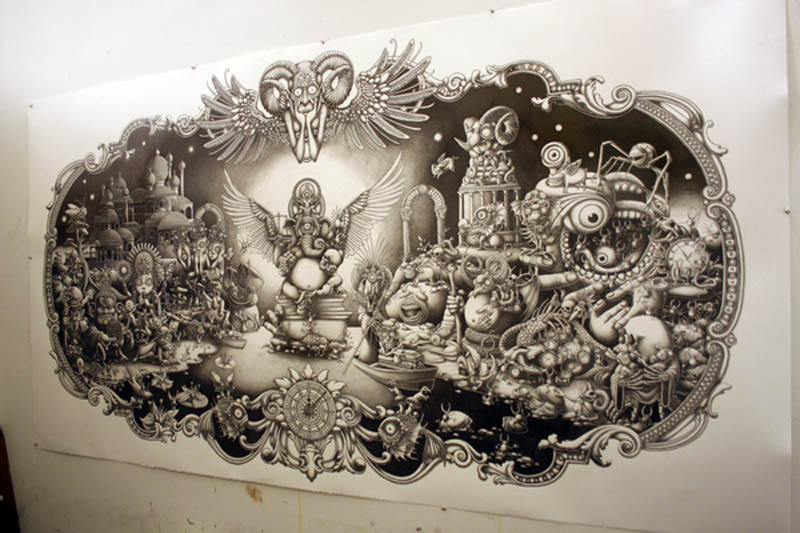 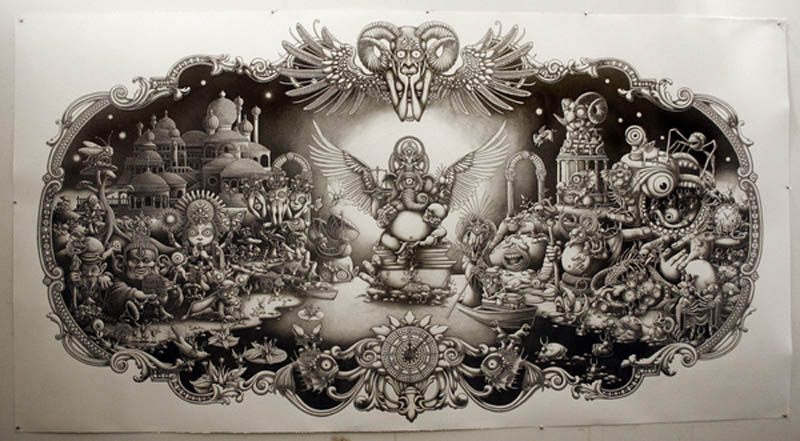