Awesome Street Art by Best Ever

Photograph by Best Ever

Hailing from the coastal resort town of Bournemouth in Dorset, England; Neil and Hadley make up the artistic duo better known as ‘Best Ever’. Both have graffiti backgrounds to compliment their skills in photorealism. This creates an interesting contrast in much of their street art. Check out the slick work below along with snippets of information found in an interview the duo did with UK Adapta. Enjoy!

HOW DID ‘BEST EVER’ BEGIN?

Neil: We’ve been painting for about 15 years now and I started in the 54 crew, doing straight up, commercial photorealism pieces. I then bumped into Hadley in Bournemouth who mentioned that we should try working together. It turned out that we actually have very similar ideas. So we started collaborating on some work and we liked how it turned out. This was just over a year ago. 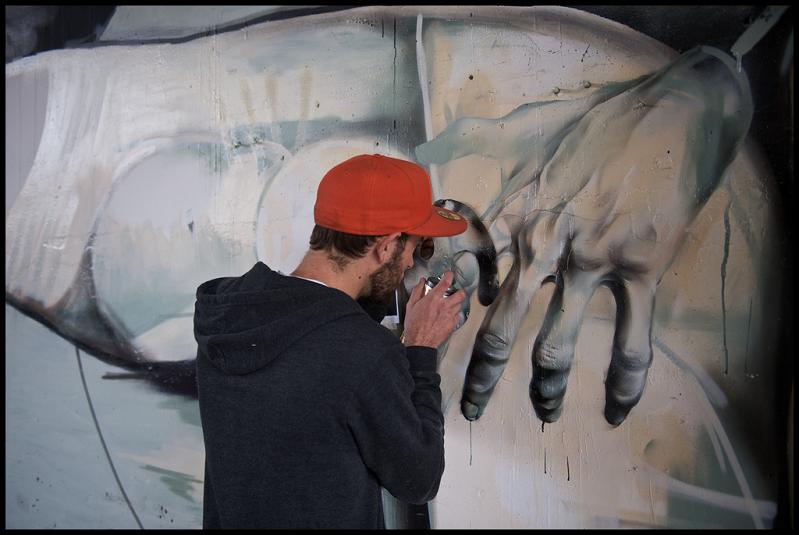 DESCRIBE YOUR STYLE AND YOUR WORK

Hadley: I think it’s an anatomical and surgical way of looking at human figures. It’s mainly about death and disease. I like painting the things that you don’t see in a human but we know they are there; different angles, bones, blood and cells; even working out calculations that occur by just keeping a body alive.

Neil: How fragile the human body is and how weak we all are as forms.

Hadley: Yeah, it’s amazing how fast a body can decay through disease taking over.

Neil: I remember when we first started painting, one thing you said that we wanted to come across in our work and both really agreed on, was that a lot of representations of the human body make it look really beautiful. We wanted to challenge this notion and say that the body isn’t really that beautiful and humans aren’t that nice to look at. 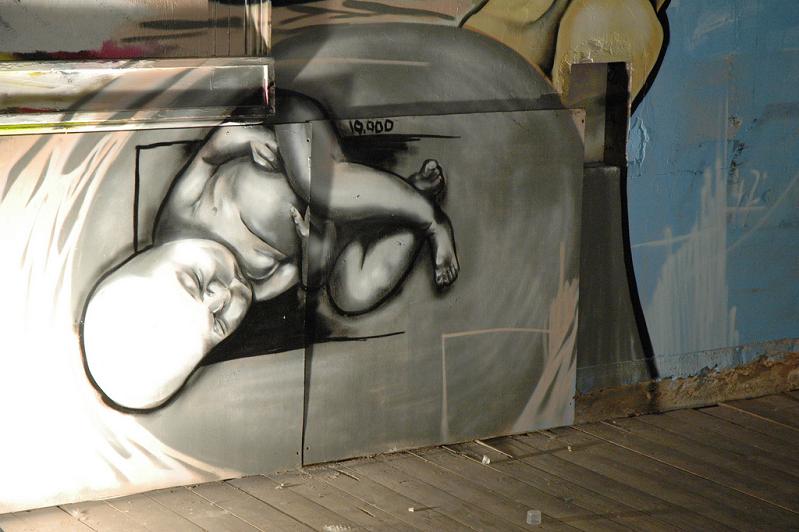 HOW DO YOU WORK TOGETHER?

Hadley: Normally I will start by throwing some paint at the wall and begin to make lines and angles in a very loose style. From there on, we never know who is going to work on what part. It really varies from piece to piece, in terms of who does the photorealism part, who does the loose sketch part. Some canvases have more input by me and other parts have more input from Neil.

Neil: A lot of times it will start from a really loose idea and then Hadley might lay down some ideas in his sketch book and then we will add more and more realism elements. Our work always evolves and you can never tell from the initial sketch what the final outcome will be.

Neil: We’d be foolish not to mention Herakut at this stage. We get a lot of parallels with them and there have been a lot of negative statements, saying that we are biting their style. We tend not to pay too much attention to these kinds of comments. Technically-speaking, they work extremely well together as a duo, with Akut’s photorealistic style and Hera’s sketchy style blending really well.

Hadley: Yeah, I would say that our techniques are similar, but in the same way a stencil artists techniques are similar or any painter using a brush but our ideas ,colours, concepts, compositions are completely different. But for me I draw more inspiration from artists like Blu or JR for the sheer scale that they work at.

Neil: Blu’s work is great because of its simplicity and the directness of the message that he is trying to get across. A lot of streetartists have something to say with their work and it is normally done in such an obvious fashion, but Blu has this way of visualizing his ideas and message which is so clever. 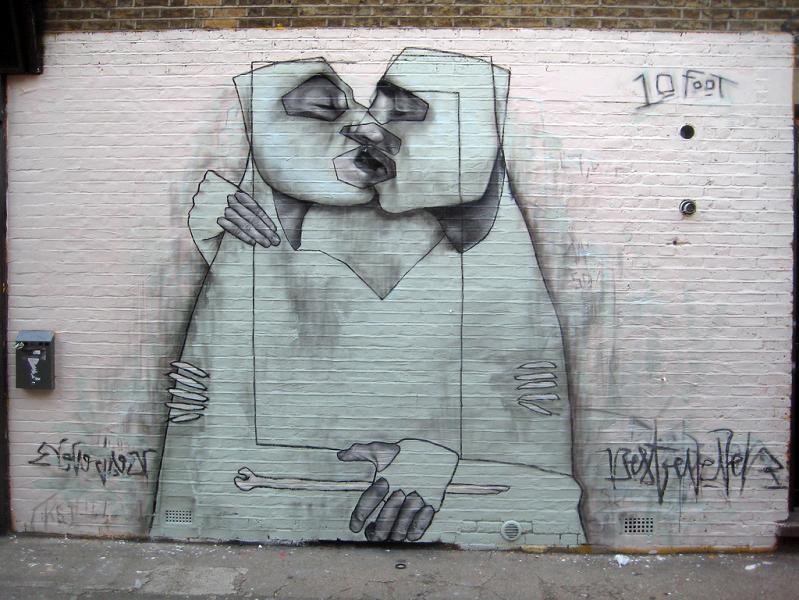 Neil: It will feel really strange to do at first, but really try to only paint what comes from within you. Don’t try and pander to someone else’s market. It’s a mistake that we have made in the past and I think that it’s really important to learn from it. Don’t paint what you think might sell, as it can show through in your work. Generally, people can recognise integrity and know when you are being honest. The truth will always win in the end. 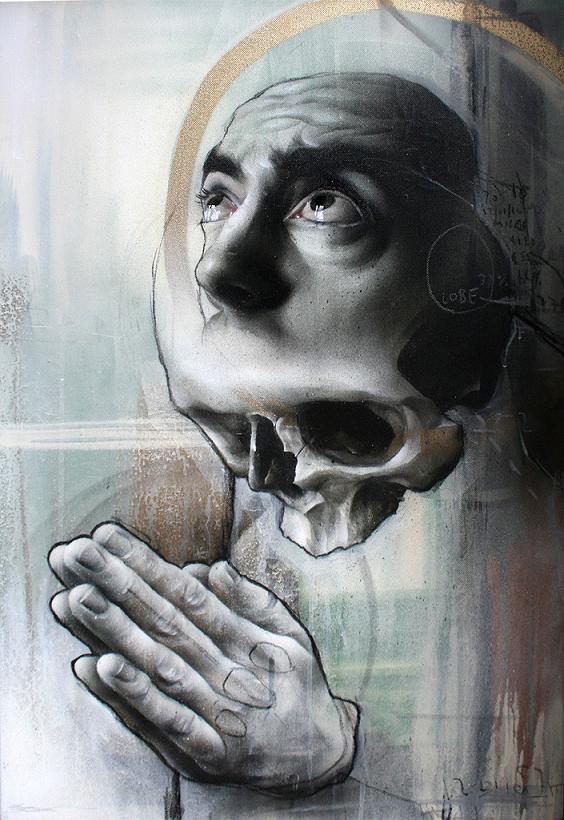 Photograph by Best Ever

If you enjoyed this article, the Sifter highly recommends: Nature’s Revenge by Ludo 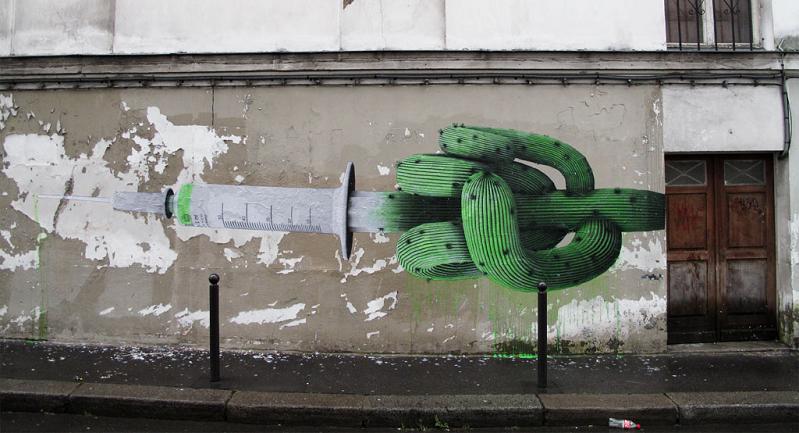