Mark Jenkins makes art from tape. Packaging tape to be exact. From babies to giraffes and back again, Mr. Jenkins places his work in odd spaces; causing confusion, anger and laughter. The Sifter explores his work, influences and thoughts on street art. 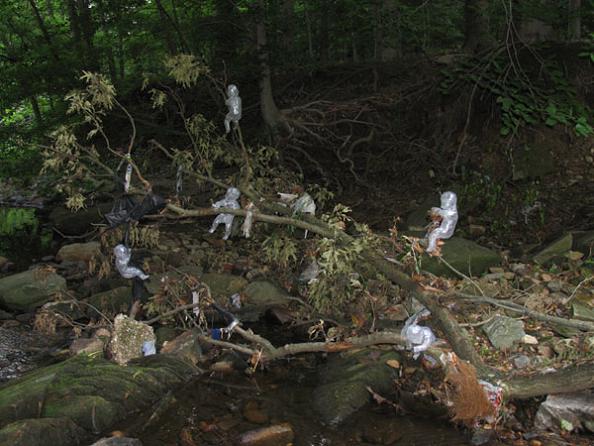 “I live in Washington D.C. I have a girlfriend who is crazy and keeps me on edge and goes out with me when I do installations. I have traveled a lot, mostly in South America, and it’s given me a better perspective on people and cultures”

“I have a pretty strong background in music. I started playing the saxophone in grade school and continued on into college. Later, I quit the symphony and joined a funk band, and then finally found my niche in rap-electronica. My interest in installation sculpture came from seeing a Juan Muñoz exhibit at the Hirshhorn Museum in Washington, D.C., in 2001.
Installation didn’t have a meaning to me in an artistic context. I’d just thought of sculptures as stand alone objects that caved in on themselves, not something to use to affect space around it. So for me it was a radical shift in the way I saw the use of art objects.”

“Other artists who I feel a strong connection with include Artur Barrio who also lived in Rio and did outdoor installations, the electronic musician Richard D. James (Aphex Twin) and Albert Camus’s writings in The Myth of Sisyphus about the notion of the absurd universe”

He also cites his major influence as the film based on Gabriel Garcia Marquez’s story, A very old man with enormous wings

“Everything in this movie—the angel, the spider woman, the middle music video portion where they dance with fish over their heads—is really inspirational and I think this story captures the essence of life: that the surreal and absurd are all around us and should be enjoyed and built upon until it becomes a spirituality in its own right.” 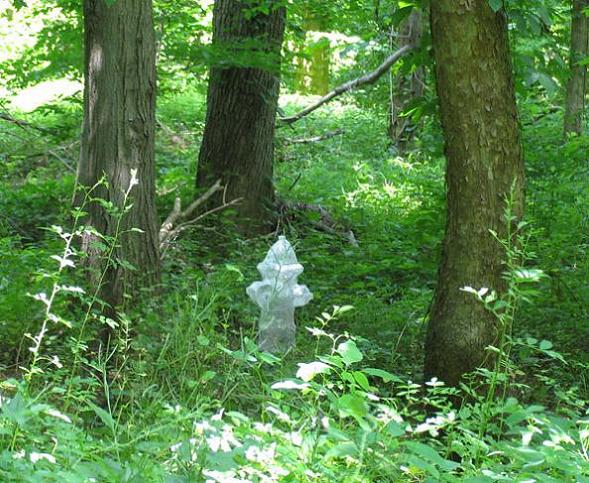 “There is opposition, and risk, but I think that just shows that street art is the sort of frontier where the leading edge really does have to chew through the ice. And it’s good for people to remember public space is a battleground, with the government, advertisers and artists all mixing and mashing, and even now the strange cross-pollination taking place as street artists sometimes become brands, and brands camouflaging as street art creating complex hybrids or impersonators. I think it’s understanding the strangeness of the playing field where you’ll realize that painting street artists and writers, as the bad guys is a shallow view.”

“Interfacing street sculpture in public space creates an installation environment that turns regular space into art space. Signs and people and everything around a street sculpture—they all become part of it. A two-dimensional work, being confined to surfaces, doesn’t have as much of a capacity.”

“I think my point is that visual outliers are what’s needed to keep the environment stimulating, but unfortunately the only visual content that’s updated with any real frequency are commercial advertising spaces. This is why the ephemeral nature of street art is so essential—because it creates a visual heartbeat in the city by people who are living in it, rather than just marketing to it. But what does the city do with these works? They remove them as quickly as possible and threaten to put the people who make them in jail.”

I vote for all parking meters to be converted to lollipops

“Making tape casts of objects is a trick I figured out when I was a kid. It must have been in second or third grade that I cast a pencil in class. The teacher told me something like “don’t waste tape” and I kind of left it at that until 20 or so years later. Right then, I was teaching English in Rio de Janeiro and had a lot of downtime between classes. One afternoon I’d made a large tinfoil ball, just to have something to play catch with while lying on the sofa. I decided to make a second one out of tape, but there wasn’t enough left on the roll to do it. The trick I’d figured out as a kid popped back into my head, and I cast the tinfoil ball with the tape. I was impressed with the results and decided to do a coffee pot. A couple months later, I’d gone through several hundred rolls, casting everything in my flat, including myself. The walls were thin in my apartment building, and my neighbours weren’t too thrilled at the sounds of packing tape spinning off the roll all night and day. One annoyed neighbour threw mud at my clothes drying on the window ledge, but I couldn’t be stopped.”

“Its been as much a social experiment as it is an art project. If it gets urbanites to question the authenticity of their surroundings that’s good. But to me, the need for meaning is a human convention that doesn’t really sync with the universe at large so I never feel a pressure or strong desire to explain or justify myself.”

“The process is really simple: wrap the object and/or person (perhaps yourself), and then cover it using the plastic film. Then wrap this figure in packing tape. Take a pair of scissors or a knife and cut one end. Take the cast out from inside and then seal the hole. Your model is now ready”

“Natural environments are another installation space I like to explore with sculpture and I like the juxtaposition of natural greens and browns versus the artificial clear plastic. I think they complement each other well on an aesthetic level.”

“The faces lack detail, but I favor this because it allows the installation environment to affect sentiment without a facial expression to contend with” 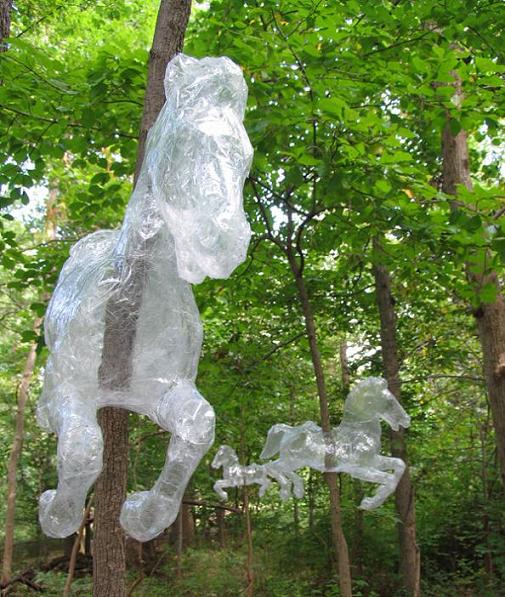 Be sure to check out Mark Jenkins’ Website for More Amazing Works and Projects: www.xmarkjenkinsx.com 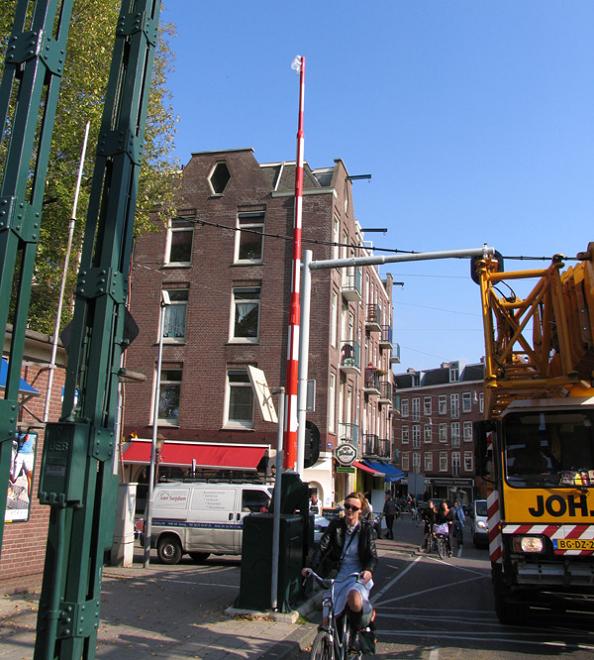 Any thoughts on how he placed this one? 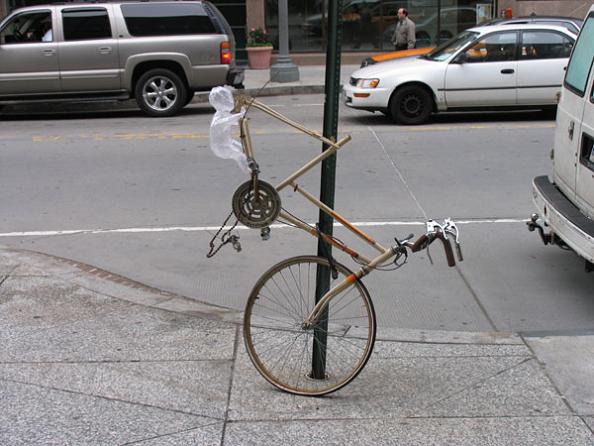 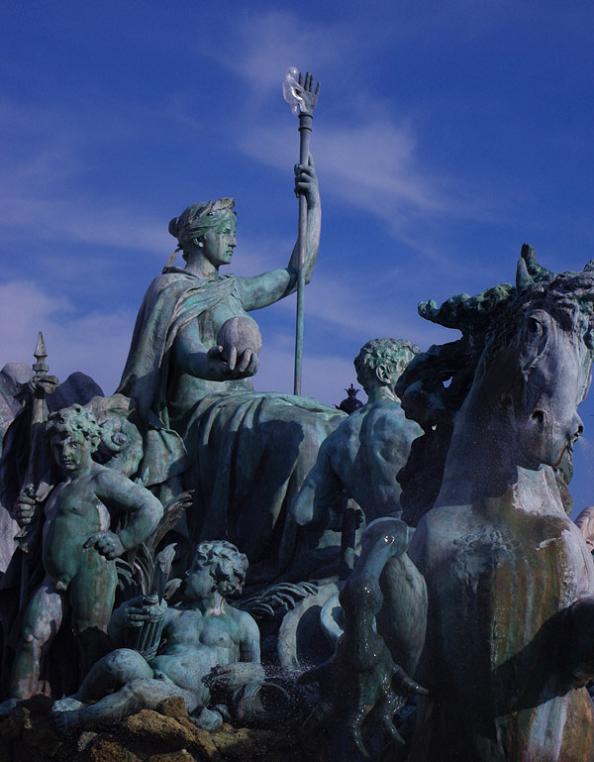 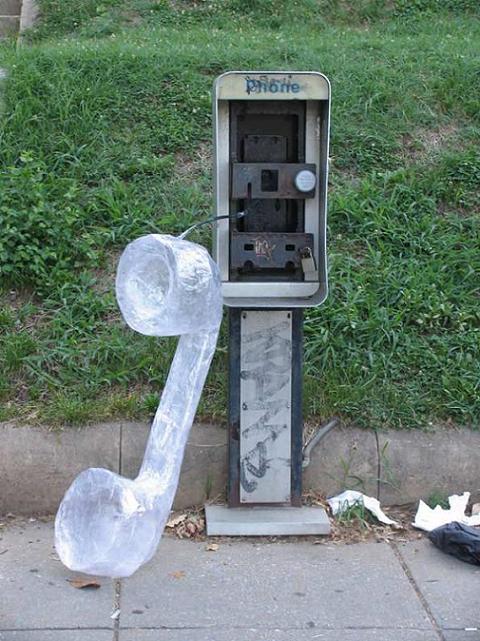