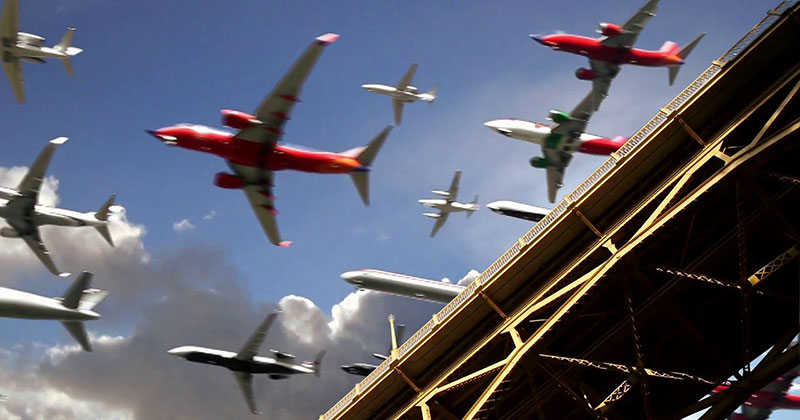 In a series of fascinating short films, artist and filmmaker Cy Kuckenbaker explores a new wrinkle on time-lapse photography which he has termed as ‘time collapses’.

The technique ‘collapses time to reveal otherwise unobservable rhythms and movement’. There are no CG elements, instead specific elements have been separated from their original shots and compiled together.

Kuckenbaker received his MFA in film direction from the California Institute of the Arts in 2006 and was the recipient of a Fulbright Fellowship in 2004. He is the director of fiction and documentary films that have screened at domestic and international film festivals including MoMA NY, Centre Pompidou Paris, The LAFF, The Vancouver IFF, the Viennale and many more.